Despite this weeks theme being probably one of my favourites, I felt especially uninspired. For some reason I couldn’t think of three bookish movies that I like. There are definitely more but I feel like I would need to go more scene by scene for that to happen. Many characters being bookish, reading books and just having a bookish demeanour. But in a movie that’s not necessarily bookish itself. Anyway I did end up with three, one of which is mediocre in my eyes.

With the first of my picks I feel a little less inspired. I remember this one well though, since I just recently watched it. It’s based on Jack Kerouac’s book and follows Sal who is writing his book. It’s definitely good in terms of showing how this particular book got to be. I guess, I haven’t read the book myself. Anyway, Sam Riley’s Sal is kinda cute here and the movie is sort of bookish. They do talk about books at times. And poetry. The writing aspect of this movie also works and the idea is good.

Have I ever mentioned this? I guess I haven’t even though I don’t necessarily have anything bad to say about it. Is it a masterpiece, no, is it bookish, yes. Secret Window stars Johnny Depp as a writer. I can’t remember the specifics but it is a thriller and I remember he was in a cabin. Was there drinking? Was there some sort of strange things happening? Might have been. I can’t remember but I do remember that I liked it. Or at least enjoyed it as much as I could. Ah, and the main character is writing a book of course. 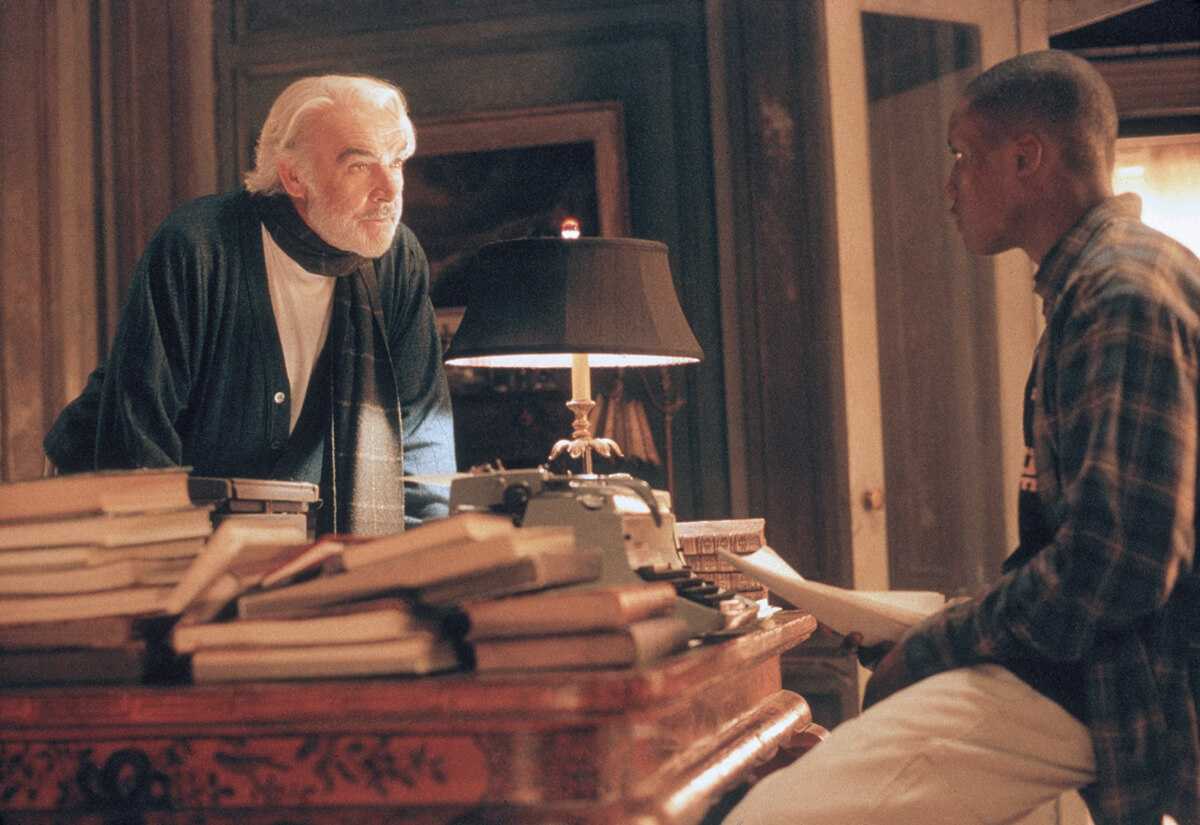 Ending it with my favourite since this list can’t stay mediocre. Finding Forrester is one of those movies that glides slowly  but still keeps you invested. It has Sean Connery’s second to last performance and it’s Rob Brown’s debut movie. Almost fitting how it all came to be. Anyway, it’s about writing. It talks about writing, it revolves around writing. Though Brown’s character is not necessarily writing a book, he is becoming a writer. And Connery’s character has written a novel way back when and well, is teaching the kid. It’s really a good character movie. I never get tired of it.