Isn’t everything an adaptation these days? I feel like most of what we see is either a remake or an adaptation of a book or a comic book. So it’s not as easy to swim through the amount of adaptations without focus. My focus – adaptations where I have read the book and thought the movie made it work or even elevated it. Oh and also, focusing mostly on the young adult genre adaptations. 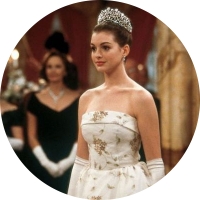 I think this was probably the first teen movie I really fangirled over after reading the book and everything. Like this, this was my jam! Sure, it isn’t the best thing out there but as far as teen comedies go, The Princess Diaries is high up there with such classics as Mean Girls. At least for me. Garry Marshall who directed it, had a pretty great career in romance as well. There are some real treasures in his resume, including Pretty Woman (which will forever remain one of my favourites as well) and Overboard (a must classic!). Plus it’s probably my favourite Anne Hathaway performance. 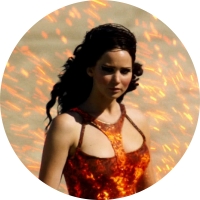 Not only is the second movie in The Hunger Games saga better than the first, it’s also a far superior adaptation. There is a lot more action to work with, a lot more interactions with characters and it adds to the difficulty of making Catching Fire work. But oh boy, not even sorry to say this, but it’s one hell of a good movie. I mean, sure, it hasn’t stood the test of time but when it came out, I loved it. Still have a small place for it in my heart as it was the first movie I remember seeing twice in the cinema. The second book was also my favourite from the entire series. Oh and team Peeta all the way, even though I have a soft spot for Liam Hemsworth now that Miley went nuts and broke his heart. 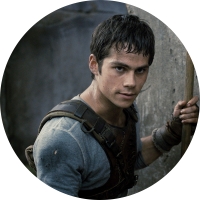 If you thought the movie had some weaknesses, you should have read the book. Filled with such bad plot lines, messy character building and forgettable conversations – The Maze Runner movie adaptation was a real improvement from its source material.  Plus, this came out during my Dylan O’Brien fangirl high moment, so I was all over it. While the entire franchise eventually bombed and almost killed O’Brien (he was seriously injured in a stunt gone wrong. Pulled from one vehicle, he was reportedly struck by another, leaving him with a concussion, facial fracture, and brain trauma among his injuries.) So like, just for that, watch this trilogy for what it is – an entertaining effort that O’Brien almost died for.