With multiple roles theme, I had an instant thought to go for the easy way out and pick twins. There are many actors who have played both twin versions, and it would have been fun. But.. I decided to go with a less obvious route. Meaning, I’m recommending three movies where actors play multiple roles but aren’t necessarily the same person. You would say it’s a doppelgänger theme within a theme, except one, which is totally different. It’s a bit of a mixed bag but no twins were involved. All of these multiple roles picks come from movies with single word titles as well. 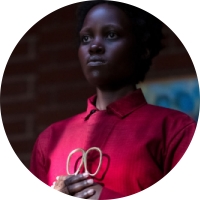 Let’s get my least favourite out of the way first. Not that Us is bad, it’s just not as powerful as Get Out. Anyway, this is not the point. The point is that Us has many actors playing multiple roles with their counterparts rising from.. “hell”? Now, not sure where they are actually coming from, I know they explained it to us but I still don’t get this movie. Anyway, the performance of the main family is what I want to emphasise. Not just Lupita Nyong’o, who had the most to do, but also the rest. In terms of visuals and actors looking like themselves and not looking like themselves, Us nailed it. 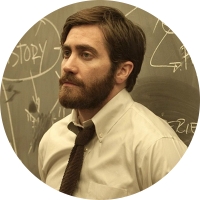 Now, the next two are movies that I absolutely love. First up we have Enemy with Jake Gyllenhaal playing multiple roles. Two to be exact. He is different men but they look very similar. This movie is also very twisted and I would recommend going in completely blind if you haven’t seen it yet. This also proves, even though it doesn’t need proving, that Jake is great! He fits these types of movies so well. I would say my favourite performance is still Nightcrawler, but Enemy double Jake is close second. Anyway, good movie, great performance in multiple roles. Awesome beard. 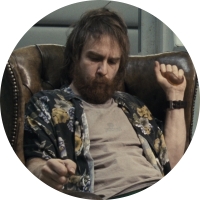 Again, one of my favourites and it’s no lie, it’s partly because of Sam Rockwell. I discovered this movie for myself quite late. Had no idea what I was walking into either because I didn’t watch the trailer. Don’t spoil twists in trailer, guys. Anyway, due to some unforeseen things Rockwell’s character is suddenly faced with.. himself. Playing multiple roles here, Rockwell shines in all of them. It’s a great sci-fi movie that I love for its minimal approach. Moon depends heavily on Rockwell’s performance and man, does he deliver. He doesn’t have to be big or loud, he just has to do his thing. And for that, Moon is one of my favourite movies. Boom.