Looking back at 2019 releases and picking three recommendations (as I usually do) is very difficult. There could be multiple themes within a theme I could go with but I would still need to make a difficult choice. So I’m making it super easy for myself by picking a specific genre and its three (not less nor more) 2019 releases I saw – documentaries. 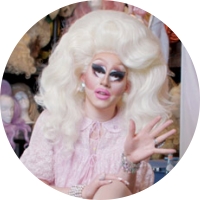 This was an April release but I saw it right before the end of the year (shame on me). Being a fan of Trixie aka Brian Firkus for a while now, I was excited to finally see this and it didn’t disappoint. While not maybe the most grounded documentary, with less about a central idea, and more about sharing the journey, Moving Parts shows us the backstage of drag. I can understand that this isn’t best for those who have no idea who Trixie is or what she is all about but it’s still an interesting experience. But for those who have been following RuPaul’s Drag Race will find this to be a delightful snack for sure. 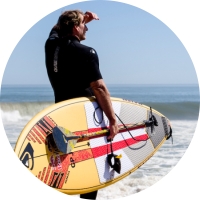 Next two up are sports documentaries and both have a very special meaning to me. First, The Longest Wave which is about Robby Naish, a windsurfer and a 24-time world champion. You may think, oh wait, what special meaning could this one have? Glad you asked. I happened to get a chance to interview Naish for work and it was a special experience for sure. It was not my first phone interview but it was definitely my first interview with somebody who is well-known in their field. The interview went well and everyone involved thought I was a professional journalist. Fake it until you make it I guess! The Longest Wave is in an essence a documentary that gives you a deep understanding of this man who has spent most of his life in water. It’s directed by Joe Berlinger who also directed Extremely Wicked, Shockingly Evil and Vile.

Finally, it’s time to spread some love for another Estonian movie that really blew me away. This is a documentary about our rally driver Ott Tänak. This was released early 2019, during a year he went on won six overall rallies and was crowned the world champion. Ott Tänak the Movie is an emotional documentary because his road to the top has not been easy. I’ll admit, I cried during this. Part of it is because I’ve been following WRC for a while now and I’m invested. Another part is that this documentary isn’t afraid to show the failures. And you can feel how these failures affected not just Ott himself but also his co-driver Martin Järveoja. Anyway, it’s available online to watch for 5,90€ HERE if anyone else follows WRC and is curious (not an ad btw).