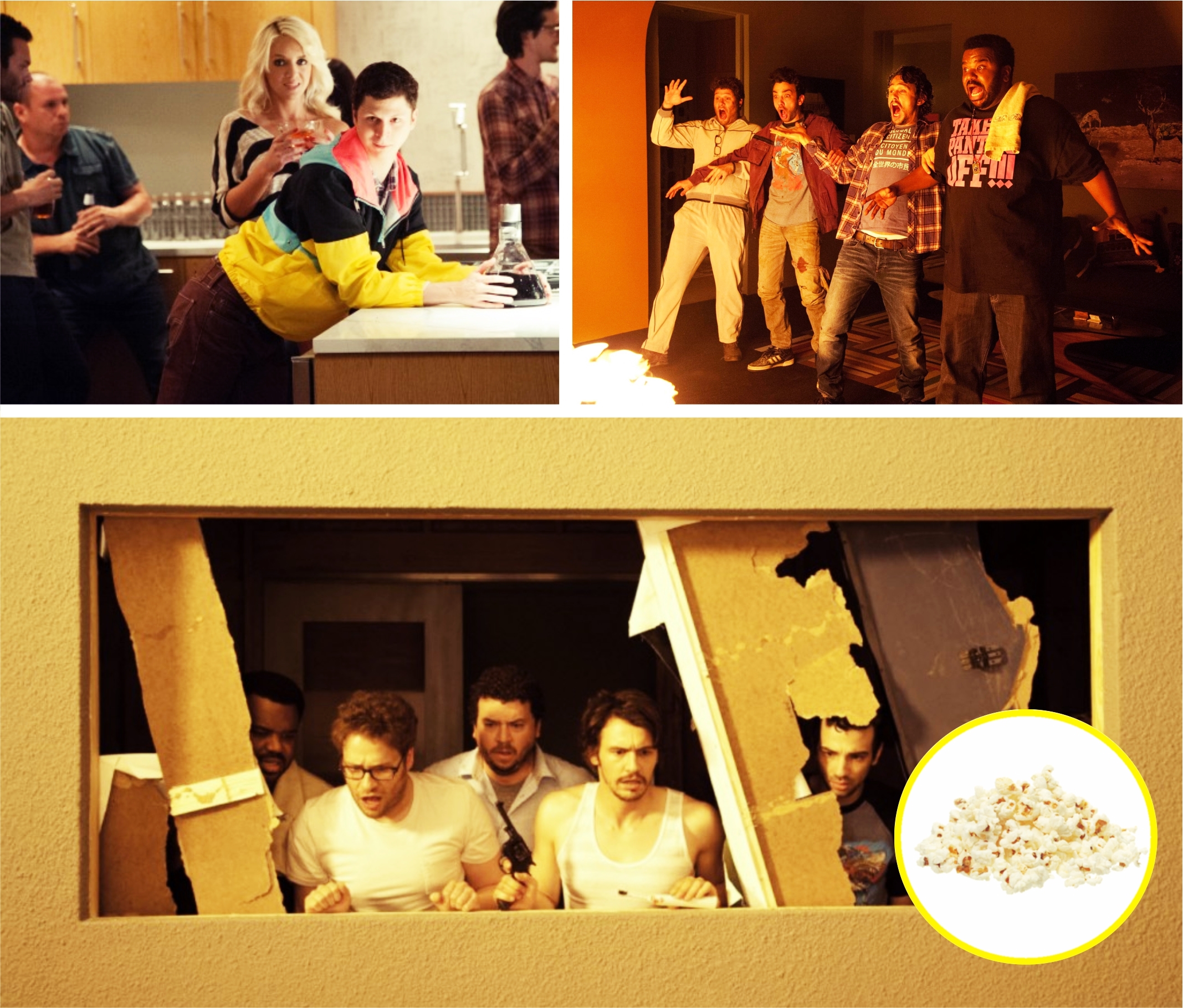 I knew I wanted to see This Is the End in the cinema right after I saw its home video styled teaser trailer featuring James Franco and Seth Rogen hiding in the basement. Then the trailer came out and made me even more thrilled about this Summer’s big block buster comedy featuring the end of the world. So it’s fair to say that I was very hyped up about this movie but as per protocol, that exhilarating feeling I had before seeing This Is the End was eventually its biggest downfall.

Since it’s already September and I saw this way back when it was still in the cinemas, getting back to the world of This Is the End might be a bit of a challenge. On the other hand, this review is definitely also not the most current news but I couldn’t skip it for various reasons. First of, as I already mentioned, I was super thrilled about seeing this movie and to some extent it was all worth it. Though I guess with comedies you can never be 100% in love with every single joke and there’s always that one scene that you aren’t particularly a fan of. Obviously this applies for This Is the End as well, not all of it was perfect and funny but for me it has a huge advantage over the mediocre comedies – the outrageous plot that simply worked.

These past few years have been lacking with fresh ideas when it comes to comedies, or at least, this is the sad opinion I’ve managed to develop. The jokes are getting dirtier and dirtier as the time passes, This Is the End is no different with that trend but it at least has a good excuse – the world is ending, all bets are off and let the filthy dialog commence.  With the unlimited amount of availabilities with such an unreal plot This Is the End kept it quite compact and didn’t introduce too much in a short period of time. Of course they had some outrageous things in the end but it worked and I laughed a lot. Aside from the storyline, the chemistry between the characters, who were actually the actors playing themselves, was especially delightful because half the appeal of the movie was the fact that they were just over-the-top versions of themselves.

Two main guys were Seth Rogen and Jay Baruchel, both decent actors and always the good guys in my eyes: as expected they were both quite good. Rogen obviously stood out and shined more than Baruchel but it might be my own personal thing because I love Rogen. Another standout was James Franco and I know he has a lot of enemies and many bloggers don’t get his appeal but I like him! Yes, he is all about his art but This Is the End proved that he is willing to make fun of that fact and everybody who can laugh at themselves is a great person. Besides, his own version of himself was probably the best interpretation in the movie.

Obviously there were many more characters, including Jonah Hill, Danny McBride and Craig Robinson who were all there to offer great comic relief and in one of the cases, couple of scares. Indeed, I was sold on the comedy part before I even saw the movie but I had no idea they would actually go as far as make it into a hybrid with horror. Yes, the end of the world implies some horrific things but demon possession was definitely one of those surprise plot elements that This Is the End had to offer.

There were a lot, and I mean A LOT of cameo’s in This Is the End and it’s hard to point out all of them because, well, there’s no point. But I do want to emphasize one particular cameo that made me laugh so hard that I was in spasms and those who have seen the movie probably know that I’m talking about Channing Tatum. Respect! Eventually, This Is the End was all about those great moments and there were many of them… but not enough. The middle part of the movie failed to deliver but the strong end overshadowed those faults. Looking back, I was laughing a lot but I wasn’t hysterical throughout the movie and I guess I was expecting to be – hence the tiny amount of disappointment.