As promised on Monday I’m hereby listing all the Thursday Movie Picks I missed in the last couple of months. Right before a Thursday because why not.  It’s mostly for my own peace of mind because I have kept up my Thursday posts so well in the past years. Now I skipped 10 Thursdays… including a month worth of Halloween specials. To have such a huge cap feels wrong so here are all the Thursday Movie Picks I missed!

This is honestly one of the hardest themes because outlaws are associated most with westerns. If you know me you know I’m not much of a western person so this list is literally just me naming movies I’ve seen.

The Assassination of Jesse James by the Coward Robert Ford, Django Unchained and The Good, The Bad and the Ugly.

Going to surprise myself by listing three very unlikely movies here. Honestly, when I looked up a list on Google I realised I have, thanks to noirvember, seen a few movies that fit this theme. Out of the three I actually liked two which is a surprise in itself. The first is probably my favourite, the last is also good.

Anyway my picks ended up being Body Heat,  Sunset Boulevard and Rear Window. 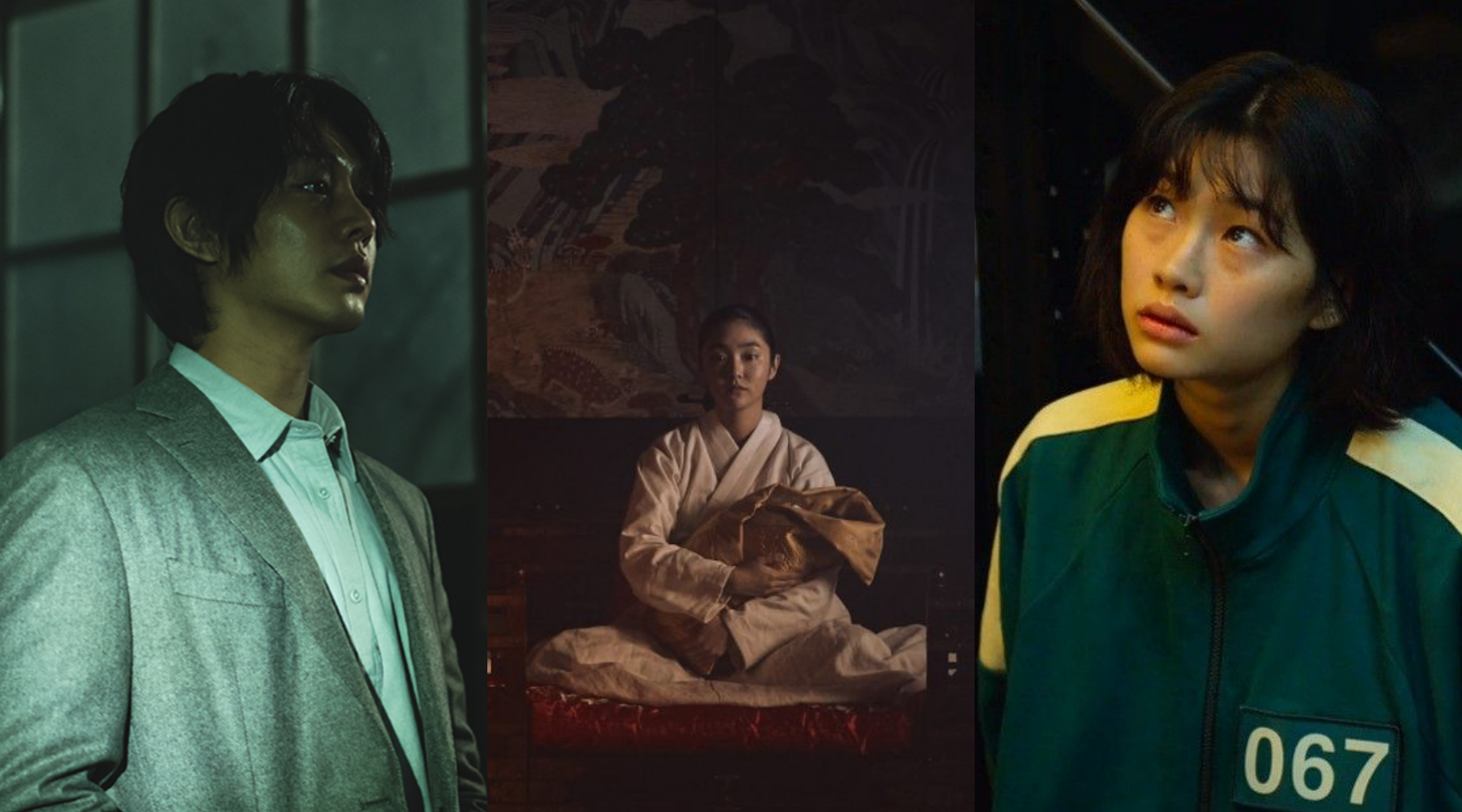 There’s no surprise that I’m listing three Korean Netflix shows here. I’m skipping the romantic Kdramas and sticking with bloody action ones that might tickle anyone’s fancy. Partly because it would be incredibly hard to choose just three romantic Kdramas – I’ve seen close to 20 and I love more than half of them.

In other words my first is Hellbound, a new supernatural show that explores religion, the second is Kingdom – a historic zombie show that is simply amazing and third needs no introduction because it’s Squid Game. If I had to pick a favourite it would be Squid Game but Kingdom is a close second. Hellbound is alright and the first season ends on such a good cliffhanger that it would be silly not continue with it.

October has been a difficult month for a while because I don’t necessarily watch a lot of horror movies. Though I have in recent years it’s still not enough to fill four weeks worth of picks. So obviously I’m already struggling as many of my school picks also fit into the horror comedy theme. But let’s give it a go, shall we.

Carrie, The Babysitter: Killer Queen and Death Note. To clarify, I don’t think all of them are great. I actually prefer the first Babysitter movie and thought Death Note was meh.

Probably my favourite theme because I like urban legends and folk stories. There are definitely not enough of them but I feel like horror in general is inspired by folk tales and urban legends. The three I picked here are all pretty darn good, last one is for sure one of my favourites too because it is so bright and colourful.

My picks ended up being Krampus, Sleepy Hollow and Midsommar.

The genre of horror comedy has been very popular in the last years so it was rather easy to pick three here. As you can tell I picked the first Babysitter movie here because now I have a pretty perfect list. Freaky isn’t as good but honestly these are all great fun. Ready or Not is probably the best of the bunch though.

And as you probably gathered my picks ended up being Freaky, Ready or Not and The Babysitter.

Instead of listing the ones I have seen I’m gonna go with the ones I’ve yet to watch. I know it’s cheating but I haven’t watched a lot of horror shows lately. If you don’t count Kingdom and Hellbound into this list, which I already listed above, it’s basically zero. But I decided to go with these three and one of them is actually a Korean show so clearly sticking to my obsession passionately. 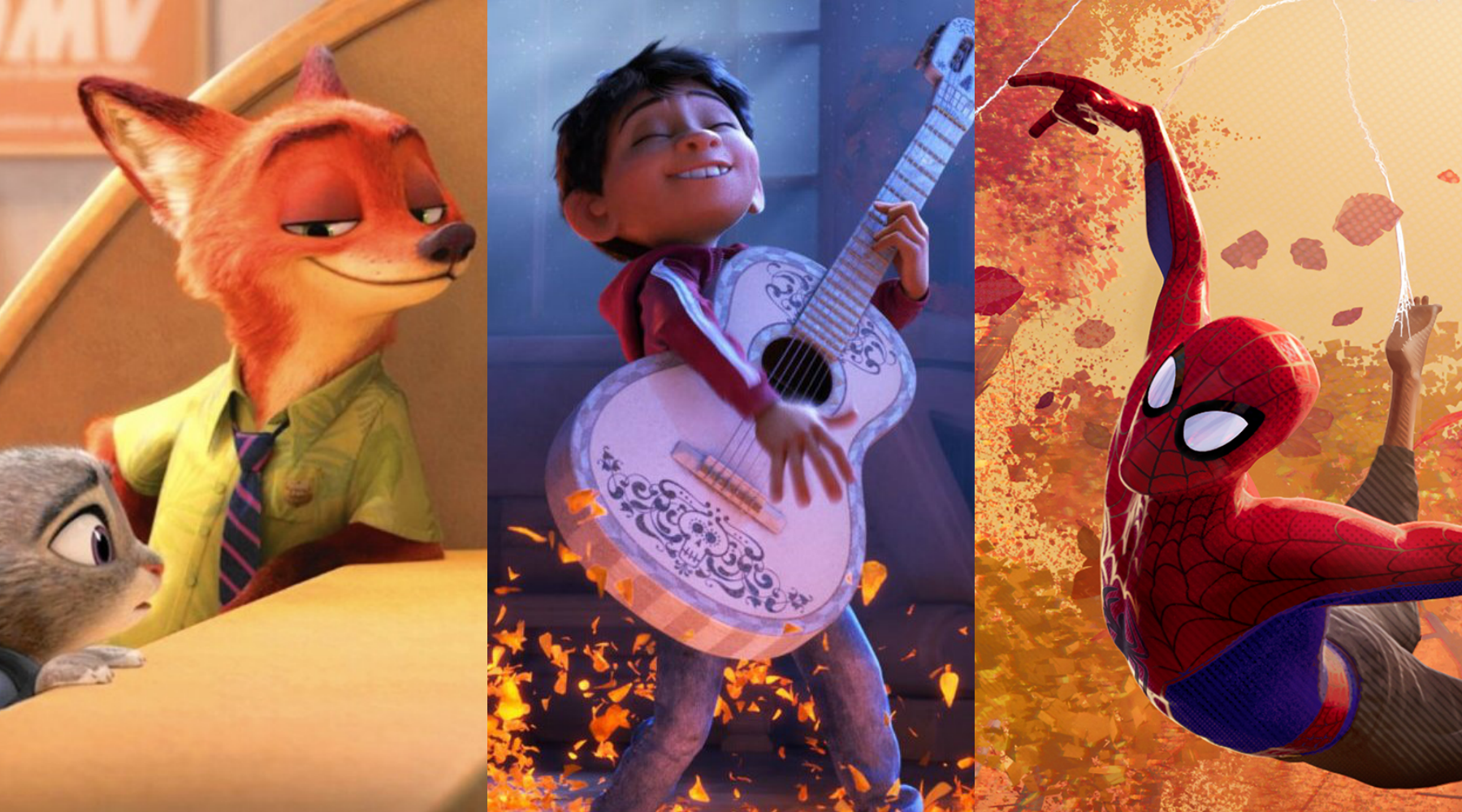 From 2016 to 2018 animated movies were just brilliant, especially the ones who nabbed the win at the Oscars. Some of my favourite animations are from those years so it was quite easy to just go with three consecutive winners. And yes, they are all great if not perfect.

Zootopia, Coco and Spider-Man: Into the Spider-Verse are all great in their own way. Coco is the saddest of the bunch and I don’t know if I can watch it more than once. Wolfwalkers should be in this list too but unfortunately Oscars chose Soul which was one of the biggest disappointments of 2020.

The first one to come to mind was definitely from Shutter Island. I love when the reality of a dream starts to shatter and I feel like that movie captures the feel of that so well. Other than that it was actually quite difficult for me to come up with picks because I have a pretty bad memory. But as promised I still managed to pick three.

So I ended up with Shutter Island, Take Shelter and Vanilla Sky.

Last but not least one of my favourite themes, or at least it used to be. I haven’t picked up a book in ages so this is actually a bittersweet note to end on. That being said, I still managed to squeeze three book adaptations into this list. Though I have previously this time I haven’t read the book the movie is based on. Instead I’m just assuming it’s a pretty decent adaptation based on the movie itself.

That way I ended up picking Dune, Nomadland and Emma. Out of the three first is for sure my favourite and the other two are also good.

And that was it for my long Thursday Movie Picks post where I desperately caught up to the present moment. Tomorrow is already another Thursday so I’ll try not to skip that one.