The Mostly Bad Things About The Society (Season 1)" /> 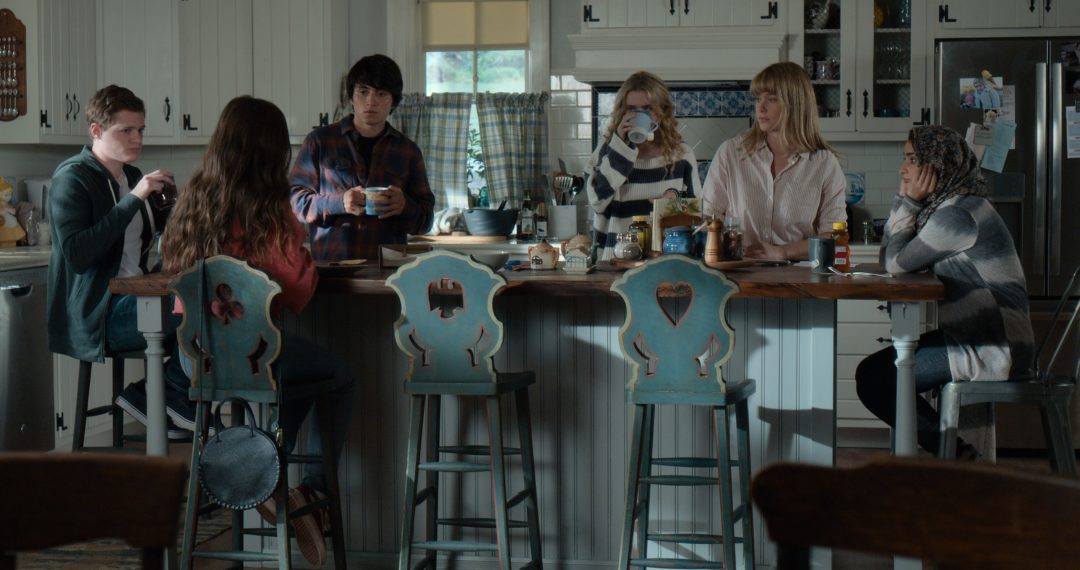 I’m not exactly the right person to review The Society because I watched only 80% of the show. Yet I figure it’s enough to tell my opinion about this dystopian-like teen drama that Netflix made. One thing’s for sure, the lukewarm hype around it baffles me to my core. This show is definitely not worth it, even with the tiny amount of diversity it embodies.

Let’s start on a positive note. The story setup of The Society itself is fascinating. A bunch of teens are driven away from their homes and then suddenly returned to an empty town. Nobody is there, yet the electricity and plumbing seems to work. Teens are left to their own devices and the sort of Lord of the Flies situation commences. That is the only thing this Netflix show gets right. The mystery, which is literally the smallest part of the entire series and doesn’t get any answers in its first season.

Most infuriating part about the plot mystery itself is that the teens jump to a conclusion based on a small find. It seems to be right too, I guess, which irritates me to my very core. The assumption is too farfetched, while no other options are considered, and they get it somewhat right? Ridiculous. Plus, even if it isn’t right, wouldn’t you have other theories!? I know I have.

But the biggest mishap of The Society is deeply rooted in the shows writing – it sucks. It is shallow, it is incoherent and it makes no sense what so ever. There are dialogs between teenagers that feel forced and two time jumps are handled extremely poorly. The show takes a quick jump 10 days ahead, with the feeling of just having jumped a day or so. Then there’s another 6 month jump where most characters continue from the same place they were at. Sure, that makes complete sense.

And I guess that’s my biggest beef with The Society – the time jumps. Most of the interesting things should have happened during those first two weeks. Then the following months would have been littered with emotional situations. A time jump after the first season would have been alright but it seems The Society had no imagination regarding the settling in part. Then there is a character death that is milked out from a murder that feels so cliché, it’s hard to swallow. You would think a murder trial in a newly built teen society would be interesting… but it’s not.

All the drama revolving around the teens isn’t flushed out properly either. Everyone has these supposedly profound discussions and it all just sounds awful. In a nutshell, The Society just has really bad writing. Like cancellation type bad but I’m sure Netflix will keep making it because it’s cheap and teens seem to be liking it.

The first and probably the hardest thing to admit is the fact that I started watching The Society because of two characters. And the show messed them up so bad. To be fair, none of the characters were well developed, so at least it was all equally bad. There are inconsistencies and the show doesn’t do any of the characters any favours in terms of the writing. The main characters, who get the most screen time, are dull and trying to sound more interesting that they actually are. Most compelling characters are the gay character and the deaf character.

Diversity that those two characters offer is good, sadly everything else around them is awful and is affecting them as well. They get little to none screen time and their relationship is rushed so much it’s actually not even funny. They don’t talk for 6 months and are suddenly all smitten? Sure, let’s go with that.

Finally, I would like to dedicate a small paragraph to the acting – which was mostly crap. I’m sorry to say this but if a first time actor manages to outshine you, a more experienced actor, you’re doing something wrong. Yet Jack Mulhern steals the show and does it effortlessly. Even while he has the same shitty writing as the others. Yet, he lucks out, because he has very little to say most of the times. He gets to emote a lot and he does it pretty darn good. He acts well with his eyes, is what I’m saying.

Then there’s Sean Berdy, who is deaf and does a wonderful job as well. But make no mistake here, his character has some awful lines and the script does him no favours either. Then a small nod to Gideon Aldon, who learned a ton of sign language for the role. Others did too, which is nice, but Aldon gave us a lot more and good for her!

Also, I would like to mention poor Toby Wallace, who gets to play the psychopath of the show. He is so badly developed, has no proper traits of a psychopath in my eyes, that it’s actually depressing to witness his scenes. It’s not fun to play the villain, when you are outed as a villain right off the bat. Seriously, flesh it out, play around with it, do something. Don’t have a character out him by saying “he’s a psychopath” in like episode 1 or 2 (I can’t even remember) – where’s the fun in that!?

Poor Netflix is just stepping into dog shit and leaving it on as if it doesn’t smell. First, they cancel Santa Clarita Diet, and then they make a show like this. Sure, it’s definitely cheaper but why go with the quantity over quality route in the first place? The Society lacks depth, it has very weak writing and it doesn’t exactly know what to do with the characters after they are left to their own devices. It doesn’t even do its main ship, show’s most popular tag on Tumblr, any justice by rushing into it.

Overall, I’m not happy I watched it but I’m glad I did. There are great deal of lessons to be learned from a show like The Society. What not to do, how not to approach a dramatic scene and why character development is fundamental for a good story. With that in mind, I can move on and not think about it ever again. Or when I do, it is to wonder briefly about the fact that this fucking show has a 7.1 on IMDb!? 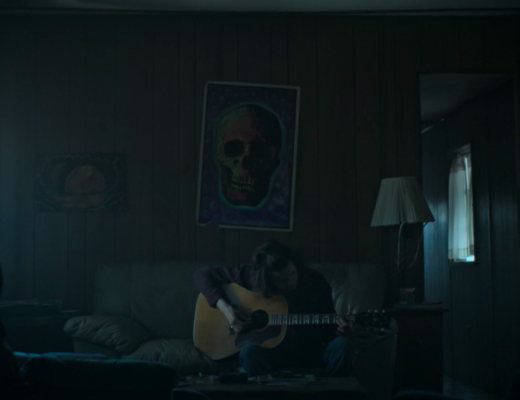 Why I love TV-shows so much!?