Snatch. is my all time favorite movie. It combines humor, thrill, Jason Statham, Brad freakin’ Pitt and the behind the scenes talent that is Guy Ritchie. Now, for some years, Ritchie’s work has left me lukewarm because the spunk, that is an indescribable Snatch. feature, was sort of missing. Not that I’m saying Sherlock Holmes’ movies were bad, they just weren’t for me. This is why my expectations for The Man From U.N.C.L.E were vaguely set between like and dislike, and the movie itself was meant to dip the scales on either side – and luckily, it was for the positive!

As I mentioned, I wasn’t expecting a lot from The Man From U.N.C.L.E because I didn’t hear too much praise for it, nor did Henry Cavill excite me. The trailer was a hot mess, if you think about it, and the fact that Guy Ritchie hadn’t written anything since RocknRolla made me anxious yet surprisingly nonchalant. Therefore my attitude towards the movie prior to seeing it was quite casual and I was ready for disliking it – that, thank god, did not happen because I liked The Man From U.N.C.L.E a lot, like, a lot a lot!

There was this moment during the movie were I realized the trailer had deceived me into thinking what this movie was actually about – it was pretty much during the first half of the movie. Who knows how and why I had misunderstood the plot but I was actually glad the element of surprise was still there. The well known Ritchie charm was there as well, the humor in dark situations spot on and the era in which The Man From U.N.C.L.E was set in, worked oh so well and was simply stunning! It was light, quick on its feet and though there were moments I didn’t enjoy, the good ones overshadowed the bad and I left the cinema being happy.

Here’s a quick synopsis – Solo (Cavill) is an American agent on a mission to save Gaby (Alicia Vikander) from the other side of the wall in Berlin but his mission is interrupted by a Russian agent Illya (Armie Hammer). From there things start to go crazy and since there is an obvious dislike between the two agents, it’s comical when America and Russia decide to team up in order to find the nuclear bomb. It’s positively surprising that Solo and Illya suit together brilliantly in their hateful environment while also being completely compatible! One plays this a little arrogant ladies man, the other has rage issues, both have their talents and shortcomings – they are a perfect pair with Cavill and Hammer portraying them equally well. 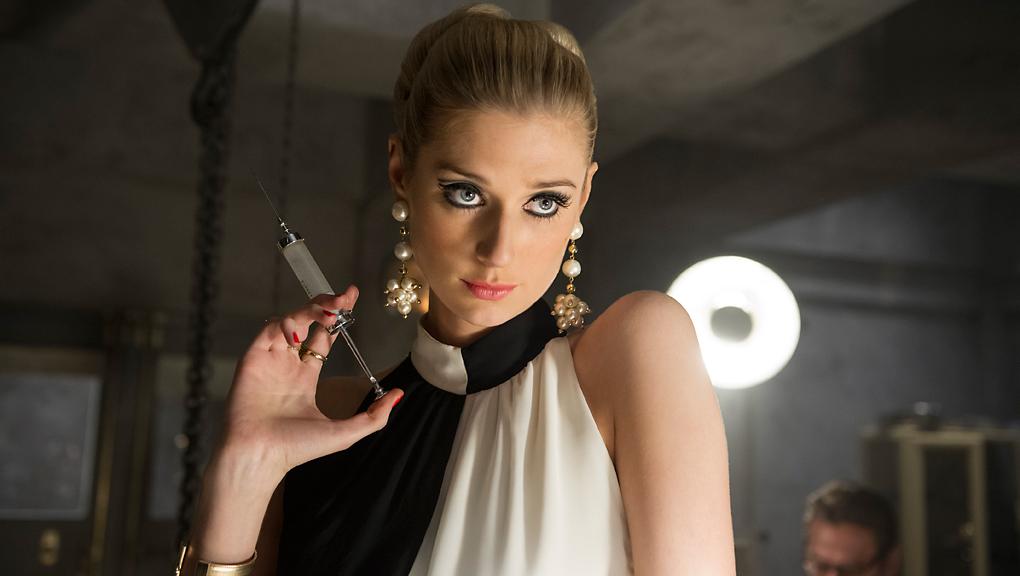 That being said, Hammer stole the movie for me! Maybe it was because his character was more thought out in the script, and maybe it was because his background was more vulnerable, or maybe I just like Hammer that much, but Illya was precious. I liked pretty much everything about his character, including his story line with Gaby where the almost kisses were literally killing me. Yet, it was refreshing to have that kind of an element in a movie, the attraction but not the execution of it though clearly Illya and Gaby wanted it to happen. The movie ended with them simply having the attraction and it was a great ending because it left something for the imagination.. or the sequel because I feel like it might happen, right? I guess it all comes down to numbers and Hollywood is so sensitive about them these days which makes me think that if the sequel does happen, Ritchie better amp up his game even more.

Anyway, the highlights for me were definitely the small  little jokes in the middle of nowhere, the fashion that oozed glamour and sophistication, and the gentle banter between Illya and Solo. I wouldn’t call the plot surprising, as I figured some things out before they were revealed, yet the style of storytelling in which the action happens before the viewer finds out the reason, was still a good choice. The only negative, that is too prominent not to mention, was the editing of some of the action sequences. The boxing of the frames was not my favorite despite of it fitting together with the movie and some scenes were too fast paced which made them foggy. But I guess I’m now more used to seeing clean cut fightin, than the vagueness that seemed to be present in the action scenes. Like, it was hard to tell who gave the punch, and where exactly did it land, if you know what I mean.

The overall feel of the movie was still extremely fun. That’s it, that’s what The Man From U.N.C.L.E really felt like, fun and it seemed fun for the characters as well as the cast. The young Elizabeth Debicki seemed to have an especially good time portraying a strong female villain who had a knack for jewellery and looking fierce in anything. The fun was present around every corner, and even with the more serious scenes, the lightness of it all was somehow winning by the end because The Man From U.N.C.L.E never took itself too seriously. And at the end of the day that was all I wanted, some good looking and entertaining fun!