Here we go again! I don’t think I’ve ever been so aware of an Oscar season before while having technically no interest in it. I’m rooting for my favourites and hope that some history is made but otherwise it’s a strange award season. It’s hard to be excited after a year we’ve had… what’s the point even. Anyway, today I’m looking at five movies nominated for the Film Editing Oscar. While editing is an essential part of film making, I’m not very well versed with this technical side. Though I can tell when the editing seamlessly tells a story that not only surprises but also excites you. There are a few here that have that type of film editing… at least for me.

ALAN BAUMGARTEN for THE TRIAL OF THE CHICAGO 7

Out of all the nominated movies this one feels the most chaotic to me. Granted, this movie has a lot to follow and it’s a very different movie compared to the rest of the four. Honestly, it’s the only one that has an ensemble cast. What this movie had to deliver for sure was a thrilling third act. For me this movie started to drag and I feel like some of he editing choices could have maybe added some tension. Still with such a huge story to tell I guess Baumgarten did alright. I just can’t really say that I felt the power of the editing, you know!? Will it win? No.

Again I’m here to say some nice things about Promising Young Woman. I liked it and the dream-like fun movie, it’s basically like a wild dream and I can’t say it’s not well made. I was thinking back to it editing wise and I guess I was happy with it. There is a balance of quick takes but also longer takes that drag on, to some, excruciating amount but I  loved them. There’s a certain balance to this that feels right. But that’s only if you like the movie.  Will it win? Nope.

I cannot with this! Zhao is so talented!! To edit your own movie and to take care of it so well is just a win on its own. Zhao is in a different category for me here because it’s probably super different to edit your own movie. On one hand it could be easier, on the other hand you’d have to be brutal to your own work. With there being so much empty space, room to breathe and space to exist inside Nomadland I think she did a good job. Though I guess she also could have been braver with editing. While these long movies are great and special, sometimes you need to make hard choices. Will she win? It’s a possibility but probably not.

Taking this category to write about I had not seen one movie. Now I’ve seen all and I must say that while I’m still rooting for Sound of Metal to win all the awards, I think the competition is just too strong to be sure. Sound of Metal is great! It has a balance that spans from department to department. It’s important to see it as a whole in my opinion because that’s where its strengths lie. Anyway, I think this one is wonderful! The editing here feels effortless but also companies the sound editing brilliantly. Will it win? I hope so but…. I think it will lose.

YORGOS LAMPRINOS for THE FATHER 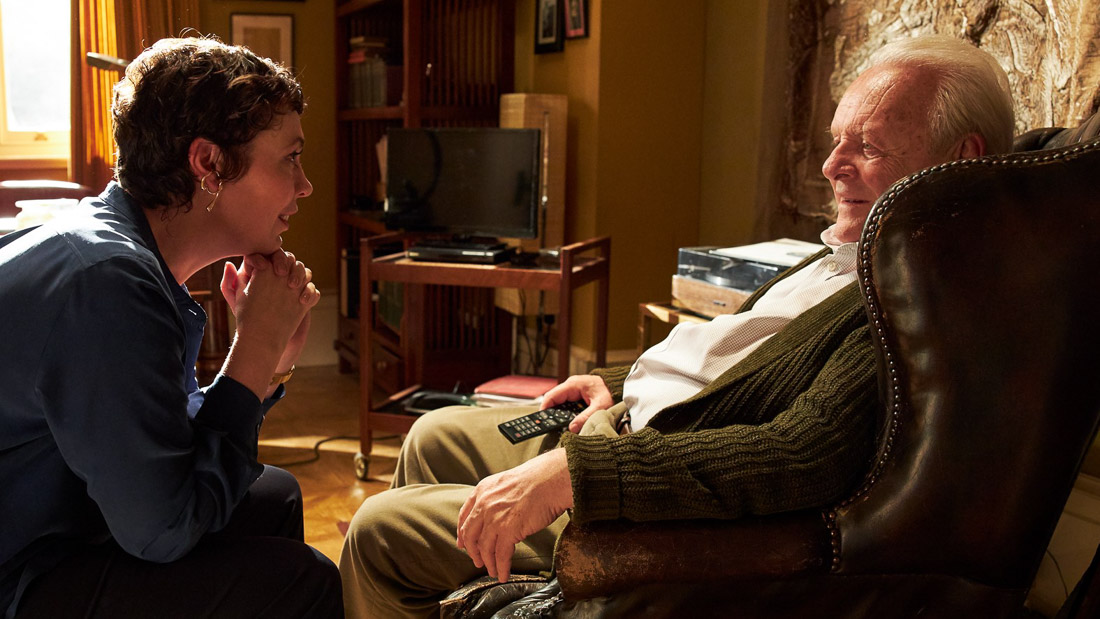 Is it Lamprinos background as a director or what but The Father will take this home. If not something is wrong with the Oscars. The Father is a masterpiece in terms of the script and the script can’t shine without the editing. Lamprinos puts together a VERY complex narrative with such smoothness that there is a point where you as a viewer feel cheated. It’s brilliant! This could be that I saw The Father just recently, the rest months ago but it could also be because this movie is a bit superior to others. I mean the narrative itself is the most complex, despite so few characters… Will it win? Yes, it should win here!