This review contains spoilers and it will most definitely offend those dedicated Meyer fans. So if you like Meyer, keep away because I didn’t hold back what so ever.

Oh the joy of watching a bad movie that brings back all the motivation I had lost for weeks because it is so cheesy that it screams to be written about. I’ll just take a moment to enjoy this warm feeling. Oh yeah, yeah, I feel it, yes, mmm that’s good! Where was I? Oh yes, before I gather my negative thoughts about The Host, there are a lot, I do confess that I’m glad that it was as idiotic as it was because it reminded me that I love writing about movies… especially those I don’t like.

Now, one might think that I disliked the movie even before I saw it because it’s based on a novel by Stephenie Meyer (in case you have been living under a rock, that lady is the mother of Twilight!) and that’s probably right. I knew it wasn’t going to be good in terms of the plot but hey, a lot of mediocre plots can be saved by a better screenplay, great acting and cinematography. That was not the case with The Host, to say at least, I think Stephenie Meyer just managed to suck out some of Saoirse Ronan’s talent – so let’s take a moment of silence….

The Host is a story about aliens invading human bodies and giving them shiny (not to say sparkly) eyes that will distinguish them from regular unhosted people. That is explained by a short man-narrated clip with space and alien-faces that basically sets up the whole back story – how original. Then we see Melanie (Saoirse Ronan), a human on the run, jumping out of a window in order to kill herself because dead people can’t be used as hosts – she of course survives. Doesn’t matter that she cracked open the pavement and had no broken bones, no, I mean, why would you want to explain that in the movie? That’s ridiculous, a human jumping out of a window and surviving with just scratches is as normal as sparkly vampires.

After Melanie is hosted, The Wanderer appears as a new Melanie or in this case, in Melanie’s body but as a new character. But oh wait, Melanie is still alive and it’s a classic case of double personality – two girls in one body with sparkly eyes. And enter the not so beloved voice over! Out of all the cheesy things I saw in those 2 long hours, I think the voice over was the hardest to handle and there was a lot of it throughout the movie. It made it so cheap and campy, not to mention the fact that it brought down the talent of Ronan who I still remember from movies such as The Atonement and Hanna. She was amazing in both, especially Hanna, and now this.. oh girl, you don’t need a franchise to keep up with the young Hollywood, just do your thing!

Anyway, Melanie is almost controlling The Wanderer (later named Wanda cause Meyer likes wordplay) by the time they find the secret hiding place of a group of people that has Melanie’s brother, boyfriend (Max Irons) and of course some other hot blond dude (Jake Abel) with great deal of hair product. When the love triangle was created I literally rolled my eyes. I get it, The Host is a young adult book but can the authors just once do something different than the oh-so-predictable-love-triangle.. make the leading character doubt her sexuality and go lesbian or something! Plus, that did not stop there, Ronan was pretty much going from one dude to another to make out and there was no chemistry what so ever. Though I do think that a lot of it had to do with the way the story was presented, it was a really hasty relationship that never really went that extra mile to being something special. Not to mention the fact that poor Ronan and Irons had to make out in the rain twice just so they could get wet.

All this PDA took place while The Seeker (Diane Kruger) was trying to locate their secret hiding place – this situation had no climax, it was linear and boring To be completely honest, the whole movie didn’t have any moment of excitement or thrill what so ever. I mean the direction was all wrong, there was a lot of mushy moments but there wasn’t anything to balance it and it just kept going cheesier and cheesier. Even the end, gosh, I don’t even want to discuss the ending plus the ending-on-top-of-the-ending situation that kind of created a sequel possibility – please don’t, somebody, please listen to me, no sequel!! The Host doesn’t offer anything that could lead to a sequel, even the visuals weren’t as strong as one would expect. Yes, there were the alien-soul-things that looked kind of cool but I’m saying this because I want to justify me actually getting through with this movie. I was doing it for the wiggly-aliens that I saw twice – once in the beginning and once in the end.

Eventually, while there a lot of other things that I could write about, bad things, cheesy things and even the rest of the acting that was destined to be doomed together with Ronan’s performance, I must put an end to it now. To sum this review up, don’t watch The Host, there’s nothing you can get from it that will make your day better. Even Ronan’s fans should stay away and re-watch Hanna or something. There aren’t any memorable moments, there’s not even a great musically enhanced adventure or action scene (though those are the genres mentioned in IMDb), just mushy teen-romance with no chemistry. Now as I’ve gotten all of that off my chest, there’s one nice thing I want to dedicated  to all those Stephenie Meyer fans – she’s no talented lady but I’ll say this, I envy the fact that she continues to earn money by making bread from shit. 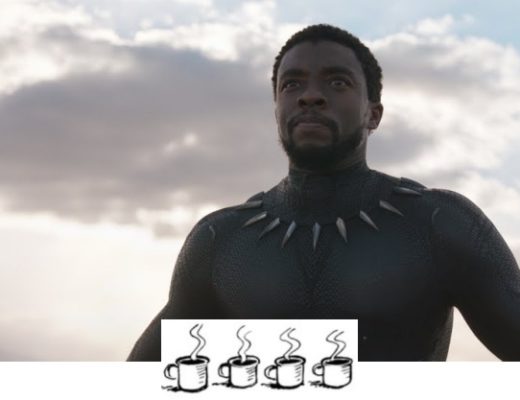