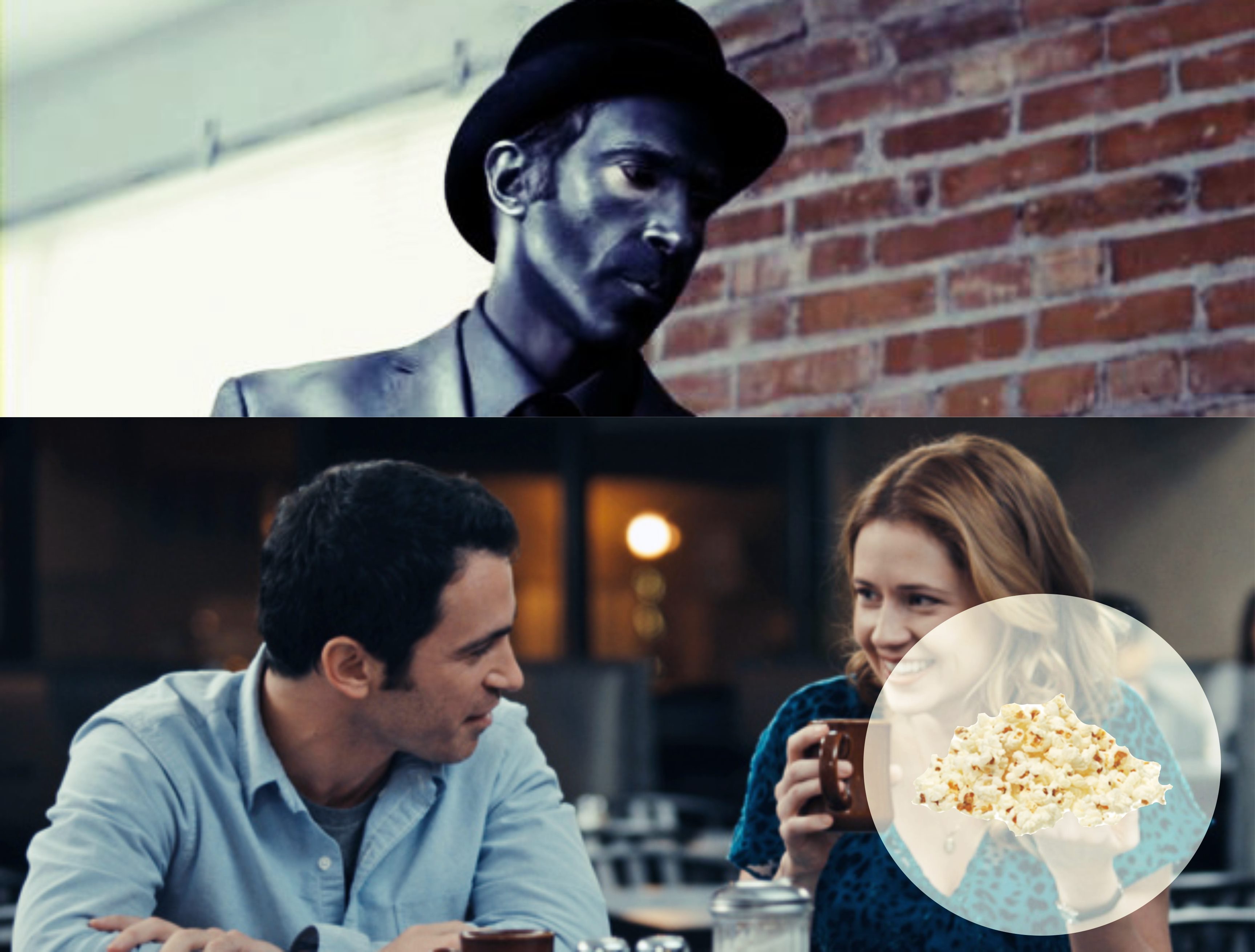 Every now and then I get this very successful streak of movie experiences that is such a pleasure in itself that it makes those specific movies stand out even more. Just recently I watched/reviewed Laggies, then enjoyed/reviewed the hell out of Save the Date and now I’m back at it with another indie flick to prove my point – you don’t have to have it all figured out!

In the midst of my own little conundrum of a life, I gravitate strongly towards characters who aren’t successfully employed, earning big pay checks, wearing expensive clothes and looking for love like so many romantic comedies tend to portray life as. There’s a need for characters who feel real and complex, not whiny and expecting to find that prince on a white horse wearing Calvin Klein and smelling like Hugo Boss. The Giant Mechanical Man, like so many other movies I’ve been watching this month, does just what I need – it makes the story feel real!

We first meet Tim (Chris Messina), in an opening scene that I can’t seem to get out of my head, putting on his gear as he heads out to perform on the streets as the giant robot. He is ordinary but far from it at the same time, which makes the opening to The Giant Mechanical Man even more brilliant than you’d expect. Granted, I might be exaggerating because I’m a fan of Messina or because I just seem to be connecting to the weirdest things lately.  Then again, finding beauty in the most oddest places and weirdest little scenes just makes life a little more fun.

Anyway, Tim is a street performer and he clearly hasn’t got it all figured out which prompts his girlfriend to leave him and move out of his apparent. An apartment that is way too nice for a street performer, I thought, but as it turns out it isn’t rent controlled so it sort of makes sense. He then gets a real job at the zoo where our two protagonists kind of finally meet. They do meet sooner, but he is disguised as a robot so it technically doesn’t count.

As a viewer, we get to see Janice (Jenna Fischer) before that as a temp employee who gets fired because her heart isn’t in it and she apparently seems weird to some people. Since luck isn’t on her side, she is then forced out of her apartment (rent control sucks), and has to move into her married sister’s spare room. A sister who is very keen on playing a matchmaker to her big sister by introducing her to Doug (Topher Grace) – the most annoying character you will ever encounter! He is a complete a-hole with a bad haircut and nobody in the world would like him, except Janice’s sister and Doug himself.

The Giant Mechanical Man then continues to explore these two relationships, one that feels just right and the other that annoys you to a point where you just want to scream at Janice to get the fuck away from him!  But who can stay mad at poor Janice for long when it’s Jenna Fischer who is playing her!? Fischer is so nice, sweet and humble so rooting for her comes very naturally. Besides, the chemistry surrounding Fischer and Messina is way too strong to even doubt for a second that Topher Grace’s annoying Doug would come between them. That is technically a spoiler but who are we kidding, you see it coming a mile away and despite knowing the outcome, The Giant Mechanical Man is still enjoyable.

For me, the strong point was the fact that the movie didn’t overdo things. It kept it simple and subtle, even with the character developments which were sort of subdued in a way because they didn’t really change, they simply adapted. Except Doug, he didn’t change at all which us teaches the most important lesson of all – a-holes never change!