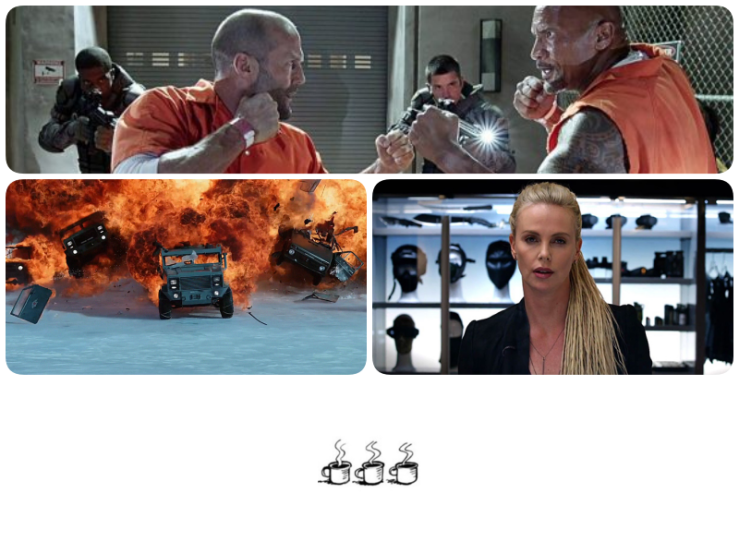 Fast and the Furious is one of those movie franchises that I’m familiar with but not too comfortable with. Like, I’ve seen some of the movies, none of them more than once and I think I’ll never watch the seventh movie – even though I watched the eighth. And it’s very unlikely that I’ll ever revisit the entire eight movie either, even though this movie surprised me a lot. That being said, I can’t deny the fact that I won’t seek out gifsets of Jason Statham saving a baby in the near future.

There might be spoilers ahead, but then again, you can’t really spoil a Fast and Furious movie…

When I went to see The Fate of the Furious I knew I was going to see a lot of fast cars and action sequences. There was also this feud going on behind the scenes between Vin Diesel and The Rock which I didn’t care enough to read about, and Tyrese Gibson apparently had said something stupid. So I figured the movie was probably going to be a mess because of those things and also, a) I didn’t believe the franchise could go on without Paul Walker and b) I didn’t have any sort of expectations which is always a bad thing in my book. Turns out I was some what wrong, and The Fate and the Furious actually managed to thrill me just enough for me to want a bit more.

So Dom (Vin Diesel) is living the happily-married?-life with Letty (Michelle Rodriguez) in Cuba but there’s no happily-ever-after for guys like Dom. And of course a criminal mastermind known as Cipher (Charlize Theron) turns up and blackmails Dom into joining her – which makes Dom the bad guy. The reason why Dom is so eager to switch sides isn’t evident from the very beginning but it does come out soon that Cipher has a hold of his ex (Elsa Pataky) and their child (totally adorable!). Dom’s actions make sense after that, and we are eagerly waiting for what will happen next.

Meanwhile the rest of the team, now led by Hobbs (Dwayne Johnson), is trying to stop Dom and Cipher from getting all those dangerous things she’s gathering in order to “take over the world”. But this is all after Hobbs has escaped prison with Deckard (Jason Statham) in my almost most favourite action scene in the movie. Let me just take this time to state the obvious, I love Jason Statham! He is amazing here and every time he was on screen I was literally gasping for air. I don’t really remember much of how the action sequences were filmed, because I was mesmerised, but they felt crisp and clean, which is why they felt very powerful and well, Statham has trained for these roles for a long long time. Plus, the added bonus, he gets to have some really funny lines in this one as well, which is just torture because I found out there won’t be a Spy sequel and there really should be. Anyway, I just I love him, alright, as much or even more than babies love him! 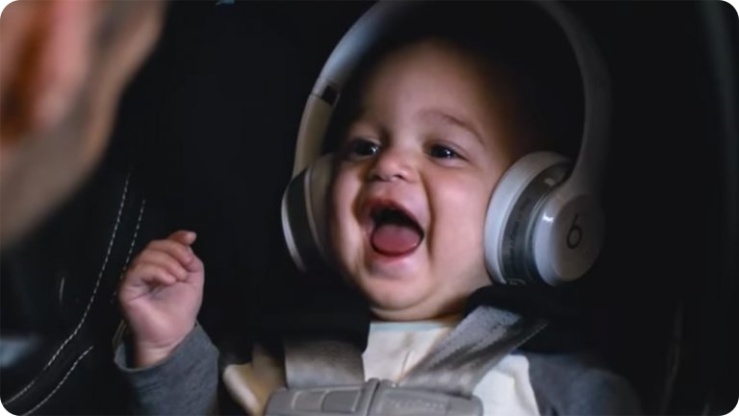 Well then the plot thickens, I say this lightly, and we have ourselves the final epic showdown because there’s a submarine and nuclear codes and missiles and a race on ice as well. But that’s not important, because there’s something much more important happening somewhere else – Jason Statham saving a baby in my favourite action scenes in this entire movie. It is amazing! The movie is worth watching just for that scene alone, honestly, nothing else matters.

Alright, enough of me gushing over Jason Statham because honestly, the movie does have a big cast and they try to give everyone some screen time. Well, they sort of succeed but they also fail because there’s not much you can work with in terms of these characters. Vin Diesel as Dom is boring, and is it fair to say, I’m not surprised Johnson and Statham are getting a spin-off? Ludacris has almost nothing to do, and what the hell was Nathalie Emmanuel from Game of Thrones doing there? How many computer nerds does the team need? Oh and don’t get me started on Gibson, who was there only for his stupid one liners – they were becoming so tiresome by the end of the movie that I just wanted to leave him there in the middle of that ice lake. And then there’s Scott Eastwood, who doesn’t do anything for me, but managed to be somewhat tolerable but I still don’t care about him.

But one thing I must say, Helen Mirren’s cameo was brilliant. She’s such a wonderful woman that even in such a setting, she manages to shine and be memorable. I hope she gets to come back because her chemistry with Statham was great, plus, Luke Evans as well? Man, that is one bad ass family that deserves their own spin-off. Charlize Theron was doing her best with the material she was given but sadly it wasn’t enough for me. Then again, I’m very strict with my villains and demand a lot from them, so I’m not surprised she didn’t manage to wow me.

Overall, The Fate of the Furious was actually not as bad as I thought and it managed to deliver a few amazing fighting sequences. Were the car scenes as beautiful? Not to me but I mean, I can see the appeal of them. Am I excited for the ninth movie? Maybe… but if there’s a spin-off with Johnson and Statham I’m seeing that and boycotting Diesel – sorry Vin, it’s not me, it’s you.