Those of you who are familiar with my blog already know that I’ve got a soft spot for superhero movies. So it is no surprise that I’ve seen the Spider-Man trilogy with Tobey Maguire as the nerdy photographer who becomes the unlikely hero. Honest to truth, I thought the first movie was great, the second quite good and the third just plain awkward. Since the last version of Spider-Man had its flaws with bits and bobs that annoyed me, I was thrilled to see what kind of changes the new version had implemented to the story. To my surprise, the new Spider-Man won my heart more than the first one by a milestone.

Andrew Garfield definitely wears the leotard better than Maguire, it might be a subjective opinion due to the fact that I like Garfield and his unattainable hair. Although I seriously think that Garfield is far better for the role than Maguire ever was. He holds a certain cool factor, which suited the new, not so nerdy, Peter Parker in his high school atmosphere far more than the previous actor. The whole back story to the character had made him more interesting and well adjusted for the superhero lifestyle as well. I liked how his love interest’s story was also different, more grounded and stronger, but the thing I loved the most was the fact that he told Gwen Stacy (Emma Stone) his secret when their relationship entered a certain point. It was an important aspect for me personally. Something what I hated about the original trilogy because it felt like there wasn’t enough love between the two of them.

What was interesting for me was the way the transition for this Spider-Man was also much less emphasized. There wasn’t any visible muscle growth, vision improvement nor the actual spider webs. I always tend to wonder why these things were the way they appeared and what decided this time, was that I like the fact that it wasn’t over showed, it came naturally (as naturally as superpowers go) and just became a part of him. The electronic webs came as a surprise, I think they should have kept it the same as in the first movies because ordering those web-packs is just weird and probably leaves a trace! Quite the other side of this is the fact that the bite didn’t effect him as much as original Peter Parker, the spider didn’t change his DNA for instance to shoot webs out of his wrists. Which leads me to think that they wanted to give him more room to be a normal human being rather than a superhero.

Another difference that gave more logic to the plot was his revenge against the guy who killed his uncle because it was left unsolved. It makes sense, such a big city and finding this one guy, even for a superhero, shouldn’t be as easy as it was in the former Spider-Man. Also, they went with a different villain, as I read an original from the comics, which for me doesn’t change the fact that I didn’t like this villain. A former partner of his father, also a scientist, turns into a lizard but for me, even with the conflict of humanity and the evil he possesses, Rhys Ifans couldn’t convince me enough. Maybe it was the actor, not a bad one, but not as evil as I would have wanted. Though, choosing an actor who doesn’t give you the creeps might have been the actual choice due to his characters good versus bad battle, either way, I still like the Green Goblin more. Willem Dafoe was just perfect for that villain and his performance tops Ifans any day of the week for me!

So more or less, The Amazing Spider-Man had better stories evolving the human relations next to its action scenes with the lizard. The end especially disappointed me to a point of dismay, final chapter with the moment where Parker went to save his girlfriend with a bullet in his leg with all those cranes was just too far for me. I get it, it was supposed to give the idea that superheroes can’t do it on their own and people can help etc. But I don’t get how it could have made sense using all those cranes at the same main street at that very same night and all of them came together – maybe it is just something I need to whine about in a movie that otherwise was pretty much awesome. Because what continued was another emotional scene between Gwen and Peter that blew me away.

Garfield and Stone together were perfection and held a certain chemistry that cannot be faked on screen. Surely it makes sense due to the fact that those two are an item in real life now but still, they had to connect during filming and look what happened, they faked the chemistry so well that it actually lighted a real romance! I say, hats off to those two youngsters (who am I? I’m younger than them and use wordings like “two youngsters” as if I’m older and wiser – silly me).

In the end, there is definitely hope for this Spider-Man and probably a better future for its leading man and his girlfriend. And as I think that my opinions matter, I say that it wasn’t too early to reboot it because what it did, was remake it better and that is never a bad thing. And by better, I mean more human, more realistic in a sense of character and emotion – Andrew Garfield might cry ugly but at least he cries with emotion I believe in. And Emma Stone makes every movie she is in a gem of awesomeness because she just has that glow about her. So take that Tobey Maguire, the new Spidey just kicked your *ss!

PS: It was very funny too, but I didn’t want to mention it in the review as the movie seemed to have a stronger dramatic flare to it. So emphasizing something that wasn’t probably the main goal felt wrong. So I mentioned it here, just in case. 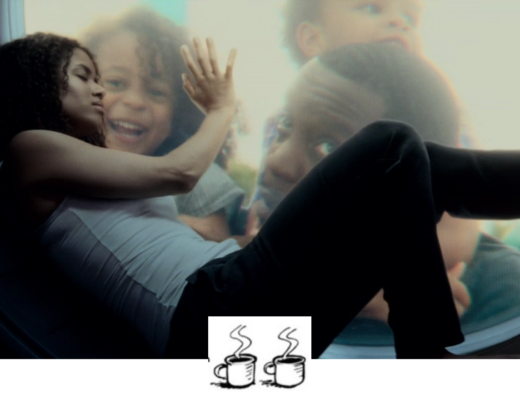