I’m back with another Double Feature post and this time I’m diving into Practical Magic and Hocus Pocus. Saw these back to back about a week ago and just had a great evening. I’ve seen them before, more than once. But sometimes it’s good to just return to movies you’ve seen and know what you’re going to get. That’s the joy of Practical Magic and Hocus Pocus – they are my comfort movies.

END_OF_DOCUMENT_TOKEN_TO_BE_REPLACED

Happy birthday to Mettel Ray! My blog-baby is 10 years old today and I couldn’t describe my emotions even if I tried. It’s definitely a special day! Which is why I decided, due to the special occasion, that instead of just celebrating my blogiversary on May 1st, I’d prolong the celebrations to last for 10 days. That’s right, you’re getting 10 days of Mettel Ray Top 10 lists. It will be all very random, just like me, and the topics will range from movies, shows, music, books etc. First up, probably the hardest list I had to compile because there are a lot of movies I rewatch… but here are 10 movies that I love to go back to every now and then.

END_OF_DOCUMENT_TOKEN_TO_BE_REPLACED

From the depths of my drafts comes a movie review I wrote many months ago.

There was an article about Ocean’s Eight I stumbled on, which gave me a moment of thought. It stated that the lack of conflict, which some critics see as a negative about the film, actually highlights the importance of a female led film. It makes sense and I agree with that point of view… but Ocean’s Eight is still a pretty boring movie.

END_OF_DOCUMENT_TOKEN_TO_BE_REPLACED 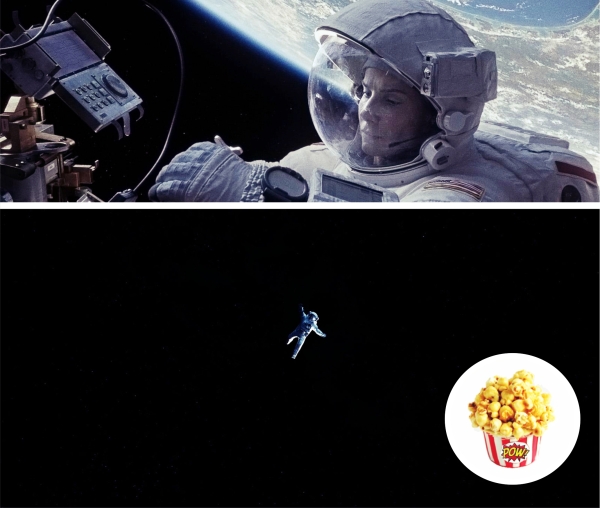 Once in a while there comes a movie that will simply blow your mind. But it wouldn’t shoot your brains out American Beauty style, it will be that good kind of blowing – pun intended and all. For me, and for so many of my fellow bloggers out there, Gravity is that movie of 2013 which simply took us, shook us, threw us around, comforted us and eventually just blew us away…. into space.

END_OF_DOCUMENT_TOKEN_TO_BE_REPLACED

So I have been totally not blogging again, I don’t know why this keeps happening because I certainly have enough to blog about. But to make the “coming up” list a bit lighter I decided to kick some movies into one post. The movies I chose are made a decade ago or even more than that. This feels ridiculous to say that a movie made in 2002 was released a decade ago! Anyway, I had seen all these movies before and I just wanted to go back to them for various reasons.

PS: If there is somebody reading please press on my motivation button by commenting.

We all know who David Fincher is right? Cause he has so far given us Fight Club, The Social Network and The Girl with the Dragon Tattoo US to name a few. But back then, in 1995 he had so far done only Alien³ and Se7en was his second feature film. I went back to it for couple of reasons. Fincher was obviously one of them (because I planned to see his latest movie which I did) and the other was Brad Pitt due to his Oscar campaign .

There was no reason to be disappointed, Se7en was a good thriller that was exactly how I remembered it. I was not sure about the whole plot but I knew what was coming in the end which was kind of sad because I would have liked to enjoy it by not knowing. To say vaguely, Se7en is a story of a detective Somerset (Morgan Freeman) who gets his last case with a new detective Mills (Brad Pitt) who just moved to the city with his wife (Gwyneth Paltrow). The serial-killer they are hunting is a total madman portrayed by the amazing Kevin Spacey – that man is just all aces in my book – and his villain was great.

Compared with Se7en, Murder by Numbers can’t compete but I think in some ways it is a must-see in case you are a) Sandra Bullock fan or b) Ryan Gosling fan. Though I think I like Bullock more in her romantic-comedy roles because for me she is too light to pull off the dark detective type. While I was quite okay with her portrayal of Mayweather she was outplayed by Michael Pitt who doesn’t have to do much to look dark. But Ryan Gosling was of course the first reason I went back to this movie cause I saw the commercial on TV and I thought why not visit this movie once more.

Giving the twisted teenagers another angle, the two high-school teens plan the perfect murder. Gosling together with Pitt (who really embraces these kinds of roles – see Funny Games) plan it out and make it happen, you will know how the killing unfolded right in the end when Mayweather discovers the truth. Of course if you are a true crime lover you will anticipate the ending because it is textbook but sometimes a textbook storyline is good for you – sometimes.

I wanted to do a post where the movies are listed based on the year they were made but I decided I wanted to end with a brighter note. Billy Elliot sure is a bright note, this is not only a British must-see coming of age movie it is also something that represents two great beginnings. One of them is a directorial debut by Stephen Daldry who has since directed The Hours, The Reader and also Extremely Loud & Incredibly Close which I am going to see very soon! The other is the actor debut of Jamie Bell who plays Billy Elliot, the aspiring ballet dancer.

Though nominated for 3 Academy Awards, it did not win any of them but that doesn’t matter. Billy Elliot is just a nice and a sweet movie to see. Although there were times when I thought that Billy wants to tap-dance I guess I can’t really pick on those moments because he was just portraying his emotions through dance and I guess he felt like kicking. Yeah, now it makes more sense to me, after I thought about it. As for Jamie Bell, well he sure was great as a kid and I keep waiting for him to take another lead role in a great movie. Until then, I am waiting for Man on a Ledge where he has a supporting role. PS: The ending of Billy Elliot is just so strong and powerful that I didn’t want it too end!

This year marked the 10 year anniversary of 9/11 and America still talks about it, the world still talks about it  – the world hasn’t forgotten. So it’s not a surprise that another drama brings us the story of a family, which suffered a loss after 9/11 – the father (Tom Hanks) has died in one of the towers leaving behind his wife (Sandra Bullock) and son (a fresh face Thomas Horn). It is based on a novel with the same name and as it turns out I actually have thought about buying the book time to time and this movie might be the last push towards buying it.

I have high hopes for this one cause it looks good (based on the trailer) and it is always interesting to see if a young actor can pull off a very important role that happens to be his first role ever. Movie comes out on January 20th.