The titles for these Thursday Movie Picks seem to get longer and longer but I’m not really complaining. It’s just a little ironic. Ironic because yet again I’m only going to talk about two performances. One for Best Supporting Actor and one for Best Supporting Actress. Both these wins are pretty recent so I can easily talk about them. As per usual I left my post writing to the very last minute (add some work scheduling mishap on top of that) and it’s an hour until deadline. I guess I just like to live on the edge.

END_OF_DOCUMENT_TOKEN_TO_BE_REPLACED

Here we go again! Third year in a row Mettel Ray devours the Oscars together with The LAMB! This time I’m looking at the Best Makeup and Hairstyling category where I happened to predict 1917’s inclusion (being the only one to do so in the Oscar prediction thingie. I did poorly but I got two singular votes for two nominations right so.. personal win there!). Last two years I was certain who was going to win and DID win. This year it’s a bit more difficult. So enough randomness, let’s dive in, shall we!

END_OF_DOCUMENT_TOKEN_TO_BE_REPLACED

With the inevitable doom approaching* , I sat down to look more closely at the Best Animated Feature Film category. Just like last year, I picked a category I feel the most passionate about. And with this year’s dramas (around so many of the big categories), animated feature films seemed like a safer way to go.

END_OF_DOCUMENT_TOKEN_TO_BE_REPLACED

I have always loved scrapbooks, journaling and notebooks… but from afar. Me actually completing a scrapbook or even a notebook would qualify as a miracle. Therefore I have decided to take my scrapbook dreams and apply them to my blog. For my first attempt to online scrapbook, I’ve compiled my favourite moments, captures, quotes and winners from this year’s award season!

END_OF_DOCUMENT_TOKEN_TO_BE_REPLACED

Last week was another weird one for me. So it’s becoming evident that I’m not having the best time at the moment, and I’m graving for something special. Luckily, the universe has me covered! Sam Rockwell is an Oscar winner from this week forward – that’s my something special I’m starting this week with!

END_OF_DOCUMENT_TOKEN_TO_BE_REPLACED

During the announcement for the 90th Academy Award nominees, I was luckily preoccupied with a few work things, and wasn’t paying attention. Good thing too, because the wait, the anticipation and the nerves would have been torture. And the pressure to seek out one particular nomination was also lifted, because right when I logged onto Twitter, I saw what I most wanted to see.

END_OF_DOCUMENT_TOKEN_TO_BE_REPLACED 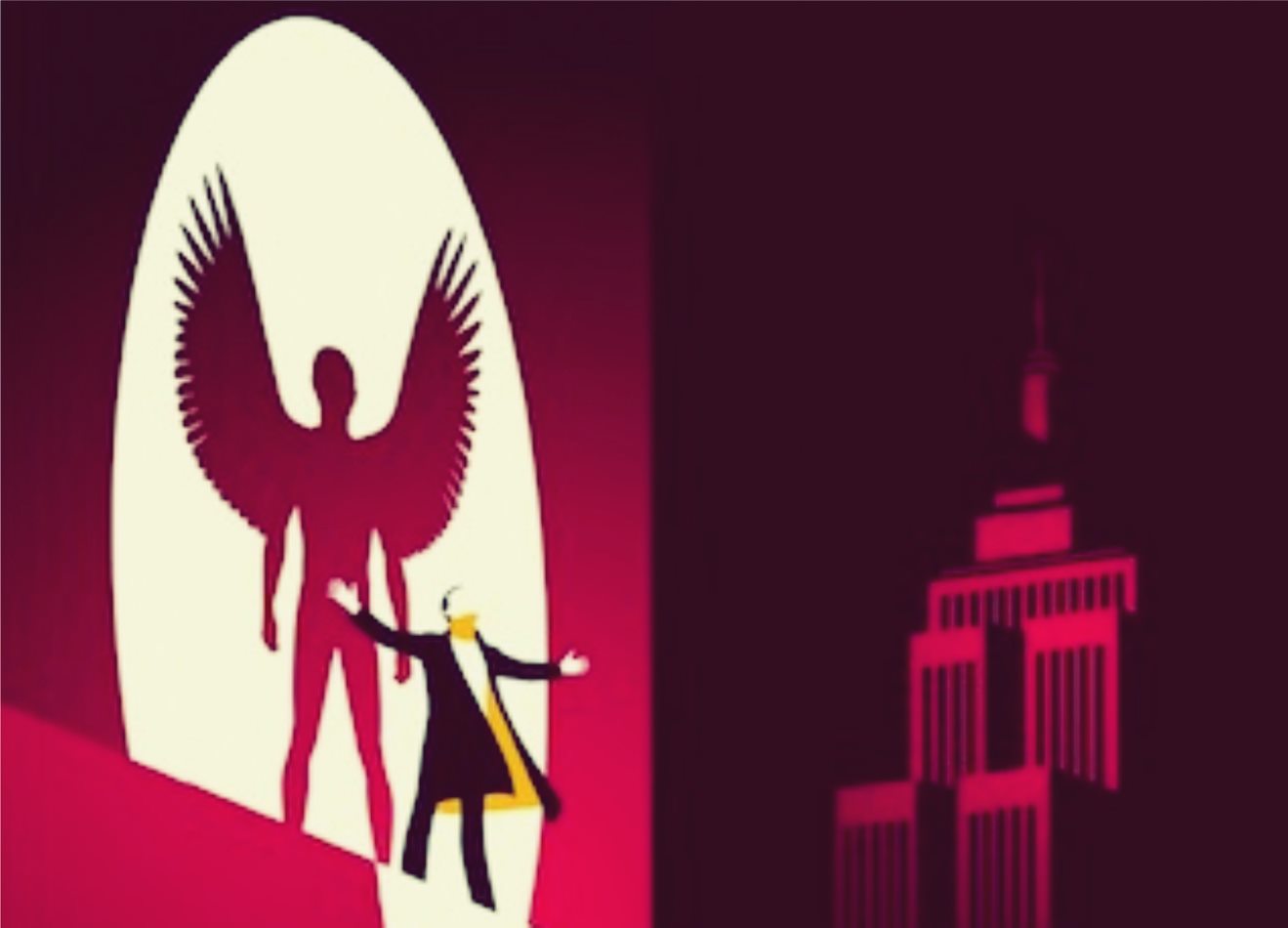 END_OF_DOCUMENT_TOKEN_TO_BE_REPLACED

It is only fair that after the Academy Awards there should be a post about the winners, yes, I agree but I am doing things a bit differently this time. I will try to watch all the winning movies and do a separate post about them all. Some will have a bigger post (the bigger winners including the Best Movie of 2011 – The Artist) some will just have a short review – so stay tuned.

The Girl With the Dragon Tattoo was actually my cinema experience a little while back because I thought it would actually be something very interesting to watch in the cinema. I was right, I think it had an effect on me in the cinema, it was bigger and louder. I must state that I have read the book and slightly seen the Swedish version as well. I am quite happy with the installment from the book to Swedish film to Hollywood film because David Fincher kept it elegant and it seemed that he honored the book (and hopefully the Swedish movies as well). Coming back to the Swedish movie, I watched it slightly because I didn’t like the casting choice of the main character. Though Daniel Craig wasn’t the perfect image of the character written in the books, he was as handsome as I imagined Mikael Blomkvist to be. As far as Rooney Mara goes, yes, she did a great job, her half Swedish half English manner of speaking was something to get used to and she still fell short of the Swedish actress who visually resembled more to Lisbeth Salander – for me personally.

The movie was nominated for 5 Oscars but it only won one, for editing which was done by Angus Wall and Kirk Baxter. Rooney Mara was nominated as well, she did not win because she was in a very strong category, but to be there to begin with is an accomplishment on its own. So good for her and best of luck for her future roles which already look promising considering she has a role in Terrence Malick’s next movie, Lawless (starring Ryan Gosling!).

A little about the movie, I liked it. I was super thrilled after the credits which were totally surprising and dark, intriguing and all eerie – after the first 30 minutes I was a bit disappointed of the hype I had in the beginning. It was a solid installment of a book into a movie, that probably describes it the best. Stellan Skarsgård played the villain, which is ironic cause he was the only bad guy and also happens to be Swedish (there is an ironic joke in there some where) and Christopher Plummer had a small role as well. I mention him because he actually won the Best Supporting Actor this year but all about that in another post.

With the 8,1 score in IMDb The Girl With the Dragon Tattoo is among the best 250 movies, and a well deserved place because it was simply that solid. Still I wouldn’t call it my favorite of the winners this year’s 84th Academy Awards and Fincher’s directing jobs – he has had movies which have left a bigger mark on me. Now the question remain, will other two movies come to life as well?

And here is the list just one more time, now with only the winners listed! PS: Congrats to The King’s Speech and Colin Firth !

Best Motion Picture of the Year

The King’s Speech (2010): Iain Canning, Emile Sherman, Gareth Unwin – FAV (I listed this as my favorite from all the nominees – well done, me).

Best Performance by an Actor in a Leading Role

Best Performance by an Actress in a Leading Role

Natalie Portman for Black Swan (2010) FAV (I think this was too obvious to be even a surprise, it was just – ahah, I knew it, blah).

Best Performance by an Actor in a Supporting Role

Best Performance by an Actress in a Supporting Role

Melissa Leo for The Fighter (2010) (Same story as with previous winner, Christian Bale..)

Tom Hooper for The King’s Speech (2010) (I gave this to The Social Network since I tried to even the playing field, TKS gets the best movie, TSN gets the director.. Academy Awards apparently don’t fallow the rules that way.)

The King’s Speech (2010): David Seidler FAV (I like when I’m right and with TKS I’m almost always right it seems..)

Best Writing, Screenplay Based on Material Previously Produced or Published

The Social Network (2010): Aaron Sorkin FAV (Thank god it wasn’t in the same category as TKS, all else it would’ve been even harder to pick my favorite..)

Inception (2010): Wally Pfister (Wasn’t my favorite but at least Inception got something for it’s visuals…)

Alice in Wonderland (2010): Robert Stromberg, Karen O’Hara (Wow, it got an award for something. Not the best from Tim Burton though!)

Alice in Wonderland (2010): Colleen Atwood (Another one, apparently the art and costumes were the best.. while of course other nominees didn’t have that kid of imagination in hand – Wonderland pretty much can be everything and anything.)

The Wolfman (2010): Rick Baker, Dave Elsey (Same thing as with Alice in Wonderland I think.. Making a man into a wolf pretty much sets the bar high.)

The Social Network (2010): Trent Reznor, Atticus Ross (I had my finger crossed for Zimmer cause I like his work but TSN deserves it also.)

Inception (2010): Lora Hirschberg, Gary Rizzo, Ed Novick FAV (If Zimmer doesn’t get an award, the sound mixers get it – yay for them!)

Inception (2010): Richard King FAV (The sound is all about Inception this year, great!)

Another year of movies has passed and after the Golden Globes there is only one big event that puts an end to it all (meaning the last year): The Academy Awards – Oscars. And since I did a post about the Golden Globes I felt that I had to do one about the Oscars as well. Now, I am not gonna predict anything, because my taste is pretty shaky lately due to my school work which would be officially over tomorrow – but I am gonna mention my favorites ( by adding a FAV behind it) from the categories in case I’ve seen most of the nominations. Anyway, here it is – Road to the Oscars 2011:

Best Motion Picture of the Year

Best Performance by an Actor in a Leading Role

Jesse Eisenberg for The Social Network (2010)

Best Performance by an Actress in a Leading Role

Annette Bening for The Kids Are All Right (2010)

Best Performance by an Actor in a Supporting Role

Christian Bale for The Fighter (2010)

Best Performance by an Actress in a Supporting Role

The Kids Are All Right (2010): Lisa Cholodenko, Stuart Blumberg

Best Writing, Screenplay Based on Material Previously Produced or Published

How to Train Your Dragon (2010): Dean DeBlois, Chris Sanders FAV

Wow, if you didn’t do the counting, I’ll do it for you – the most nominations this year went to The King’s Speech (review coming soon) – a total of 12 nominations! So I guess the question now is, how many it will actually get…