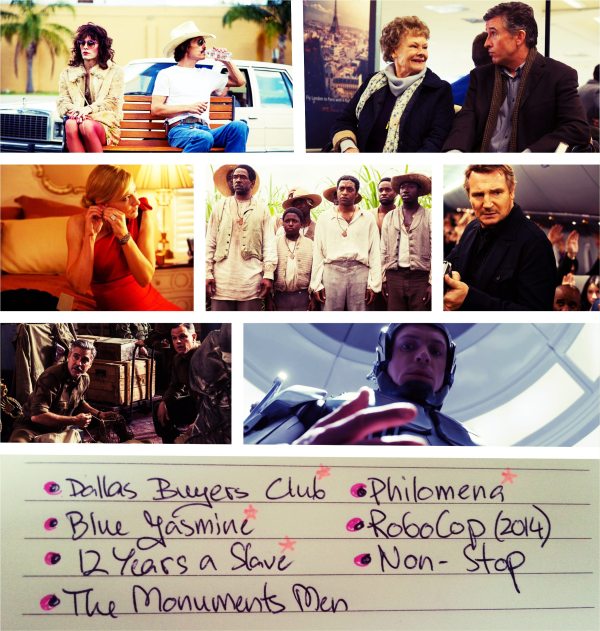 While trying to pick out a movie I should review today, I discovered that there are so many movies I’ve seen and not reviewed that the pileup is almost unbearable. So, since I’m all for finding the easy way out from difficult situations, I figured I’d pile bunch of reviews into a big post and simplify my life, give a short overview of my latest cinematic experiences and get on track with my reviews: all of which constitutes as a win-win situation for everybody! 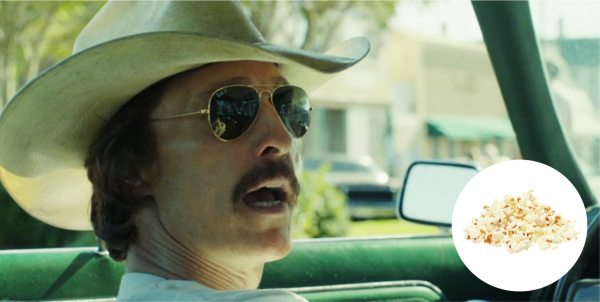 Though I’d have tons of great things to say about Matthew McConaughey’s performance in Dallas Buyers Club, the movie itself, for me at least, wasn’t the strongest of the Best Picture nominations. Yes, the story was inspirational and the chemistry between Matthew and Jared Leto was believably sad, but Dallas Buyers Club could have had a much bigger impact. One of the downfalls, something a fellow blogger mentioned as well, was that the viewer couldn’t really apprehend the fact how long Rod Woodroof survived after his diagnosis. Because that fact was extremely remarkable on its own, not to mention it would amplified the meaning of Woodroof’s strength and will of life. That being said, Dallas Buyers Club was definitely THE performance movie of the year and Matthew McConaughey’s Academy Award was well deserved – not just for the sacrifices he made physically but for his emotional range that was just off the charts! 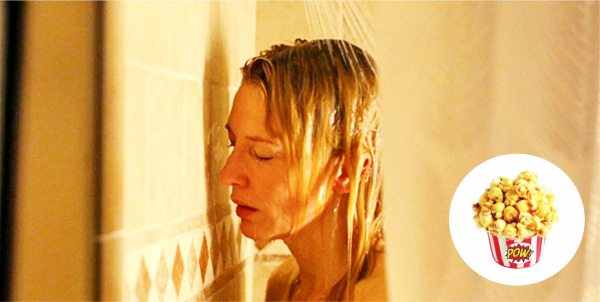 Another performance movie was Blue Jasmine with Cate Blanchett, the woman who had no competition this award season because her Jasmine was simply THE best female character out there in 2013. I’m generally torn between Woody Allen’s movies, I either like them a lot or I dislike them, with Blue Jasmine it was love at first site. Certainly most of the credit goes to Blanchett but one can’t dismiss the fact that Allen wrote a very intriguing character and added a strong plot around her – so Blue Jasmine’s success is definitely a team effort. What I liked the most about the movie was the way how the story progressed and I must admit, Allen knows how to write a decent screenplay and he can probably do it in his sleep by now.

Everything good that was said about previous movies is something I can never manage to say about RoboCop (2014), the remake that I went to see because I wanted to watch Joel Kinnaman on a big screen. There, I said it, I paid €2.88 (discount Monday) to see Kinnaman in a metallic costume running all over the place and running unattractively by the way! After watching the remake I turned to the original and well, I must admit, I liked the 2014 version a bit more but just because it was more shiny and more clean looking. Everything else was just wrong and I feel sorry for Kinnaman because I think he has much more potential. I also have no idea why Gary Oldman would agree to do such a movie but who am I to judge career moves.

Whilst some movies feel completely out of place, others feel utterly perfect and so was Philomena. It was the most surprising movie from the Best Picture nominations because I had no idea what to expect and I got Judi Dench and Steve Coogan at their best! If you read my MR. Awards post, you know I gave those two the best couple award because their chemistry on screen was so heart warming that I couldn’t help to shed a tear or two. The story itself was remarkable, sad and quite irritating at the same time, yet, Dench’s character Philomena was so understanding – I guess that kind of wisdom of life comes with age. 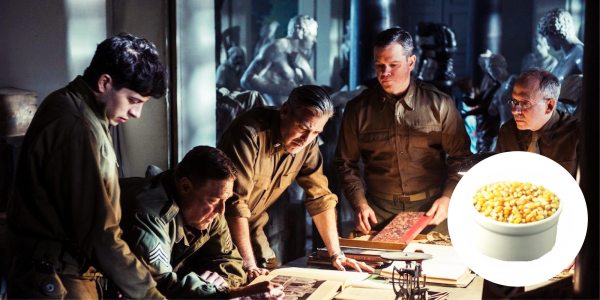 Seeing The Monuments Men trailer and hearing the Ocean’s 11 soundtrack on the background I literally jumped for joy, I needed to see that movie right away! The end result, which was influenced by the most disruptive people in the cinema I’ve ever had the pleasure to sit next to, was rather disappointing. The Monuments Men lacks the charisma and the joy of entertainment, it drags and it doesn’t really have the spirit I was expecting. That being said, seeing Clooney, Damon, Murray and Dujardin on the screen was probably the only thing that made up for the worst cinema experience I’ve had in years. To clarify, the movie wasn’t the worst, the stupid people next to me were simply idiots.

A little part of me was certain that 12 Years a Slave would win Best Picture because it is the best political choice: a black man is stripped from his freedom, he spends 12 years fighting/working for his life and finally gets the chance to go back to his family. It sounds heroic, it sounds like a victory and the injustice that was made against that man deserved a movie, awards and the Best Picture statue. I have nothing against the movie, it had all the right elements and it felt tiring for all the right reasons, Ejiofor was good, Nyong’o was amazing, Fassbender’s evil side a twisted joy to watch and Pitt was the weak link because of his accent. The worst and most excruciating scenes to watch was the whipping in the end and it hurt me to my core, so it made sense that McQueen got his long awaited award though all of us know he should have gotten it for Shame instead.

Last but not least, the surprisingly entertaining Non-Stop which actually was a decent thriller and who would have guessed it!? IMDb gives it a better score than Shame which is bullshit but hey, I agree, it was probably one of the most entertaining thrillers I’ve seen in years and Liam Neeson gave a great performance throughout. The movie had all the right elements, mystery, action, suspicion, thrill and doubt and though the justifications for the actions in the end were a bit shaky, I didn’t care by then because I was ready to praise it no matter what. Yes, it might not be the best movie out there but for what it was supposed to be, an action thriller, I dare anybody to say Non-Stop didn’t push the right buttons because I’m certain it did!