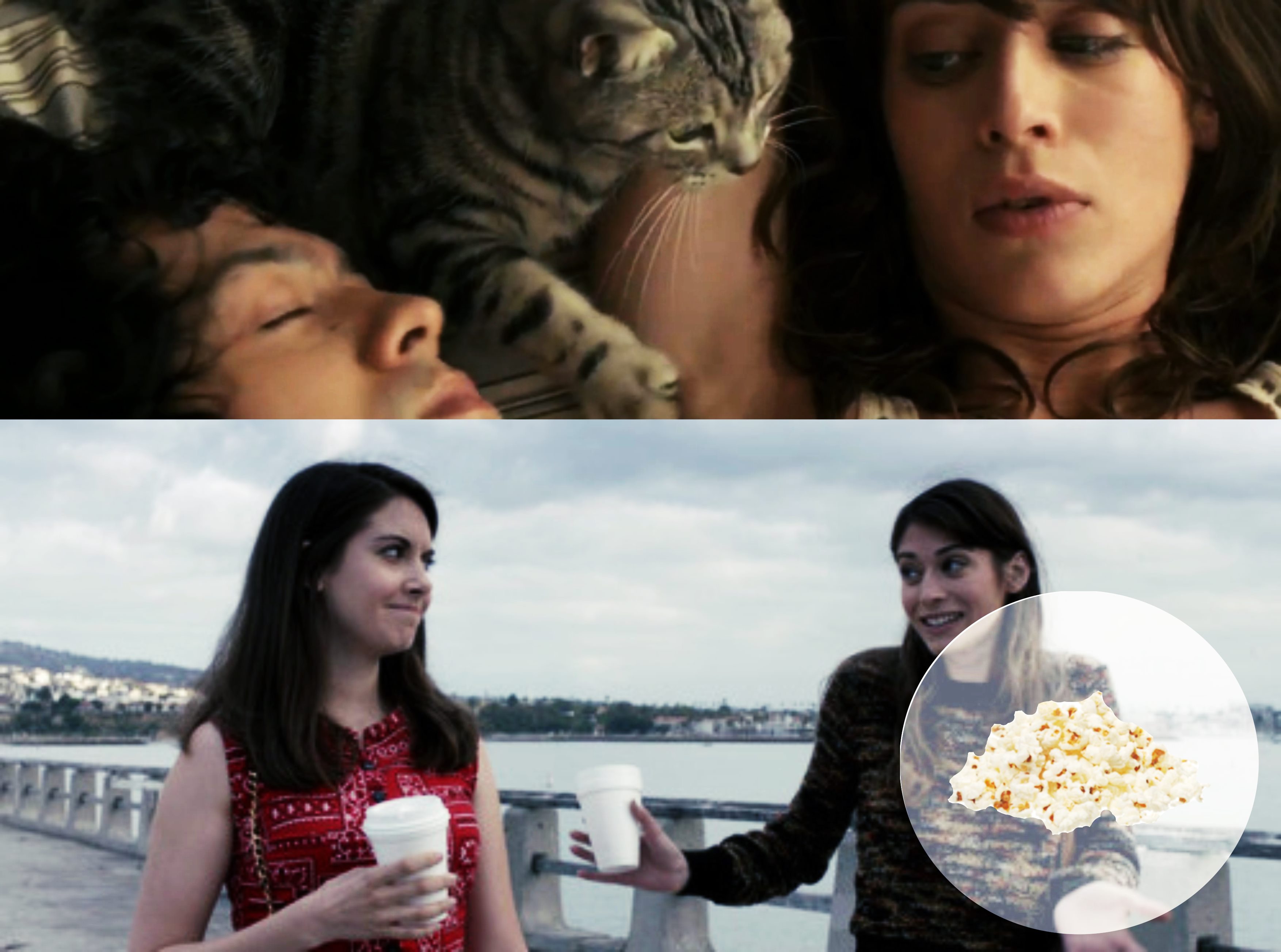 Cloudy with a chance of tiny spoilers.

Gravitating towards small independent movies comes and goes in waves for me but it seems I’ve been surfing a big one lately. There’s just no motivation what so ever to watch and review every Best Picture nomination like I did last year, but just a strong urge to watch movies that don’t get big releases and awards thrown at them. Small, understated and misunderstood movies that mostly keep reassuring me that it’s okay to not know anything about everything.

Save the Date is the kind of movie that might not appeal to everybody because it doesn’t make a big splash or rattle the brain too much. It just glides and you know what, I fucking love that sometimes but that love is more possible when you have Mark Webber on screen because he is adorable! Another aspect that really makes this one stand out for me is the inescapable topic of indie films – the midlife crisis which happens a lot sooner nowadays. For instance, I’m pretty certain I’m suffering under a midlife crisis right now but I’m not even 30 yet. And that is something that is getting more and more focus in movies, characters left and right are uncertain, confused, unmotivated and disoriented with their lives and I relate to it so much it actually hurts.

Long story short, Sarah (Lizzy Caplan) has just rejected Kevin’s (Geoffrey Arend) proposal while her sister Beth (Alison Brie) is marrying Andrew (Martin Starr) who just happens to be in the same band with Kevin. Enter the adorable Jonathan (Mark Webber) as Sarah’s so called rebound, who is very aware of the fact that she has just come out of a serious relationship and is playing it cool. The whole dynamic between these characters is genuine and that feeling continues from start to finish, as different interactions add to the characteristics of these people.

Throughout the movie I loved Jonathan the most, then again, I was on a Mark Webber high and I would have liked him even if he was playing a complete jackass. He wasn’t though, Jonathan was nice and sweet and everything a girl would want from a boy. Partially due to my affection towards Webber and his character, I sort of connected with Sarah a lot more than I anticipated. Her midlife crisis was about a relationship that, for her, wasn’t progressing as she wanted, something every woman can relate to and feeling like something is suffocating you, is very common and not only in relationships. Sarah needed to get out and she did, all while her sister Beth was doing the opposite and jumping into a lifelong commitment Sarah wasn’t necessarily supportive of because she felt differently about marriage.

For me Beth’s story was a good companion to Sarah’s main plot, Beth’s wedding planning, her feelings towards Sarah and her own doubts about everything, her need to have a supportive person next to her while she was going through this life changing event. At one point I was afraid that it was heading towards disaster but the script handled the relationship between Beth and Kevin, to my surprise, very well. It just felt very real and authentic, if that makes any sense at all. Martin Starr, who I don’t necessarily pick out from a crowd as the stand out, kept it simple with Andrew but strong enough to be a great supporting actor for Alison Brie as Beth, who has always been lovely in my opinion.

That brings me to Kevin and believe me, I wasn’t really planning to bring up the character who gets dumped while proposing but there’s just so much to feel for this guy! Instead of being an asshole or just a guy who proposes out of fashion, Kevin seems genuinely in love with Sarah and it hurts when he gets rejected. He handles it well enough in the beginning but when he breaks it does hurt a little. I almost thought Sarah to be the bad guy, and honestly, I still think she was a little because she dragged the relationship far enough to hurt Kevin. But then again, Save the Date isn’t about bad guys or bad women, it’s about people and relationships, friendships and rebound sex that doesn’t necessarily end up being rebound.

Last but not least (though this review is shaping up to be longer than I expected), the god damn ending! Now, I’ve mentioned this before, and I’ve mentioned it about various things this month, but man, I have a thing for endings and it isn’t a very nice thing. Save the Date’s ending wasn’t bad per say but it sure was annoying because it ended like the first movie of a trilogy would end, leaving it all hanging in the air and making me want for more! Imagination goes far but it can barely give me the satisfaction an actual sequel could give me.With this, a follow up movie would obviously never happen but I kind of hate Save the Date for making me ache for a second movie with that ending! Then again, that ending was brilliant and I hate it even more because of it.

PS: The illustrators for the movie, that made very little appearances, were lovely. I wished there were more of them.