Maybe it’s the fact that I haven’t seen many newly released movies lately. It could also be because I saw a lot (and I mean a lot) of bad movies right before seeing Palm Springs. But one thing is for certain, Palm Springs is one hell of a treat! It has it all: a surprising element, romance, humour and great performances. If 2020 would end now, Palm Springs would probably be one of my favourites of this entire year.

Going in blind with this movie was the best decision I could have made. I had heard glimpses about this movie, saw generally good reviews but had basically no idea what the movie was about. So if still possible, go in blind and come back afterwards to read this review.

Palm Springs essentially is a romance movie… but with a twist. Bringing back the magic of Groundhog Day and adding some flare to it, Palm Springs makes living the same day over and over again very enjoyable. The movie is simple in its core, set in one place for the entire duration but with a few different set pieces.

Before we know the sci-fi twist we are introduced to Andy Samberg’s character Nyles. He wakes up in a hotel room and tries to fuck his girlfriend. He seems completely numb to everything, seems sort of lost and doesn’t emote a lot. Clearly he is depressed but we don’t know why yet. There also happens to be a wedding where he gives a speech and everything.

As the movie progresses we start to see more of Cristin Milioti’s character Sarah who Nyles approaches during the wedding party. Around this time, we start to see signs that something’s off. The movie drops subtle hints at this and if you go in blind you might not pick it up as fast. You see, I hadn’t realised it was a movie about repeating the same day. So for me it was a discovery from start to finish.

Bottom line, Nyles has been living the same day over and over and over again. How many times? Hard to tell but there’s definitely been more than a years worth, probably more than 1000 years worth of days. Yikes. But it all changes for Nyles when Sarah accidentally also gets trapped in the time loop. That’s when we see how this all started for Nyles as well as Sarah. 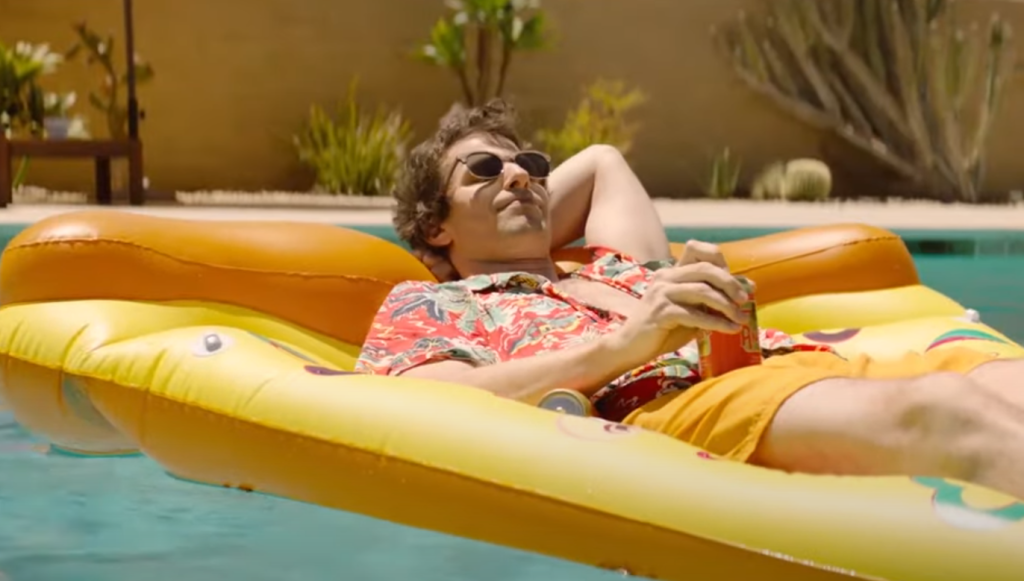 There are a few plot points that are sort of twists yet they are super easy to detect. I figured out the big mystery even before it was truly mentioned in the movie. It’s predictable but it’s also okay because the movie deals with it and does it well. So for me the predictability is not an issue with Palm Springs. Frankly, I don’t think there’s much to fault here but then again, that’s a subjective feeling.

I can see the movie falling somewhere between romance and comedy, not truly being in either genre. There are laughs but not a whole lot. A big part of the movie is self growth and character building which sort of gets lost in between the “fun stuff”. There are infinite number of days these two repeat but we don’t really get the scope of it. I guess it’s a mystery but in ways, I think some clarity could have been added. 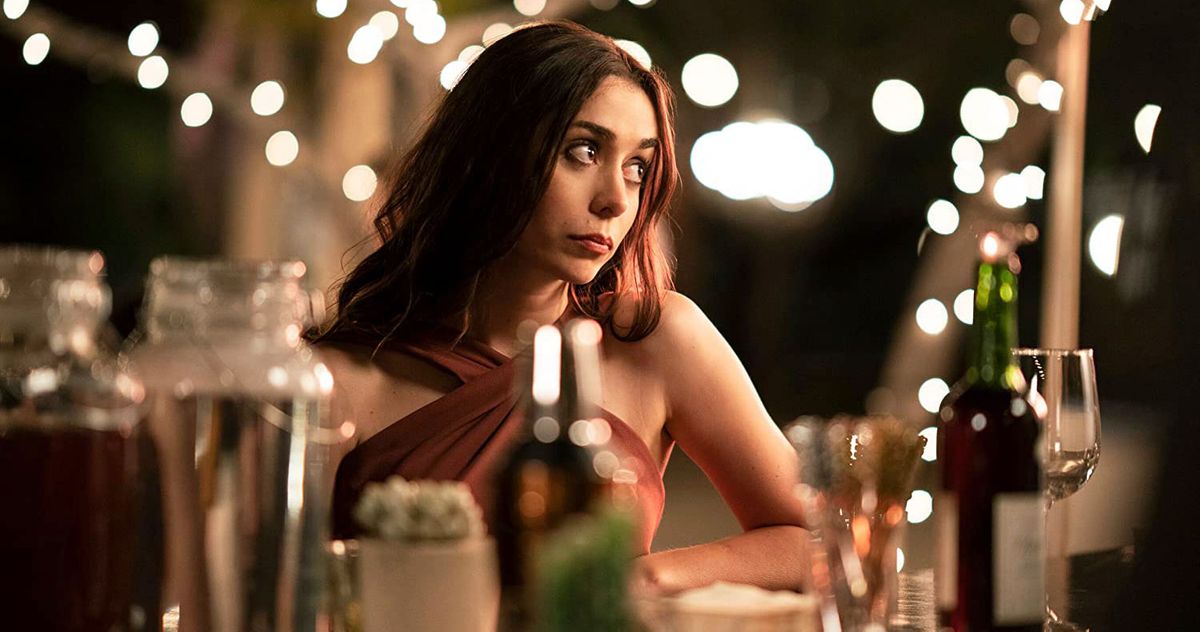 Anyway, I loved this! I loved Samberg so much and I started watching Brooklyn Nine-Nine again because of this. He is so strong in comedy but he has a knack for drama. I can’t imagine anyone else in this role. It just suits him. Milioti is just as strong but I haven’t seen her in many things (come to think of it, maybe this is the first big role I’ve seen her in) so I don’t have any comparisons. J.K. Simmons has one of the bigger supporting roles and he is great. I do wish his character had a bit more to do but I guess that could have made the movie messier.

There’s not a scene I would visually remember but the set design had a few stand outs. For instance the Hawaiian shirt and the pizza slice floaty. If I had a pool, I would have ordered that floaty already. In conclusion, turns out these types of movies for me work really well. Set in a very limited space and having a great idea and a well thought of script to support it.

The simplicity and great acting tie it all together in a nice rom-com type bow. Yet it dives into much bigger problems and if the timeline was a bit clearer, the character growth would have had a bigger impact. All in all I think this is an entertaining treat that I would definitely recommend.