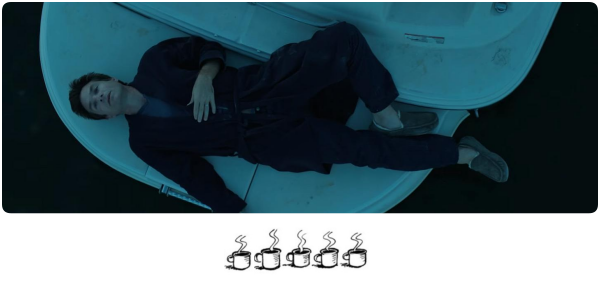 Before watching Ozark, I thought Mindhunter was definitely going to win my number one spot for best Netflix show of the year. Granted, there are still many promising first place contenders coming up (Stranger Things 2, The Punisher), but I didn’t expect Ozark to push Mindhunter of its pedestal so quickly. Should have seen it coming though, since I’ve always had a soft spot for Jason Bateman, and his character Martin Byrde is especially intriguing.

First of all, f*ck trailers. I had no idea what I was getting myself into when I started watching Ozark and I was constantly surprised by what was happening. After finishing the entire season in a day and a half, I watched the trailer, and was utterly relieved that I didn’t watch it beforehand. It gives away so much, it numbs the element of surprise, it answers questions you didn’t know you were supposed to ask. Stay away from the trailer, okay? It’s for your own benefit because you’ll get to enjoy something without expectations.

Secondly, I wondered whether I should even mention the first spoiler the show delivers during its first episode. Me not knowing anything about Ozark, or what it was about, gifted me the element of surprise even in terms of the plot! Imagine discovering something like that, the whole premise of the show, while slowly getting to know the characters and their motivations. It was pure entertainment! I hope some of you were or are going to be as lucky as I was.

One of the creators of the show, Bill Dubuque, is familiar to me from The Accountant, a movie I enjoyed quite a bit. With Ozark, Dubuque takes it to a whole new level, and delivers a very smart show! Not only is it intelligent in terms of its conversation matter, it’s also brilliant when it comes to character development. On paper, none of our main characters should be appealing! Yet, from episode one, I’m rooting for them all! Doesn’t matter what they do, or don’t do, I’m invested in all of them, and that includes both sides of the law. The reason? Everyone is flawed, and those flaws feel so natural, even in the most dire of situations.

Another aspect of the writing that gave me great pleasure was the honesty Ozark applied to its characters. We have a show that is heavily infested with secrets, yet, there is a lot of brutal honesty in unexpected moments. It not only balances the show, but it also feels new and fresh among so many other shows that do the exact opposite.

One of the draws to the show for me was definitely Jaosn Bateman’s involvement. He not only portrays our main protagonist, he also directs the first and last two episodes of the first season. Bateman is widely known as a comic actor, yet, it’s his serious roles that I find more alluring. First was Juno, then The Gift, and now Ozark, Bateman, just as Jim Carrey did, proves that comedy creates excellent drama actors.

But don’t get me wrong, while Ozark is a crime thriller, it also has a knack for dark humour at times. And it’s that dead-pan delivery of those lines that really hit the nail, which is why Bateman is perfect to play Martin Byrde. Also, his voice is just honey to my ears, and it’s satisfying to hear him accompany such sophisticated writing with that voice of his.

The shows most important aspect is the dynamic between Martin Byrde and his wife, Wendy, portrayed by Laura Linney. As I mentioned before, all our characters are flawed, so it’s especially crucial for these actors to deliver performances that appeal to the viewer. From my perspective, Linney’s character should have been someone I disliked, and yet, I found myself rooting for her. There is a strong connection been made between Ozark and Breaking Bad, and yet, Ozark does everything the other way around. Linney’s character could not be any different from Anna Gunn’s Skyler, which is why I liked her so much. 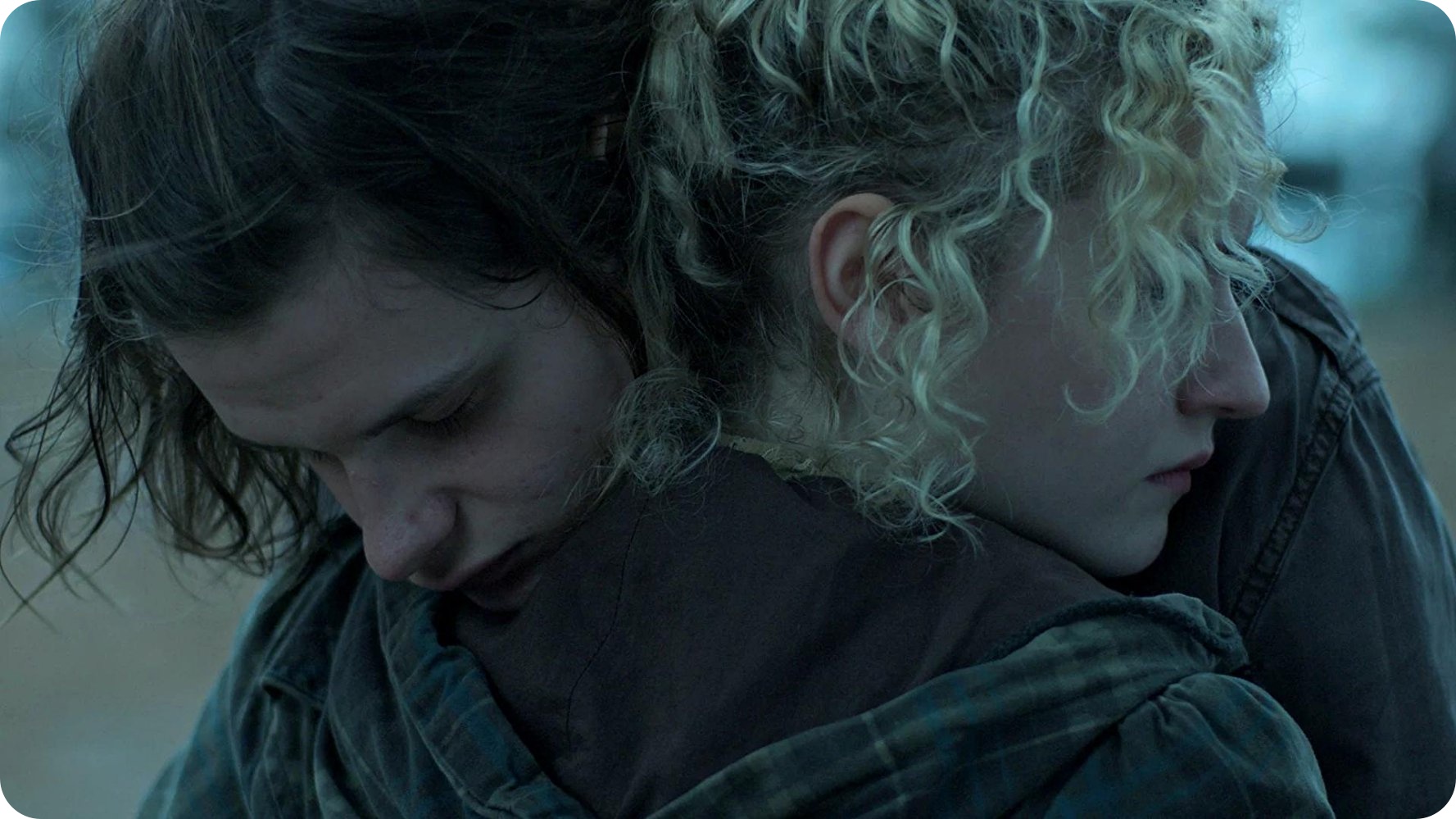 There are a few characters I felt almost as strongly as the Byrdes, and those were Ruth Langmore (Julia Garner), Wyatt Langmore (Charlie Tahan), Pastor Mason Young (Michael Mosley) and Roy Petty (Jason Butler Harner). Ruth and Wyatt are cousins, and what one would consider trailer trash, and yet both characters have their own set of redeeming characteristics. Ruth has a sadistic father, who is imprisoned yet clearly still has a hold on Ruth, and yet she is driven and intelligent. She becomes associated with Martin, and the dynamic between those two characters is very interesting.

Wyatt is a reader, which isn’t saying much but it demands to look at him from a different point of view. He is also one of these bad boy characters that’s actually soft and adorable, if you look past the exterior. I love the interaction he has with Martin’s daughter Charlotte (Sofia Hublitz), and I would love to see them two share more scenes in the upcoming season. Hublitz herself is also a pretty great actress, because Charlotte could come off annoying so easily and yet, she does the opposite.

My second person soft spot reward goes to Michael Mosley as Pastor Mason Young, because I’ve been a fan of Mosley since Sirens. In addition to playing a man of God, Mosley’s character also has a revelation at the end of season 1, which might make him an important arc for season 2. There is a scene in the last episode that could scare a few people and I guess it almost scared me too, but it’s actually a fascinating choice of a character development. Anyway, I thought Mosley’s character was interesting and complex. Same goes for Roy Petty, who is an FBI agent, and has run into some set backs in his investigation prior to season 1. But what gives this character the most appeal is his sexual orientation and his almost psychotic personality, which creates a very layered character. Butler Harner is completely unknown to me as an actor but his performance here is almost haunting.

LAKE OF THE OZARKS

Wanted to give a little shout out to the location because I thought it was a brilliant choice for such a show. Though most of the show is not filmed on location, the show heavily borrows from the Lake of the Ozarks for locations, and manages to paint a picture of a regularly forgotten paradise.  The characters and their story lines fit the atmosphere so well, and they continuously borrow inspiration from it, which makes the Ozarks a character on its own.

Since it’s hard to discuss a show without spoilers, I can’t say much else without giving away the elements of surprise. And like I said, the show has so many of them throughout, from episode 1 to the last episode, I was constantly surprised and shocked into changing my opinion about certain characters. The plot was constantly moving, there was never a dull moment at sight, and just when you thought that things were going to settle down, something else happened.

The writing and the setting for Ozark is right on the money, and the actors and actresses are all doing a great job at delivering their imperfect characters. My biggest problem with the show is the fact that it was only 10 episodes (almost 11 hours of entertainment), and that I now have to wait so long for the second season. That being said, I’m pretty sure I will return to season 1 before the second one airs, because I will gladly watch the life of the Byrdes unfold at the Ozarks again and again.