Revenge is a word that has become very violent. We see revenge movies with guns, bombs and the main character just straight up killing everyone. Nocturnal Animals, on the other hand, is more a subtle and a more refined revenge movie, filled with strong emotions around every corner.

I wouldn’t say I was waiting for Tom Ford to bring out another movie after A Single Man by relentlessly refreshing his IMDb page. At the same time I was sure I was going to go see Nocturnal Animals as soon as I found out about it, because I knew I was going to experience something beautiful. After waiting for a while, I got the chance to see it during the Black Nights Film Festival here in Estonia. I sat in a sold out theater, I sat there with my mother waiting impatiently until the movie begun. And during those first minutes of the film, I already knew that I was right, and I was going to experience a visually gorgeous movie with deep and dark emotions.

The movie opens with graphic videos of overweight women celebrating their bodies during Susan Morrow’s (Amy Adams) art exhibition’s opening night. She sits among her subjects after the show, stoic and cold. Her husband, Bobby Andes (Armie Hammer) is not present, and when she asks him about this the next day, he says he had to work. That morning, right before Christmas, Susan receives a manuscript of a novel called Nocturnal Animals by her ex-husband Edward Sheffield (Jake Gyllenhaal) with a dinner invitation. Then the plot takes an interesting turn, and we are thrown into three different narratives. First of which is Susan reading the novel, and coping with the fact that her life isn’t as perfect as it may seem from the outside. The second is Susan’s own flashbacks to her past with Edward and the decisions she made that lead to her present life. And third, the strongest narrative of the movie, the story inside the novel, the visual representation of Nocturnal Animals. 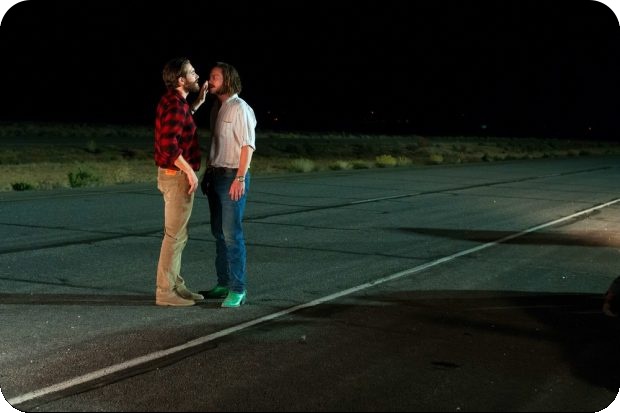 Part of me feels like going too deep into these three narratives means I will somehow get lost and never find my way back. I don’t even know where to begin because so much of the strength Nocturnal Animals possesses is in the narrative structure of the story. There are ups and downs, there are twists and there are visual similarities between all three. And having seen the movie once, I know that the connection between the three narratives is actually worth to be experienced multiple times. Plus, I feel like you can’t really comprehend the entire meaning with just one viewing. So I apologise that this review might seem a little messy, there are just so many things to discuss.

First off, while I expected the majority of the story to be told from Susan’s perspective, I was surprised that the third narrative got the most attention. And thank god, because it was brilliant from start to finish. The main character of the third narrative is Tony Hastings, played again by Jake Gyllenhaal, traveling with his wife and daughter. Suddenly, on a deserted road, two cars appear and one of them seems to be causing unwanted trouble. Things escalate quickly and the occupants of said car, lead by Ray Marcus (Aaron Taylor-Johnson) start to harass Tony and his family. When things get serious, the local detective Bobby Andes (Michael Shannon) gets together with Tony to work on a common goal. It is obvious here that Gyllenhaal and Shannon possess great chemistry on screen, and their performances elevate Nocturnal Animals to a level unlike no other. It’s a shame really that only Taylor-Johnson was recognised here by getting a Golden Globe nomination because between the three, he wasn’t nearly as perfect as Gyllenhaal and Shannon were in that novel-narrative.

By the way, the plot of that novel-narrative was everything. I can’t really put it to words, but I think the fact that that it was woven in between the other two narratives, helped to create this extra amount of tension inside that storyline. We were constantly pulled out from that novel, from these very serious situations, and it felt thrilling and different in terms of telling a story. The other narratives in between the novel-narrative were not my favourite like I mentioned but they were necessary. You see, the novel is written by Edward, and he has put himself into the role of the main character, so Nocturnal Animals represents his inner thoughts and emotions. It is important to see how Edward ended up in that point, and that is why Susan’s flashbacks to her past are important. 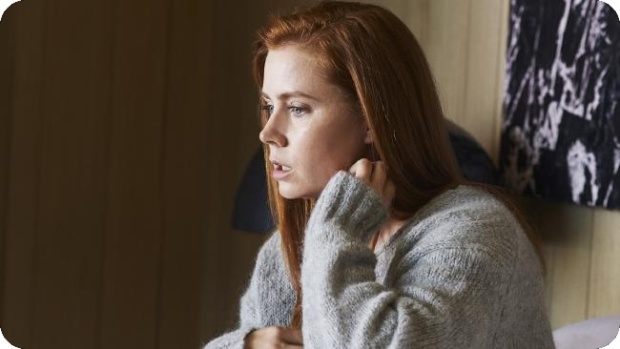 At the same time, Susan’s current life is just as significant, as it represents her own character development. This in turn is crucial during the final act of the movie, where Susan has finished Nocturnal Animals and we witness the change in her due to this very emotional experience of reading Edward’s novel. She gets ready to go on that dinner with Edward as a different woman and she doesn’t want to hide anymore, she wants to show that part of her that only Edward seemed to recognise. And yet, without all three narratives, that final act would have felt empty, and even though the novel-narrative delivers the strongest performances and the strongest emotions, the essence of the movie lies in that moment when the past, the imaginative and the future meet.

It was interesting for me to see this movie with my mother because we had completely different reactions at the end of the movie. My mother was frustrated, she wanted and needed more from the ending, while I was completely and utterly content with how Nocturnal Animals ended. For me, it was a full circle, it was in its essence, a prefect revenge from the bottom of the soul, subtle, cruel but also brilliant. I can see how the ending might upset people and how the nature of those final minutes might seem too little compared to the entire movie. But for me, those are the exact reasons why the ending of Nocturnal Animals is one of my all time favourite endings to a film, because closure is overrated, and revenge is best served in silence.