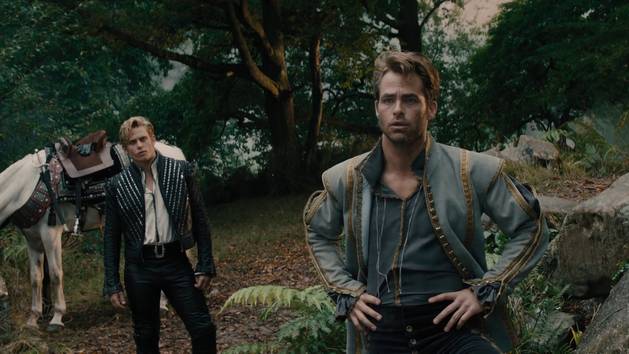 Nothing like a bad movie to ruin your day, or your week and if it festers in your mind long enough, it might even spoil an entire month. And yet, I’m drawn to them like a moth to a flame, even though watching through them is torture and not the fifty shades kind of way. This is a list of five 2015 releases that I saw and have regretted watching ever since.

Considering the possobilities, and based on the hype it managed to create for me, Tomorrowland was the biggest disappointment in 2015. It had so much going for it, and yet, it felt empty and dull, which is an achivement in itself for a futuristic science fiction adventure movie.

If anything, I should praise the Divergent series for being consistently bad because even its second installement didn’t do it for me. Frankly, I can’t even remember what exactly happened in the movie and how it ended. The only positive thing about Insurgent was Shailene Woodley with all her on-screen boyfriends which created one of the funniest memes this year.

The reason I didn’t review Into the Woods was probably because I didn’t really watch it, nor finish it. It wasn’t even the singing that bothered me, it was the messiness of it all, the pile of fairy tales it retold and the pile of crap it created. The best part, the iconic sing off called Agony between two dudes. The worst part, that Meryl Streep got nominated for her role in a very bad Disney movie.

This is what happens when you write a bad book and nobody seems to notice: they make a bad movie out of it! The good thing is, Jamie Dornan with a beard is hot, the bad thing is, some idiot thought he should shave it off to play Dorian Grey. The worst thing though was the lack of male nudity in a movie made for women! I got to see Jason Segel’s manhood in Forgetting Sarah Marshall, I witnessed Fassbender’s holy body part in Shame, and yet, Fifty Shades of Grey gave me a single shot of booty and the rest was just tiny boobs. Disappointing.

With a cast that is filled with brilliant actors, it’s an eight world wonder to mess up an action movie that bad that I literally could cry! Fantastic Four reboot was the worst thing that happened to 2015 and it’s better to pretend it never happened. The best thing about Fantastic Four were the few moments of Jamie Bell’s precious face, and the worst thing about it was that I actually spent money to see it on a big screen.