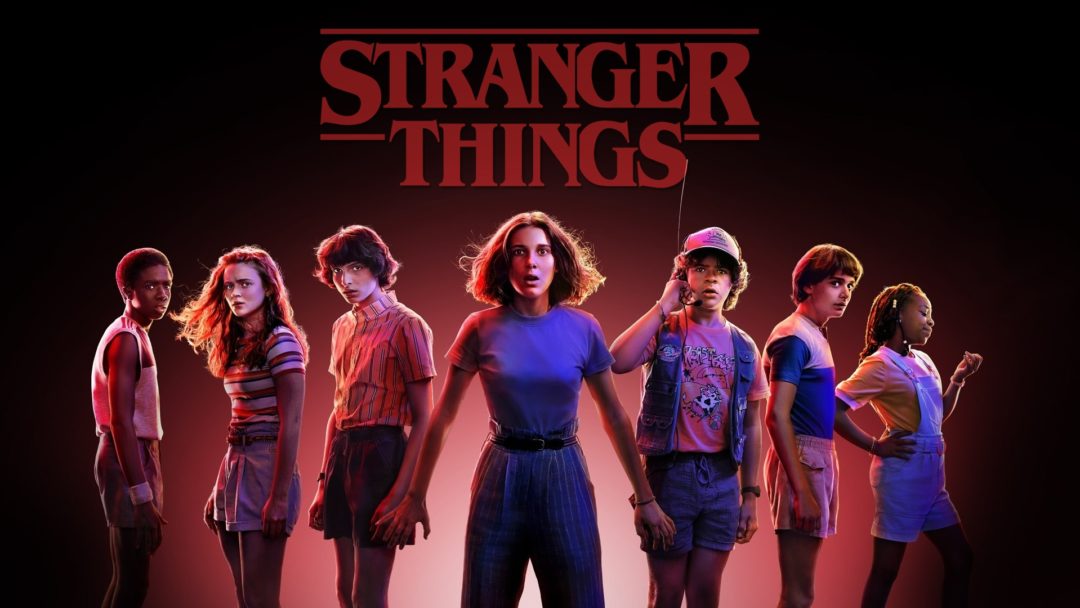 It’s finally time for my first Stranger Things related post this summer. First, before I get to my lengthy season 3 review, I’m bringing you my five favourite episodes from the show so far. So all three seasons are a fair game but I’m picking just five – so you can imagine how difficult this actually was! Like, I really had to crack my brain to narrow it down to five. But I did it and here is a chronological list of my five favourite episodes from all three Stranger Things seasons.

As far as pilot episodes go, The Vanishing of Will Byers is amazing! It starts off in an ominous lab that sets up the horror to come. It pulls you right in, you are already scared and you have an idea how good the show is going to be. Then we are thrown right into the first DnD game, which nicely introduces us the four friends we’ll learn to love. What follows is something that always makes me jump. Will’s disappearance. With just two story blocks, the balance of the show is set. Scary and funny, but mostly scary.

The demogorgon, it got me.

The overall writing of the first episode is great as well. There are a few episodes throughout the show that stand out for their great script. Not just story wise but how scenes are balanced, what we learn throughout the episode and how well it sets up for what’s to come. The Vanishing of Will Byers does just that, with a lot of care and patience. Plus, you are immediately rooting for Will, not just thanks to the writing but also because of  Noah Schnapp’s performance.

Can we just, talk about all the performances for a minute? And yes, this post will be super long. First episodes are very important for many reasons, including introducing us to the characters. The Vanishing of Will Byers has so many great first appearances of characters! Actors all feel very natural and they embody their character. Casting on point!

Mornings are for coffee and contemplation.

Finally, since I’ve written more than I expected, I do want to say that the cliffhanger of the first episodes is one of my all time favourites. Dustin, Mike and Lucas find Eleven in the woods during the night. The music, their faces, the everything. It’s so simple and yet it feels so powerful because that’s like THE moment. Stranger Things show relies heavily on them meeting Eleven and that small, yet significant moment, is treated with utmost care.

By this point in the first season we’ve come along way with all the characters. The divided groups start to come together as the mystery begins to unravel itself. This episode has all the best parts of Stranger Things combined together. We have a bit of romance, we have amazing action sequences and we have ton of emotions!

The bad men are coming!

The tension levels this episodes manages to reach is epic. That scene where they run away from the bad men with their bikes, Eleven flipping that truck – it’s very memorable. And the episode is filled with such scenes because what follows elevates the show to new heights. For instance, Steve Harrington shows his true colours – he is a good guy! It’s known that Steve wasn’t supposed to survive the first season, so I’d like to believe that Joe Keery changed their minds in this episode especially.

Then, we have the grown ups, teenagers and kids reuniting. That is a nice development because it brings them all on the same level. We  are able to view them all as equally badass and resourceful. The Bathtub also solidifies how much Jim Hopper exudes trustfulness because Mike decides to reply to him not Nancy.

Then we witness the first kiss between Mike and Eleven, which is adorable despite the criticism their relationship prompted. But as if this episode didn’t have enough to offer, it also has the bathtub scene. That’s when Joyce steps up again like a badass motherly figure she is! This is so emotional it’s hard not to cry every single time during that moment. Millie Bobby Brown delivers a standout performance as well and we see Will! He looks so fragile and weak and he just breaks your heart. And since the show hasn’t showed him up until that moment, we are suddenly faced with how dire the situation really has become.

Plus, there is that final moment when Will is truly taken by the demogorgon. It leaves you wanting for more and you’re already onto the next episode before you know it.

Following my (and possibly everyone’s) least favourite episode of the entire show, The Mind Flayer brings it all together so spectacularly. Again, it’s the strongest episode of the season because it’s written so darn well. The tension, the epic building escape and most importantly, the heartbreaking moment of Mike reuniting with Eleven. I’m floored on how much the show managed to put into a single episode. Yet The Mind Flayer having everything in spades still keeps the balance.

This episode also continues the bromance Steve has with his kids. I mean, the kids, not his…. I think. Which warms my heart every time I see those scenes. Anyway, lab escape follows and it just elevates a sense of thrill and horror, which makes you think that’s it, right? WRONG!

Next thing you know the whole gang is solving one of the key mysteries of the season. And names this season’s monster. Which is followed by a hilarious scene carried by Gaten Mataratzzo as Dustin. Which is iconic for Stranger Things – we have a funny scene in the middle of all the horrors setting up the final battle.

Anyway, they end up talking to Will, who’s body has been hijacked by an evil shadow monster. That moment when Schnapp as Will screams and struggles – my poor heart. Then all the emotional stories they tell him? Like, seriously! Will is so precious and it’s unfair that he has been going through season after season. That being said, Will also proves us how freaking amazing he is by tapping out the message on how to beat the monster in morse code.

To top that, Eleven shows up! Mike seeing her is another emotional moment that breaks your already broken heart into even more pieces. And just like that, The Mind Flayer episode becomes one epic journey from tension to emotions.

Alright, I’m trying to keep this a little more compact since I want to gush more in the actual season 3 review. So, here we go. I liked this episode a lot because very many plot lines were created. Not only did the kids realise the danger was back but another very amazing team formed here.

But first, as does the episode title say, there is a sauna test – which is fantastic. We get to see the kids think of a great plan how to trap Billy and we witness Eleven’s powers. It also gets pretty heavy and Dacre Montgomery kills it! He did such a great job this season in general as Billy but that sauna scene, damn boy.

You can’t spell America without Erica.

This episode also features Joyce and Jim having fun solving a mystery. I’m saying fun because their pickering is hilarious. Nancy and Jonathan hit a wall, which makes sense but also, how depressing it is that Nancy’s situation is not much different from how things still are. Yet, I did get Jonathan’s point of view too.

Highlight of the episode/season? was Scoops Troop! Not only did Steve and Dustin steal even more hearts this season, they recruited Robin and Erica. It was perfection. If I had to pick one story line from this season as the standout, I’m sorry, but those four breaking into the Russian lab, wins! And this episode sets it all up so amazingly, with lots of laughs and panicked screams.

Anyway, as far as episodes go, The Sauna Test simply provides us all the great set ups for the finale. Most of the gangs form and we get a glimpse of the Mind Flayer with all those people. Plus, Montgomery gets to shine.

Hour and seventeen minutes of pure adrenaline falling into heavy emotions. This season finale, only one in my list by the way, is a perfect example how a good balance of genres can break you. I’d say the episode is broken down into two, horror/thriller and then melodrama.

First we have the epic battle sequence in the mall, which features great CGI and some heart stopping moments. We also have the characters just being all over the place at all times, yet it never feels unnatural or forced. Characters are taken from point A to B and back and it just all fits together well.

Steve delivers one of my favourite lines in this episode as well, which for me will go down in Stranger Things history. Gaten Matarazzo as Dustin gets to shine… and sing! It felt so weird for a second but as the song continued, I couldn’t imagine the episode without it. It worked, in a strange way. Jim’s face, Steve’s face. It was perfect. There’s also tons of great moments for Joyce and Jim at the Russian lab. Also, Billy and Eleven moment!? Damn it, I’m not crying, you’re crying.

Finally, skipping a bunch (you know!) for the actual season review, let’s talk about that ending. In a way, it’s ironic that after the only season when Joyce’s house doesn’t get demolished, she moves away. Which is both sad and somehow, makes sense, right? She has lost so much in these three years and Will’s been through hell – it just feels utterly depressing to see the gang split up this way. What will happen? How will they .. get back together. Is there a season 4? Yet, even if not (though they did add that after credit scene there), it somehow works as an end of an era too.

Things change, people move, friends become distant and life continues. But that being said, this didn’t feel like an end of a show, it felt like a long break before something epic. Like, a bigger time jump is ahead, epic…

What do you think of my favourite episodes? Are any of these your favourites and do let me know, which episode I should definitely have on my list! 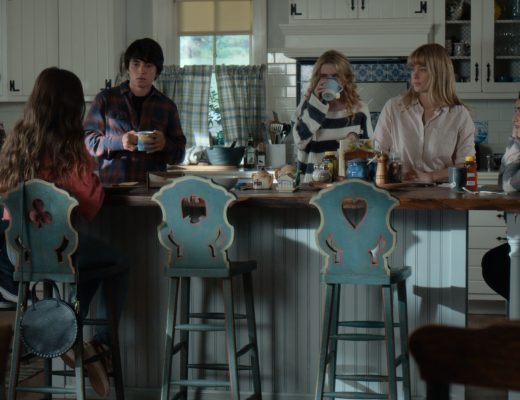