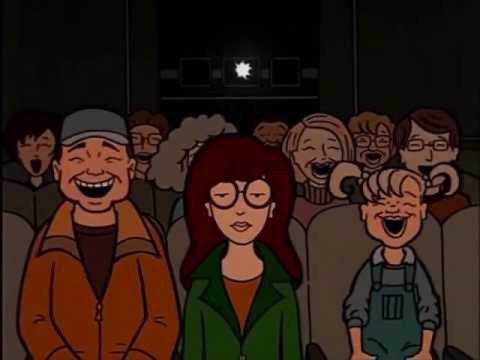 It’s that time of the month again. No, not that time but the time where I list 10 things that really annoy me, just like I did in February. This time, since many of my readers are more tuned into the movie world, I’ll be sharing my annoyance towards, surprise surprise, movie related things.

This is sort of becoming a series but I’m not sure how many more things I can dislike. Or.. never mind, this is a series.

The topic of weight and body mass is the number one thing that seems to be asked from movie stars. Photoshop, plastic surgery, Botox, cleanses, diets and workout routine, I feel like I’ve heard this from every single woman in show business and it doesn’t seem to stop. Now that the trend is changing and the real sized women are becoming more and more acceptable, the media is yet again pushing us the body-image discussion. It’s not like these women have anything else to talk about than their damn dress size or what they had for breakfast.

Shcmidt on New Girl said it seasons ago but it’s still relevant to this day – sequels are everywhere these days! Dumb and Dumber came back for round two, animations are following by making sequels with minor characters (Penguins) and don’t even get me started on the fact that trilogies are following the logic of four movies instead of three. Does that count as a sequel annoyance? I don’t care, stop making so many sequels!

The other factor that makes me a bit furious is the trend of taking old classics and revamping them into something completely different or a weaker version of the original. Why can’t people create original stories and new characters without recreating the ones already out there? Same goes for the superhero franchises making everything like a dozen times over before they finally move on.. Spiderman’s origin story is lodged into my brain forever but I don’t know anything about what happens to Spidey like 2 years after that.

These topics are big in the media and people love to drag movies into the mix by trashing creative ideas for being too white, too male-oriented, too offensive or too abusive towards women AND men. Everything seems to be either racist or against feminism – we get it, these are important issues but do we have to make everything about the skin color or the thing between the legs? I feel like me not liking Eddie Murphy is somehow racist, I feel like the fact that I naturally gravitate towards white men is racist, I feel like me liking Rosamund Pike slicing Neil’s throat is me siding with the fact that it’s okay to hurt men. Stop making every opinion into an argument about racism or feminism, please.

The trend has settled a bit but I can still sense the usage of 3D in movies for no good reason, I mean, does the movie about dancing have to be three dimensional? Does it? NO! Especially when the movie sucks and the 3D effects are completely useless. I’m sure they try to make the movie better with it but it annoys me since they ask more money for something that, in 9 out of 10 cases, doesn’t improve with the usage of 3D. Also, some movies don’t even sound like something that need to have 3D and yet they have it anyway. For example, animated movies are fun to begin with, they are colorful and they have limitless availabilities of adventure – I just don’t see the need to have to wear 3D glasses on my regular glasses while watching animated movies.

Sometimes dick-jokes and physical pain can be funny, most of the time, it is childish and awful. It is no secret that I don’t like comedies nowadays, most of them I avoid and some I watch because I tend to love the actors in it (Rogen, Franco, Bateman, Banks etc). Those movies I usually like as well because of the people behind it but all the other offensive comedies I dislike with passion. For instance, why is Melissa McCarthy being degraded like this movie after movie? She is an adorable woman, she is better than the foul mouthed slob these comedies make her into. And people go to see these awful movies for laughs while there is no reason to even laugh at it for being awful.

This sort of applies to movies as well as TV shows because there are questionable choices made in both worlds. Most of those choices are obviously female related because of course a woman has to wear heels and run around endlessly chasing a bad guy or something. The fact that high heels are somehow more appealing on a running woman just seems ridiculous and yet, the costume department regularily decides to put a female detective in heels. And don’t even get me started on the short shorts and mini minis, I’m sure the men enjoy it but when it comes to logic, it just ain’t cutting it most of the time.

4. “That poster looks like the poster for that movie”

Who decided on the fact that all superhero movie posters should look alike? Who thought of the fact that a hand on a horror movie poster represents evil and can manifest fear in people? Who figured out the rigth way to photoshop multiple stars on a poster by cropping heads together meant giving them all the right amount of spotlight? Is there a guidebook to poster creating one has to follow.. genre to genre, different aspects that HAVE to be on a poster? I just don’t understand…

I’ve discussed this before, sometimes over-exposure can really ruin a person to me. May it be an actor (though it’s less likely) or may it be an actress (usually the case because the media loves to discuss women), the media can really make someone annoying really quickly by giving us too much of them in a short period of time. It happened to Hathaway, Lawrence, Woodley and so many others. It also might happen to actors, though very rarely, because somehow Benedict Cumberbatch has never become tiresome even though he seems to be everywhere.

2. “Let’s reveal all the best jokes in the trailer”

For a long period of time I didn’t watch trailers at all. I didn’t watch trailers for comedies, for thrillers, for dramas – I was completely unaware of what the movie was like visually before sitting down in the cinema. The reason I did this was because the trailers tend to be badly made, especially in regards to comedies. As time has passed, I have started to watch trailers again BUT still skip the ones for comedies I’m excited about. Reason: they always put the best jokes into the trailer to sell more tickets and some jokes just carry enough power to make me laugh just once.

1. Stupid movies get shit-loads of money

The thing is, I’m all for expressing oneself but there’s always that thin line between expression and stupidity that I don’t want to see being crossed. Some movies manage to do it with ease, they are so idiotic that you just want to bang your head against a wall. Fifty Shades of Grey and Transformers are just two of many movies that make the cut for being stupid but they also happened to make a lot of money! That’s what bothers me about the movie world, the fact that awful things earn a lot of our money.. even though they are not worth it. I’d ask my money back, if it was possible, for stupid movies I see in cinemas, which would be fair to the movies that actually deserve my money.