The fact that I knew about Moon years ago, and the fact that I watched it just recently, makes me a little mad because I could have been loving it for the past seven years! Instead, I lived in a Moon absent world for seven years, without ever realizing what I was missing out on.

In case you’re in a similar situation that I was in a week ago, you haven’t seen Moon yet, don’t bother watching the trailer! I promise, it’s a much more enjoyable journey without knowing those little things the trailer reveals. I was lucky myself, I watched the trailer after I already saw the movie, and I’m 100% certain, I would have been a little less enthusiastic watching the movie after seeing the trailer. Trust me, it will be a better experience!

From this point on, there will be spoilers.

The first thing that appealed to me was the simplicity of the movie. A movie that takes place in a limited space is always a little more special, and a movie that has literally just two characters (both portrayed by the amazing Sam Rockwell), is even more unique in its essence. And to create such a meaningful story with so few elements is definitely a rare occurrence, especially in the sci-fi world.

At the end of his three year contract, harvesting helium from the surface of the moon, Sam Bell starts to see hallucinations which lead him to have an accident. After waking up, his trustworthy computer program Gerthy (voiced by Kevin Spacey), forbids him to go outside. Yet, curiosity gets the better of him, and Sam tricks Gerthy to let him out, which means finding another Sam Bell in the scene of the accident. At that point I was freaked out because I had no idea about the clone-situation, having not seen the trailer (which sadly reveals that fact), and I was indefinitely in love with the movie.

As the facts of the contract become more and more evident, Sam Bell discovers that he himself is a clone, the other Sam Bell is also a clone, and there are hundreds, if not thousands, of clones on the moon to take over the job after the three years is over. The downside, the clones have feelings, memories and emotions of the real Sam Bell, making them more human than clones. But all of this would mean a lot less if it weren’t for the talented Sam Rockwell!

As a seemingly underrated actor, Sam Rockwell takes on two roles that are completely different, while being exactly the same. The subtle differences between the first year clone and the third year clone are there, and it’s the playfulness of his roles that makes Rockwell shine from scene to scene. Seeing him so prominently on screen, and sometimes seeing double of him, makes me want to see more Rockwell, more of him everywhere and all the time!

As the twists and turns came to an end in Moon, I was left satisfied and thrilled about this little sci-fi movie. With simplicity being definitely its biggest victory next to Rockwell, it’s no surprise that Moon is going to be probably my favorite of 2016. Or better yet, it will most likely be among my all time favorites. 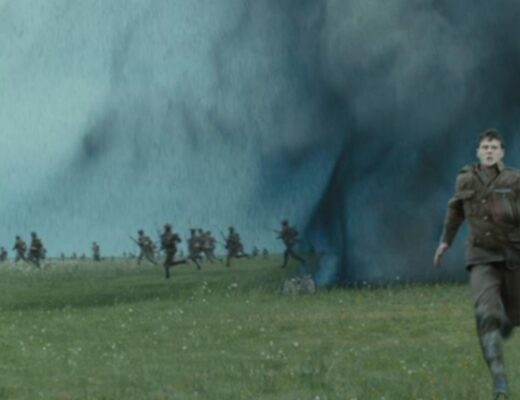