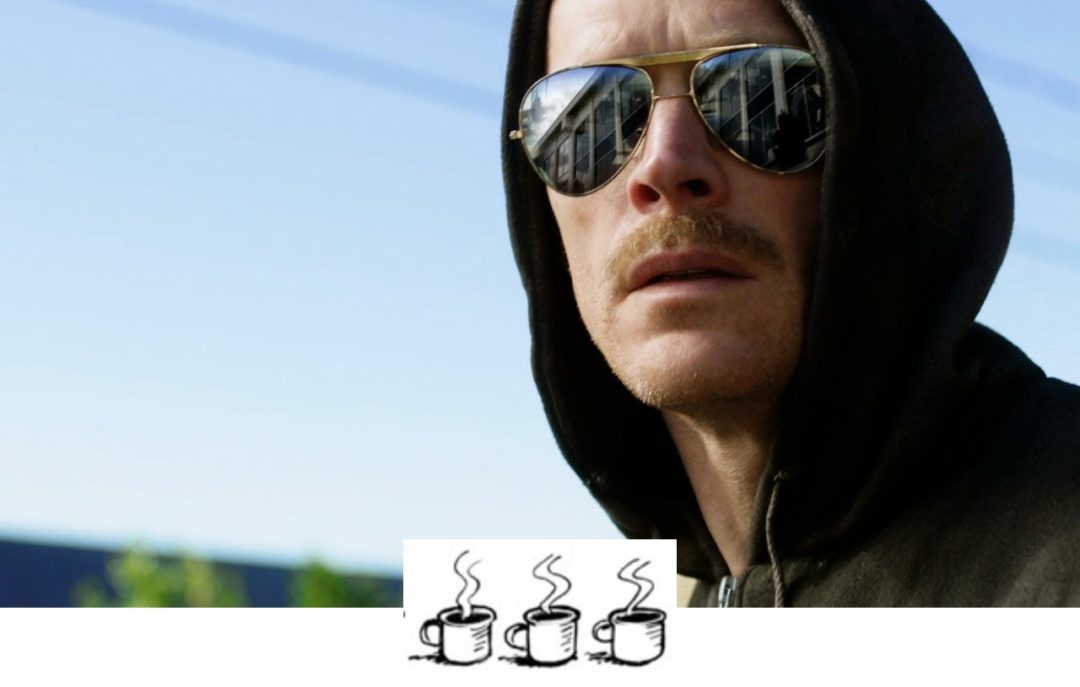 Those, who have wondered over to this part of the Internet, and have stumbled onto my review should know that I have a fascination towards serial killers. Shows such as Criminal Minds, CSI and Mindhunter are exactly the kind of shows that feed my curiosity, Zodiac and Se7en being among my favourite films. But none of those have achieved quite that level of emotional confusion which Manhunt: Unabomber managed to deliver.

This review sort of contains spoilers.

Based on real events, Manhunt: Unabomber takes on the case of a serial-bomber in the United States during the 90’s. The suspect in the case has not been identified, and the FBI brings in a newly appointed profiler to build a solid profile of the Unabomber. So one of the main plot lines of the series is Jim Fitzgerald’s (Sam Worthington) and his approach towards the case, which is forensic linguistics – barely known field during that time. While the character of Fitzgerald is somewhat distant and cold, I have a feeling it’s probably more due to the fact that Worthington’s performance is so dull. There is just barely anything there, even though the premise of his character sounds interesting and pretty appealing on paper. He has trouble in his personal life, which isn’t surprising considering he is very emotionless with his family. Even his moments of deep thought come off as boring, with no emotion behind them, and that’s actually pretty sad to witness considering the other main character of the series – Ted Kaczynski.

Kaczynski is portrayed by Paul Bettany, and this underrated British actor steals every single scene he is in! He looks the part, he feels the part, he is so in character throughout the miniseries, that by the end of the last episode I literally cried because I felt for him! I understand completely the fact that this man did horrible things, and he killed people, took innocent lives, and he belongs in prison! I get that, I’m not arguing against that but all I’m saying is that Kaczynski’s ideas and Bettany’s portrayal of him added so much depth to this man, that I felt sorry for him. There is a disjointed episode in Manhunt: Unabomber that rips us away from the current plot, and into the past of the Unabomber, showing his  life from childhood to adulthood. We also get to see Unabomber in hiding, living in a secluded cabin, away from technology, interacting with only a few people and we sort of get to see this other side of him.  This possibly good side of him. And Bettany’s way of portraying that broken man, with such strong beliefs, is so on point, that accompanied with all these facts about him, I couldn’t help to feel a little sad about his life sentence in an isolated cell.

That feeling also made me feel a little uncomfortable but I think that’s what Manhunt: Unabomber was aiming for – that one man can do bad things for all the right reasons. Does that sound weird? Probably a little, but I would say it also makes us human to see the good in others, even if there’s a lot of bad there as well. Yes, it’s hard to feel compassion towards men, who do bad things, for most I don’t feel any, but I think the fact that this particular bad guy was portrayed in such a sympathetic way, and that Bettany was giving us his best performance, confused the lines between good and evil. A bad man was given so much depth and emotion, and the good guy was just a dull prop that was hard to root for, so I think the emotional impact that Manhunt: Unabomber delivered, was distorted from reality. Does this make the show bad? Not necessarily, but it fascinates me even more to think about how and why these acts of violence come to mind.

Kaczynski has a very high IQ, and he was studying and working towards a very successful career in higher education, but his social skills were not “normal”. And due to this, he was used in experiments that ruined his mind, and if dare to say so, broke him. But does that mean that the things that are done to us, which ultimately affect our future, and drive our actions, are the reason behind our evil or are we born evil? That was what I was wondering while I was watching the last episode and I still wonder about that, because I think both are right, but I’m not really sure which one applies to Ted Kaczynski.

Ultimately, Manhunt: Unabomber is a little weak and doesn’t deliver in all fronts, but Paul Bettany’s work here is worth to watch. He really worked hard on this character and it shows, since it’s so easy to feel compassion towards him during those last episodes. I do wish that the show had cast someone instead of Worthington because I feel like it could have worked so much better. Though, I do think the problem with him and his character stems from the script. They spent a lot of time creating Kaczynski, but spent less on Fitzgerald, leaving him in this gray area of dull men in suits. In other words, Manhunt: Unabomber has its strengths, but it also has weaknesses that I can’t really look past.

By the way, I kept wanting to write Manhunter instead of Manhunt, because of Mindhunter! These two shows have so similar names that it’s actually funny!