Making a Case for Mockingjay

A year has gone by in a blink of an eye, and The Hunger Games franchise will soon release its newest edition, Mockingjay Part 1. I remember it like yesterday, the first time I saw Catching Fire and the feeling of content that followed me after I walked out of the cinema. That feeling stayed with me until I watched it for the second time, just as mesmerized, just as happy about it as I was with the first viewing. Now, as life has progressed and fame, media and some questionable acts have done their part, I’m making my case of support for Mockingjay.

This is the first time I’m writing a post of this kind.. and I hardly know what I’m trying to achieve by posting this but I guess I’m looking for understanding. For that silent agreement, that, yes, it’s alright to love a franchise despite all the loud and outrageous things that have and will most likely continue to happen around it. So, before I even begin, I just want to state that I think it’s not the movie’s fault that its IT GIRL isn’t everybody’s favorite…

I can say this because I’m one of those people who has started to dislike Jennifer Lawrence ever since she exploded into fame. I get it, I still think she’s a capable actress but I say this about Lindsay Lohan’s early years as well so, you can make your own assumptions. But the most important fact is, that I will most likely love Mockingjay despite Lawrence because it has so much more to offer than all the glitter and showbiz that is surrounding Lawrence from tabloid gossip to magazine cover.

We have, like I subtly have already shown, Elizabeth Banks! Her part in the previous movies hasn’t given her many scenes but man, can that woman steal the spotlight when it’s her time to speak, enter the room or just be in the background. True, her grand costumes and unique make-up gave her the edge she needed, but Banks is just as cool on her own.

Then there is a man who has done movies from one genre to another, who has been apart of a special TV moment and who I can never dislike – Woody Harrelson. We have him portraying a questionable character because we all know Haymitch isn’t the most stable or the most sober man in the room, and yet I love him! Only Harrelson could play him and only he can make me like a character that much more compared to the books.

And just as life would have it, The Hunger Game franchise has another man with similar Woody affect on me – Stanely fucking Tucci! Is there a character this man can’t make memorable because I can’t think of any. He seems to be everywhere and yet, there’s never enough of him. Tucci is always the man who fills in the caps, who provides comic relief and has just the right amount of flare! I would be a happy bunny if there was a movie just with him, really really happy!

While I have had no doubts about any of these guys, I did question the choice of Jena Malone as Johanna Mason but luckily, she proved me wrong. Her most memorable moment in the franchise, so far, is definitely the elevator scene which is actually quite ironic considering the things that have been happening in real life but I won’t get into that. Malone will be back and since she will be most likely sharing the screen with Josh Hutcherson and Donald Sutherland, I’m excited! By the way, both of these men are also good in my book.. Hutcherson mostly because he owns his height oh so well and hasn’t let the fame get to him.

Now, though it saddens me still, I can’t go without mentioning Philip Seymour Hoffman. His part in The Hunger Games might be surprising, considering his body of work, but I appreciate the fact that this particular franchise has managed to add sophisticated actors into the mix. It ain’t no Harry Potter but Hoffman’s presence sure does make it feel more profound in a way. Especially now, as we are slowly approaching the time where there won’t be anymore post-production projects in his filmography…

Up until now, I have only focused on actors but there’s a lot that is going on behind the camera that is definitely worth some praise as well. The first movie, though I like it, was pretty much smashed by Catching Fire and not just because it, in my opinion, had a more vibrant plot – it had Francis Lawrence in the driver’s seat. A director obviously is there to give direction and I think Catching Fire’s success was hugely thanks to his skill of story telling.. if only we could go back in time and see what he would have done with The Hunger Games.

There is also the feeling of satisfaction towards the fact that the cinematographer Jo Willems is sticking with Francis and they will make beautiful images happen on screen yet again! I like when directors stick with people who they’ve worked with, to me it means that these two men work well together, understand each other and want to make amazing scenes happen. What’s not to like about that?

All of these reasons are based on experience, based on the previous movie(s) but there is the anticipation of the new adventure and new characters that keeps me on my nerves as well. Granted, Catching Fire was my favorite among the books but Mockingjay did start off rather good so I’m assuming, Part 1 is going to be as strong as the second book adaption. Indeed, there are some things that I personally might not enjoy but hey, it’s still better than glitter vampires and constantly shirtless wolf-boy!

To wrap things up, I rest my case. Say what you want, feel what you feel, think what you think, but I’m pretty certain that I’ll pay good money to see The Hunger Games: Mockingjay Part 1 on the big screen. Considering its big production value, there’s bound to be some big scenes and as the war between the Capitol and the districts is the vocal point in the final book, there won’t be any shortage of action as well. And in some cases, that’s actually enough.. plus, I mean, I’m still quite mildly rooting for Peeta!

Will you be watching Mockingjay Part 1 when it hits the cinema on the 21st of November or has the past year killed your hunger for The Hunger Games? 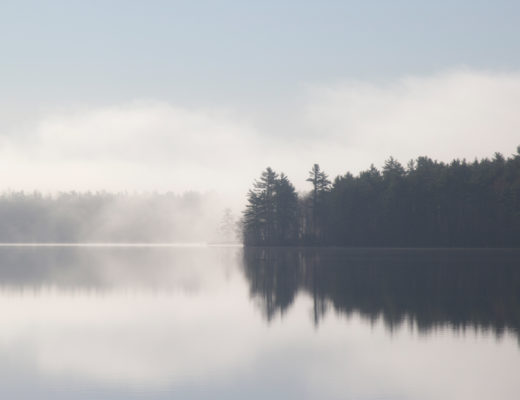