I’ve always felt like such an outsider in this industry. Because I’m so insane.. 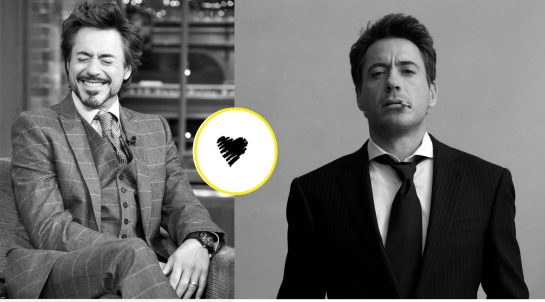 I still remember when I first realized who Robert Downey Jr. was. I was watching Ally McBeal and I recall loving his character so much that it hurt, maybe even too much for a kid. Then he kind of disappeared for me but not for long, Robert’s career is now on a fast track and gaining massive speed with him literally embracing Tony Stark as himself. Iron Man might not be everybody’s cup of movie but he has had some other great roles over the years that I’ve adored. Shameful for me is the fact that I haven’t seen  many of his earlier roles but those are all somewhere in my watching list.

I can’t decide weather I love him more in Zodiac or Wonder Boys but it doesn’t really matter.

The Avengers, Sherlock Holmes, Iron Man franchise, (Due Date but just a little)

Robert Downey Jr. is Tony Stark, Tony Stark is Robert Downey Jr. – and he has managed to make an impression on me with his portrayal of a comic book hero. Somehow his hero is the best among the rest which is why he was a stand out in The Avengers next to Tom Hiddleston aka Loki.

Haven’t seen yet (shame on me):

Now, I’ve seen Fur, I think. I guess I’ve seen glimpses of it while my mom watched it so I know a little bit but I’m still not gonna count it as “seen” because that won’t be fair to Robert.

Iron Man 3, The Avengers 2, The Judge

The Judge has an interesting cast and it would be great to see Robert in a drama again but the director, David Dobkin, has so far done many comedies… which makes me a bit hesitant.

Last but not least, can we just appreciate everything about this clip. I’ve seen this going around Tumblr in many forms but I thought the entire video is worth the time. It’s only a minute and a half but there’s so much awesome there. Plus, I like the fact that he can be smug, I mean, he is in a way, but it never comes across offensive or annoying but simply cool. Robert Downey Jr. is cool y’all!