I had this plan where I was going to review movies this weekend and instead I binged the first season of Locke & Key. Then, as luck would have it, I ended up disliking Locke & Key a lot because it frustrated me. Here are my quick thoughts on this supernatural show that should have been epic and instead… it was a complete disappointment.

The story follows a family of four moving into a new town and into the Locke house. The house belonged to Randall Locke (Bill Heck) who was killed and now his widow and three kids inherit this strange mansion. Then the youngest kid starts to find these supernatural keys that do all kinds of crazy things. But of course there is an evil entity that wants the keys for herself – the battle between good and evil begins.

We have three main characters, teenagers Tyler (Connor Jessup) and Kinsey (Emilia Jones), and their younger brother Bode (Jackson Robert Scott – the kid from IT!). All of them are trying to cope with their father’s loss but not really because the script is shallow. Anyway, out of the three I think I liked Bode the most because he seemed the least clueless in all of this. The teenagers who should be the intelligent ones did a lot of stupid things and made bad decisions.

Then there are a lot of supporting characters and none are well developed. The mom Nina (Darby Stanchfield) is an alcoholic who doesn’t get what’s going on. In the beginning they try to give her an investigative storyline that literally goes nowhere! Then there’s uncle Duncan (Aaron Ashmore) who just flips off the house,  teaches Bode a funny gesture (that is also not utilised to its best potential) and leaves. He is gay which makes his lack of presence irritating. 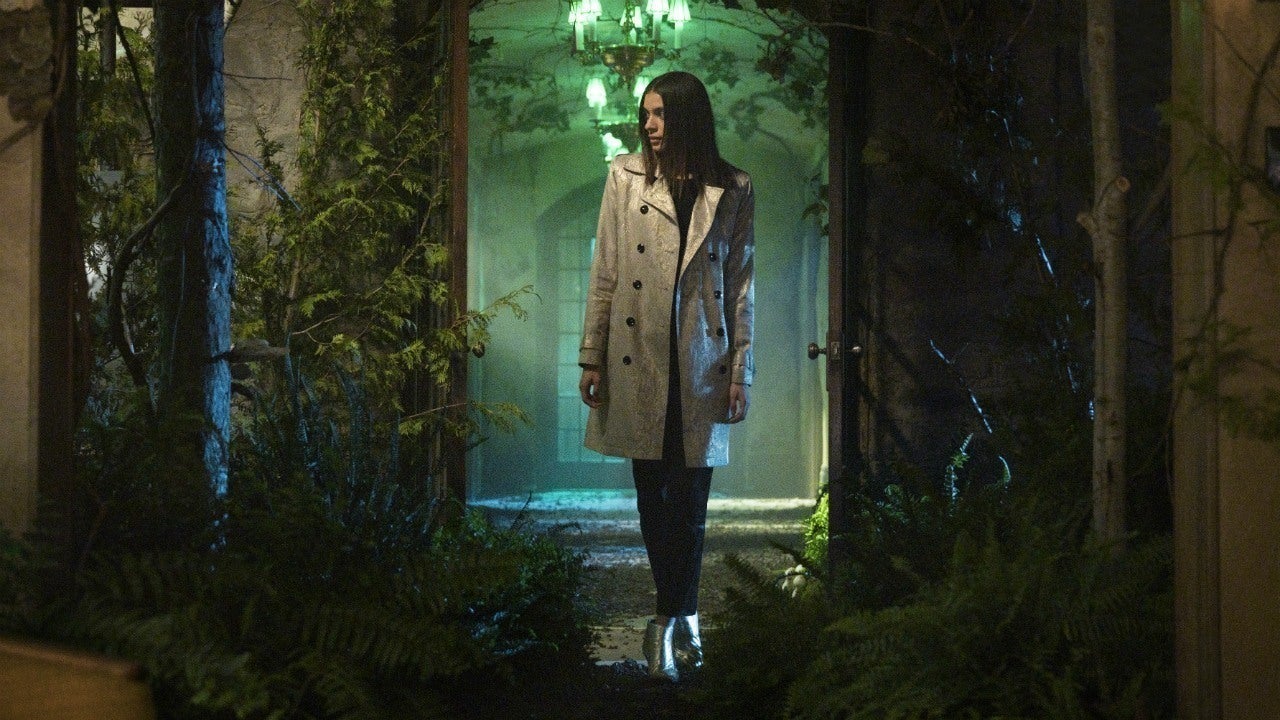 Other teenagers in school have some stuff to do but none really shine. Bode apparently has no school friends and gets to hang out with Rufus (Coby Bird) who has an unnamed mental disability. The actor himself is autistic so I applaud his role but his storyline was boring. Basically I didn’t want to root for anyone! Frankly, the most compelling characters were the villains.

The following is a spoiler, highlight to read: the fact that by the end one of the teenagers, Gabe, was a villain made me happy! That was literally the only good thing about the finale which was otherwise underwhelming. The guy who plays Gabe is Griffin Gluck and he was also the best part of Tall Girl. He has this sinister smile that just works so well!

As for the villain, Dodge (Laysa De Olive), she looked really cool and she had the most interesting storyline. Partly because she was this mysterious being that hunted for the keys.

Alright, as I’ve said the script was shallow and the characters where underdeveloped. Has Locke & Key got any good, redeeming properties? Well, sort of. It does look visually cool at times even though the CGI stuff was inconsistent. The mirror effect was awesome, the human-keys were cool, the mental doors and places. But there was a lot of supernatural stuff to handle and I think a lot of the budget went for the monsters in the second half of the season.

While the script didn’t appeal to me, I liked the idea and concept of the show. But the credit goes to the authors of the graphic novel: written by Joe Hill (Stephen King’s son) and illustrated by Gabriel Rodríguez. They were part of the show too so I have  no idea what happened there. As I’ve heard the graphic novel is a lot grittier and has gore, something the show lacks. I wish it wasn’t so PG, honestly, it’s like a Hallmark show with more money…

As much as I want to criticise the acting, I think I really can’t because the script didn’t help anyone. But I want do want to shoutout Jessup because I liked him in Falling Skies and he’s a gem! Jones, who is British and did an American accent, was less impressive and it felt like she was trying not to drop the accent. Still, impressive for somebody who is not yet 18. Bode was not well directed here, I think he was amazing in It and yet here he could have done so much better.

Locke & Key is a shallow show. It has an interesting premise but the show doesn’t know what it’s supposed to be. It’s not thrilling, it’s not scary and it’s eventually not even fun. Characters make bad decisions because the script is driving them towards “thrilling moments” that just make the whole ordeal frustrating. Locke & Key fails spectacularly at almost everything, especially when you compare it to Stranger Things.

Will I tune in for season 2 if it’s announced? Maybe. Just to see how the villains play out because I had the most fun with them. After finishing the first season I did research about the graphic novel and it seems this is not a good adaptation. It should have been a lot creepier so if they do get season 2, they better dial up the horror!

PS: Since signing a contract with Netflix means you’re there forever, please let’s give Jessup a LGBTQ+ show! I feel like with all the shows, that’s where Netflix still needs up its game. Sex Education is not enough for me!