Haven’t done one of these posts in a while, mostly due to my own laziness but also because I have been struggling with finding awesome things to read. Not that people don’t write them, it’s because I try to avoid reviews of movies I want to see and I’m quite behind on the cinema front so hence my lack of links these past weeks. Today I thought that since so many of you have given me a shout out I feel like you deserve one as well. Couple of trailers have also caught my eye although I also keep away from most of them due to the inability to create trailers without all the punch lines in them.

Bojour Tristesse celebrated its two year anniversary this week and I feel bad that I haven’t talked about her enough – she writes about foreign movies which are foreign to me but I still read her blog and take notes on what I should watch when I finally get over my weird laziness towards subtitles.

Somebody recommend The Movie Waffler some great new releases cause his latest ones have all been rated under 5/10 and Anna Karenina got 1/10 – I’m a bit worried now! Seriously, poor guy has had some disappointing cinema visits these couple of weeks.

Ryan from The Matinee went to TIFF (Toronto International Film Festival) and among many he saw Cloud Atlas – one of the most anticipated this year was one of the best he saw in the festival. Yay!

Everybody is breaking out the movies they have missed over the years (like I’ve been doing every Monday), in other words their list of shame, and Love&Squalor is no different with her first Les Essentials feature movie Black Narcissus.

New site found of this week was Geek Tyrant and I was especially interested in their article about movies shot in chronological order – makes me want to see some of the movies with a fresh new eyes after my newly found knowledge.

For various reasons these movie trailers stood out from the ones I watched. Pusher for the fact that it is said to be among Nicolas Winding Refn’s Pusher series (I doubt it will be though). Zero Dark Thirty because it is directed by the Oscar winner Kathryn Bigelow who’s win I still consider as a political statement – will see if she changes my mind with another war movie. 42 because I’m a sucker for sports movies and especially when they are based on real life and involve matters of racism. Promised Land because it is directed by Gus Van Sant, man behind Good Will Hunting which is probably one of my all time favorites.

And finally I want to give a praise to three movie bloggers that I have enjoyed a lot these past few weeks. They are different, they are all ladies which wasn’t a choice influenced by feminism but just happened to end up that way, and bloggers who have strong opinions and views. Yes, sometimes they might clash with mine but I think it is interesting to read how the other side feels about the same things. So enough chit chat, three honorary linked members this week are Cinematic Paradox with her young yet very sophisticated outlook on movies, Film Flare with not only informative reviews but amazing visuals (I’m very jealous, honestly!) and Cinematic Corner with her honest and maybe sometimes brutal yet still enjoyable take on things. Thank you all for writing about our passion! 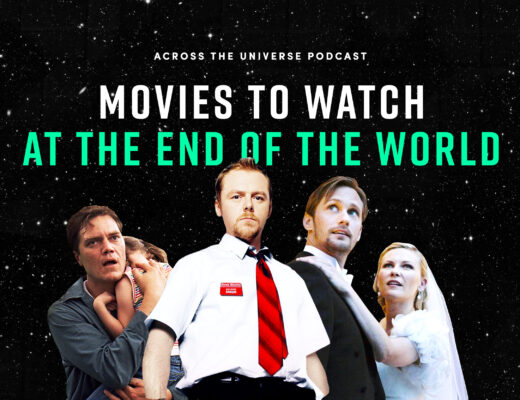 Across the Universe Podcast: Episode 80