Academy Awards are a day away and I have finally seen all 9 Best Picture nominations! To be honest I made this small promise to myself last year because I had never seen all the movies, sometimes even hardly any of the nominations, so I’m super excited that I made it! Though Lincoln marks the final film of my list, it isn’t going to end up in the bottom of the top 9 I’ll compose for tomorrow morning but it won’t shake up my Top 3 either. So instead, Lincoln ends up somewhere in the middle, not because it’s another historical Spielberg movie but for reasons I’ll explain later.

My last Spielberg experience wasn’t necessarily the best one, I mean, it was War Horse and I was not happy about it! Far from happy, and thinking back to its impact which resulted in 6 Oscar nominations, I’m still a bit shocked. My best guess is, Spielberg has a knack for pushing hard on that true American hero/patriot button and Lincoln is not far from creating that same effect. What made Lincoln much better than War Horse was the fact that it wasn’t about a horse and that the supporting cast was as strong as Daniel Day-Lewis. Though, I detected a strong similarity with War Horse and it was the flow of the story. Man, I’m getting a bit frustrated with the movies that go over the two hour mark because so many of them tend to exhaust me. Some, like Django Unchained, entertain me throughout the movie, yet, there are the ones like Les Misérables and Lincoln that just make me tired. I know it shouldn’t be a thing to criticize over, especially with this kind of conviction, but it seems to be an element that matters to me a lot. Even if everything looks historically amazing and visually stunning, I’m an impatient person when it comes to the length of the movie.

Even though I wasn’t really invested seeing another 2,5 hour movie, a historical one at that, I still enjoyed bits and pieces of Lincoln here and there. The reason why it didn’t get a higher score was its elements of entertainment, which for me, were lacking throughout the most parts of the movie. It was of course nice to see Joseph Gordon-Levitt and Lee Pace but the excitement didn’t really last long. Looking back, Daniel Day-Lewis and Tommy Lee Jones were the two stand outs for me, mostly because they had a lot of screen time, but also because the two veterans are amazing actors. Sally Fields, even though I loved her in Brothers & Sisters, wasn’t as strong – I’m hereby agreeing with the criticism that has been going around. Though, what bothered me even more, was that she didn’t feel totally right for the role in the first place. I did some digging (read: went to Wikipedia) and found out that Lincoln was 9 years older than his wife, Fields is 11 years older than Day-Lewis, more importantly, she looked older. I know in Hollywood age is certainly just a number but in this case, her age was certainly something that made her character weaker. Originally, she was supposed to be a woman in her early to late forties suffering from migraines – but Sally Fields just looked like in her late 50 suffering menopause.

What all that ramble means, is that while Lincoln’s character looked like it hit the mark with Daniel Day-Lewis, Mary Todd Lincoln could have looked the part a bit more. Still, Fields got an Oscar nomination, was she worthy, well, not as much as Tommy Lee Jones as a supporting actor. But 12 is a nice number, considering Abraham Lincoln was born on the 12th of February – the movie has now a certain symbolism with its 12 Oscar nominations. Here’s a fun fact, Abraham Lincoln was born on the same day as me! Which is also the same day Charles Darwin was born. But that is not what the movie is about (sadly, my birthday and existence is not Hollywood worthy), plot in Lincoln revolves around to core stories, one being the Civil War and the other regarding slavery. In the end, I thought the movie would have maybe had a better impact on focusing on just that one story more strongly but I guess then it wouldn’t have been over 2 hours long  – the big directors do love their long movies. I personally was more interested in the issue of slavery, especially since Tommy Lee Jones had a lot of screen time with that plot. His character’s ending was probably a highlight for me, regarding the plot, it was just a nice and entertaining moment with its subtle irony.

In terms of entertainment, Lincoln was not my cup of tea, but one thing that also stood out was the actual end. I was quite pleased that they went with a version where you don’t really see Lincoln being shot – I thought it had a better impact. Plus, the whole shooting incident is way too familiar and there’s no need to show it again. But for me, the actual end was when Lincoln heard the bells. A scene that had a very powerful visual with Lincoln standing in the middle of the room, looking almost rugged and yet, strong. Day-Lewis certainly looked the part, Oscar worthy? Well, I’ll discuss more about it tomorrow because I’m planning a Top 9 post which will list the Best Picture nominations – my version of joining the Oscar predictions. But in terms of giving a strong performance, I mean, did anyone have any doubts that Day-Lewis could not handle it? I mean, the man has talent, we all know he does, especially with accents, so I’m hardly calling it a surprise that a veteran actor gets a nomination for a role of Lincoln. Especially considering the fact that Lincoln is historically a very important figure, so technically, not giving an Oscar to Day-Lewis is like not giving an Oscar to Abraham Lincoln – who according to Hollywood, also killed vampires with an axe – so of course the Academy Awards is like: “let’s give Abraham an Oscar!” 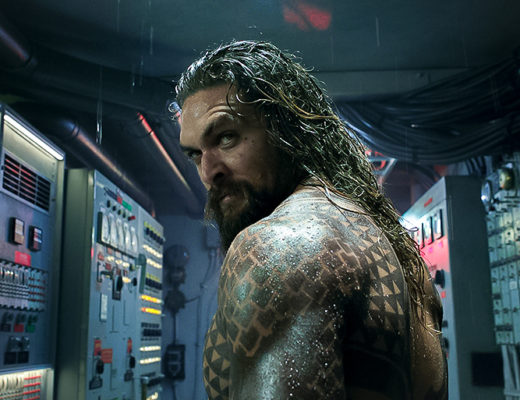