Well, well, well. It was an important day for television yesterday, when the Emmy awards were given out to the best of the best. I did not watch the Emmy award show itself but I did read through the list of winners, and spent way too long staring at those daring red carpet looks. So I figured I’d talk a little about it and share some of my thoughts about this year’s Emmy awards. 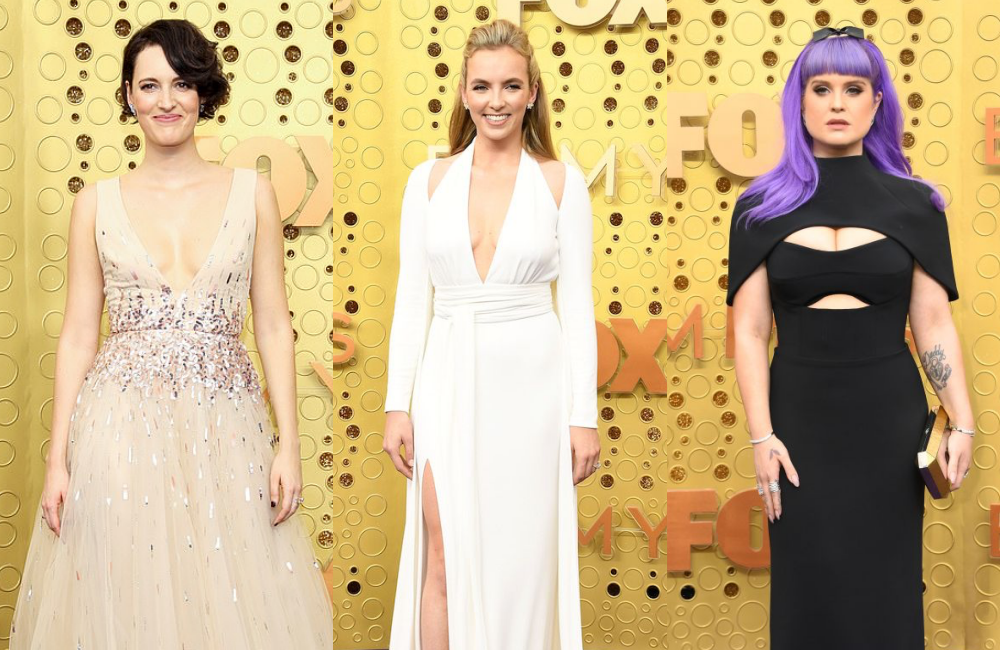 Three of my favourite looks were all a little different but still classy. Phoebe Waller-Bridge looked like a faerie and I’m all about that sparkly waist moment! Jodie Comer looked so sleek and even though there is quite a lot of skin peeking through, she looked glamourous. I would have maybe done something different with the hair. Since the dress has so sharp lines, the messy hair doesn’t compliment the look. Finally, I have to hand it to Kelly Osborne for delivering the goods in that black skintight dress. But you know I’m mostly adding her into the list because THE HAIR! I want that hair (minus the bangs), and I want it now! 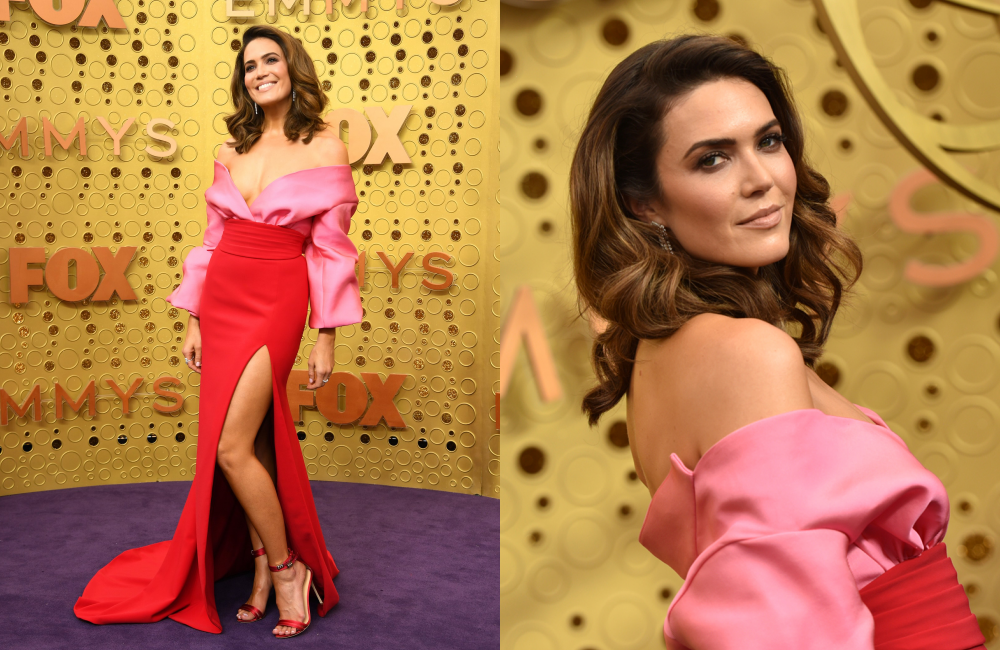 Now, I’m a bit confused about Mandy Moore‘s dress. On one hand, she looks AMAZING! I like the colour blocking, I love the sleeves, like I really like the sleeves. But on the other hand, she is showing a lot of cleavage! When I look at the photos, I feel like the smallest breeze could give us a very risky view.

FLEABAG!! I feel like that might have not been enough, wait. FLEAAAAABAAAAG!!!! Am I excited? YES! Phoebe Waller-Bridge not only won for Best Comedy but also stole the Outstanding Lead Actress in a Comedy Series in a Comedy Show award from Julia Louis-Dreyfus. Now, I might be biased because I still have not watched Veep (don’t hate me!) but with both series entering with their final season, and Veep having picked up multiple awards in previous years, Fleabag deserved it!

I’m very indifferent about Game of Thrones winning the most awards last night, twelve all together, including Outstanding Drama Series. BUT even though GOT had three nominations in the Outstanding Directing for a Drama Series category, Jason Bateman for Ozark got the last laugh. Or more precisely, the last confusion, as he was completely shocked about his win.

Really happy for Chernobyl winning for Best Mini-Series and Writing. That last award was super deserved because the writing was so well balanced in my opinion. Slow-burn yet compelling, much like the movie Spotlight.

Didn’t care for the The Marvelous Mrs. Maisel awards at all. I didn’t get through season 2, it was just too slow for my taste. But of course I have to mention Bill Hader! Yay for  him winning Outstanding Lead Actor in a Comedy Series! I know this is strange as I still haven’t sat down and binged season 2 of Barry but I LOVED season 1. And what I’ve heard, season 2 is even better so I’m just waiting for that perfect moment.

I know this is short but hey, it’s better than sticking to only Thursday Movie Picks posts here. So you take what you can get! Anyway, I’m glad Phoebe Waller-Bridge is getting so much buzz from her wins! I’m a huge Fleabag fan and it’s a shame it’s only two seasons of pure talent, but hey, they went out on a high.

Also glad that the GOT era is over and now other shows can dominate the Emmys with getting all the awards. Or like, why not diversify things a little. Awards for everyone! Plus, the audience laughing at the Kardashians was a little funny. They have so much money, they can take a bit of a hit to their egos. They’re fine!

Finally, I’m hoping This Is Us will start winning more awards. I know it’s in a difficult category, drama is so diverse and there are some amazing contenders. But honestly, that show deserves some award-love! I should know, I’ve cried over it a lot!

PS: HERE is a backstage interview where Phoebe Waller-Bridge admits that a lot of Hot Priest was actually based on Andrew Scott. Let me just… now I’m imagining Andrew in a bedroom saying “kneel” to some lucky guy and hurting my ovaries while doing so. I will never hear that word and not think of him.

Last but not least, what are some of your favourite wins from this year’s Emmys? Did you have some snubs that disappointed you? What did you think of Mandy Moore’s risky dress? Leave the comments down below, I’m very curious as always.