A fair amount of time has passed since I saw Kong: Skull Island but considering the fact that I pretty much hated the movie, I figured I should get all that hate out of me before it festers and eats me up alive. It’s not healthy to keep bad thoughts inside for long, and therefore, my very late and not relevant review of this movie. Delivered to you from somebody who hardly remembers anything about the movie, yet wants to share her thoughts about it – it feels like the right thing to do.

First up, I have nothing against Jordan Vogt-Roberts, the director of Kong: Skull Island, and the man behind The Kings of Summer, one of my favourites from 2013. He does a great job here, meaning visually, the movie is stunning! It has a mixture of colour-schemes, he isn’t afraid to use cold tones and clash it next with warm tones. And there are some really stunning action scenes here and there, which just show that a movie can look beautiful no matter the ugliness it delivers otherwise.

So, what is the ugliness I’m talking about, well, it’s the script. And I hardly think it’s only the script but mostly the editing process, or maybe the combination of said two, that somehow just made me mad. It’s not bad but I have a personal beef with movies that fail to deliver an emotional impact. Clearly Kong: Skull Island tries to do that, it sets a few pieces here and there for that cut wrenching punch, but it never delivers. In other words, all the deaths in Skull Island feel empty, pointless, and lack the emotion behind it. Sure, it could be partly because the director didn’t capture the moment well enough but no, I think it’s the script, failing to set up each character well enough for us to care for them. It’s the editing that butchers that even further and doesn’t put the pieces together well enough for the viewer to feel the pain.

Case and point, the last time I cried heavily over a character’s death was during Guardians of the Galaxy Vol 2 – it was awful. The time before that, Logan. What both of those movies did was give that specific character enough time to make a connection with the viewer. Kong just kills off side characters, which is pointless and even if they were supportive roles, the movie could have given them a bit more background to make their death matter. This one dude literally sacrifices himself and I laughed! Not because I was being heartless but how pointless and useless his sacrifice was made – there was no repercussions after his death, it was pointless.

One of the elements I liked about the movie was the backstory of John C. Reilly’s character. They set his whole story up so nicely, and they gave him a lot to do, and his end scene was lovely. I would have been more interested in a movie about him ending up on that island, and discovering all these creatures and so on, than I was about Kong: Skull Island as a whole, and Vogt-Roberts agrees!

Director Jordan Vogt-Roberts had expressed interest in doing a film about Marlow and Gunpei’s time on the island, stating, “I keep joking that personally I’m more interested in doing a $30 million version of young John C. Reilly on the island. Just some weird, the odd-ball monster comedy with him and Gunpei.

But I guess we can’t have what we want, and they give us Tom Hiddleston and Brie Larson instead.  Two people with so little chemistry that it was like looking at a brother and sister making out. And I’m saying this in the nicest way possible, because while I dislike Hiddleston, I would like to give Larson the benefit of the doubt but she has so far been a disappointment. Granted, I have not seen Room yet, but I doubt romantic chemistry was the point of that movie either. Which brings me to the irony, I thought Larson had more chemistry with Kong than she did with Hiddleston – what a waste of an opportunity to make a serious action packed movie with a woman who fell in love with a big ass gorilla.

Anyway, as you can see, the hate is very focused on the aspect of characters and character development. The sad thing is that Kong was doing better acting than Hiddleston, and that’s a compliment to the CGI team, who did a brilliant job. But, since the movie tries and shoves us down a pathway of caring for humans, it fails to deliver. Plus, what the hell were they thinking making Samuel L. Jackson into the bad guy!? And why is Samuel L. Jackson in every possible movie? And why, for the love of god, do they keep making movies with the intent of setting up other movies?! Stop doing that, and focus on the movie you have in front of you. But no, everything is a franchise, and every franchise needs a movie that sets up the rest, and for being so obvious about it, I will hate Kong: Skull Island out of spite, and yes, I’m that childish and stubborn. 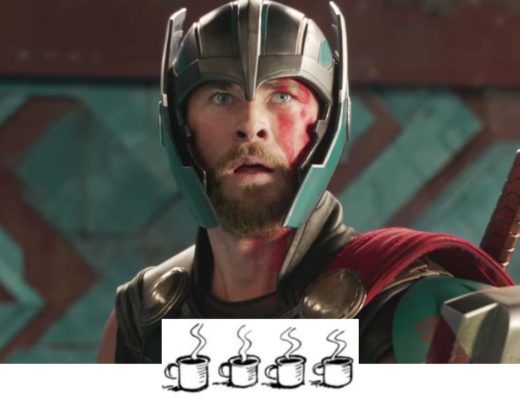