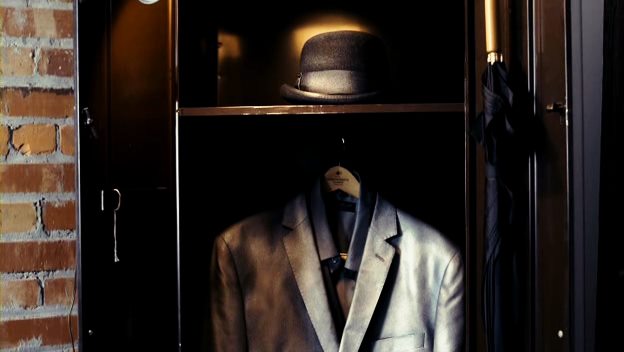 Alright, I’m cheating, I’m totally cheating because this isn’t really the intro but more like the opening scene but since I haven’t revisited this series in almost a year, I wanted to bring it back with something different! Though I did consider renaming it but that would just confuse things and well, there needs to be a system and an opening scene sort of constitutes as an intro as well. Either way, this is my blog and this is how I chose to show this meaningful yet completely simple scene, the opening scene to The Giant Mechanical Man.

For me, this scene breaks down into sections. First we see ordinary things, clutter of art supplies, wine corks, paint brushes, a Polaroid camera, sketches and so on. It looks and feels like a space of an artistic person, a person who likes to express themselves through art and the Polaroid camera shows that this person might also feel a bit nostalgic about the past.

This tiny little element in the opening scene is so significant yet you almost miss it the first time around. It’s the slight golden halo around the hat that makes it such a special moment for me, glorifying the outfit, making it stand out as something extraordinary.

The second stage is the make up, the act of painting on a mask, hiding one self. I like how his face in the beginning is a reflection and also always almost behind things. Half hidden behind a prop on the desk or his own shoulder. Only when his face is completely covered with make up we see a close up of his face that is not a reflection: almost like this is his true self that doesn’t need to hide behind things.

This is where he suits up, this is where he completely transforms into the giant mechanical man and this is the moment the camera angle becomes important. Look how the camera shows his back when he puts on the jacket, from a down-up angle which is making him seem bigger, more powerful, and while dominating the whole screen, he feels invincible.

There is a contradiction with the surroundings, a very cluttered and a very personal space is followed by an empty, completely blank hallway. It is also the first time we see him in his full getup, in his complete state where he feels powerful and yet, confined by such a tiny detail such as a door frame. 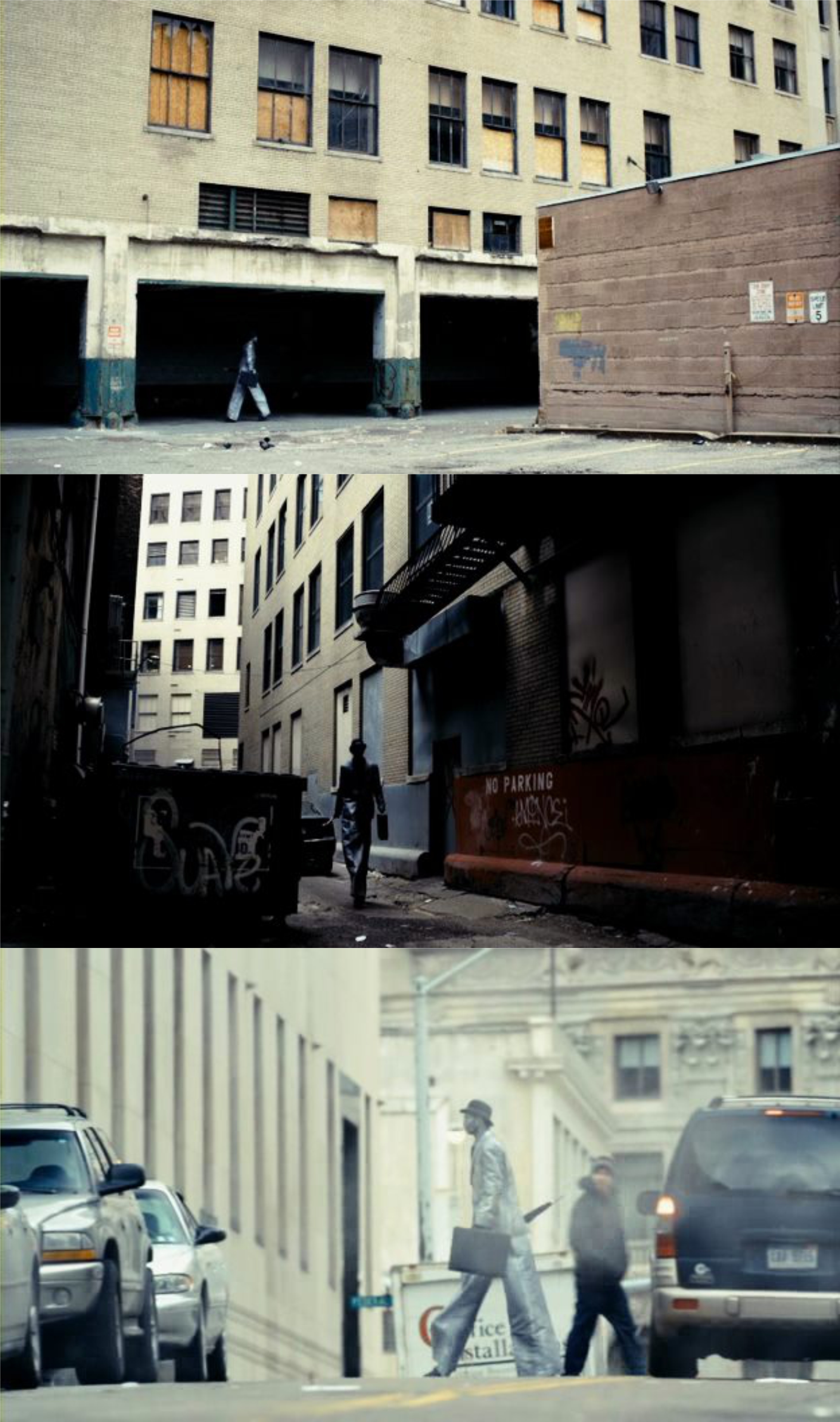 Though the scene begun with showing us a man becoming great, the urban elements make him seem small. The concrete buildings, the dark alleys, the cars even, are purposely there to tell us, that even though great, there are things in life that overpower us, things that will always be bigger than us.. even if we are taller than everybody else. And now look how he disappears into the urban, modern life we all have built ourselves to feel bigger and more powerful.