Last December I thought it was a great idea to torture myself with 24 Christmas romance movies. It was basically a 24-day horror fest because 98% of the movies were awful. Though I must admit by the end the alright ones started to feel Oscar worthy cause there are some god awful holiday romance movies out there. In other words Single All the Way had no chance to end up in the naughty list cause it’s actually sweet.

The movie has the most stereotypical set up. We have two besties, Peter (Michael Urie) and Nick (Philemon Chambers) living in the same apartment. Peter has recently broken up with his boyfriend who turned out to be married… to a woman. The twist, besides the closeted gay boyfriend, is that Peter promised his sister he’d bring a surprise back home. Surprise obviously being a boyfriend since Peter is known to be bad with relationships. So he gets this this crazy idea to bring Nick with him and lie to his family that they are together.

Eventually the plan is set in motion but that is until they get to Peter’s parents place and Nick jumps ship. Why? Well because mom has organised a blind date for Peter with her trainer James. He turns out to be super hot and super nice. Shout out to Luke Macfarlane who is an absolute sweetheart!

But what’s that!? The roomie is actually in love with his best friend and vice versa? Who would have guessed!?

SWEET AND SPECIAL BUT PREDICTABLE

Making it short, Single all the Way is hella predictable but it is still sweet. It’s great to see LGBTQ+ love stories represented in the first place so I cannot complain! This is Netflix’s FIRST GAY Christmas romance movie. So I will NEVER complain! I’m perfectly happy for this to exist and to remind me, especially during the holidays, that I will be forever alone… what a joy.

All jokes aside this is a good movie for what it is – a holiday romance movie! Trust me, I’ve seen plenty of them and there are far worse ones out there. This one is actually a good one. And it is a special one as well. Not only was it written by a gay man, directed by a gay man and it has gay actors in gay roles but one of the leads is Black. Just the fact that THIS makes Single all the Way special angers me a bit but I’ll decide to focus on the good. It happened and I hope it will pave the way for others! 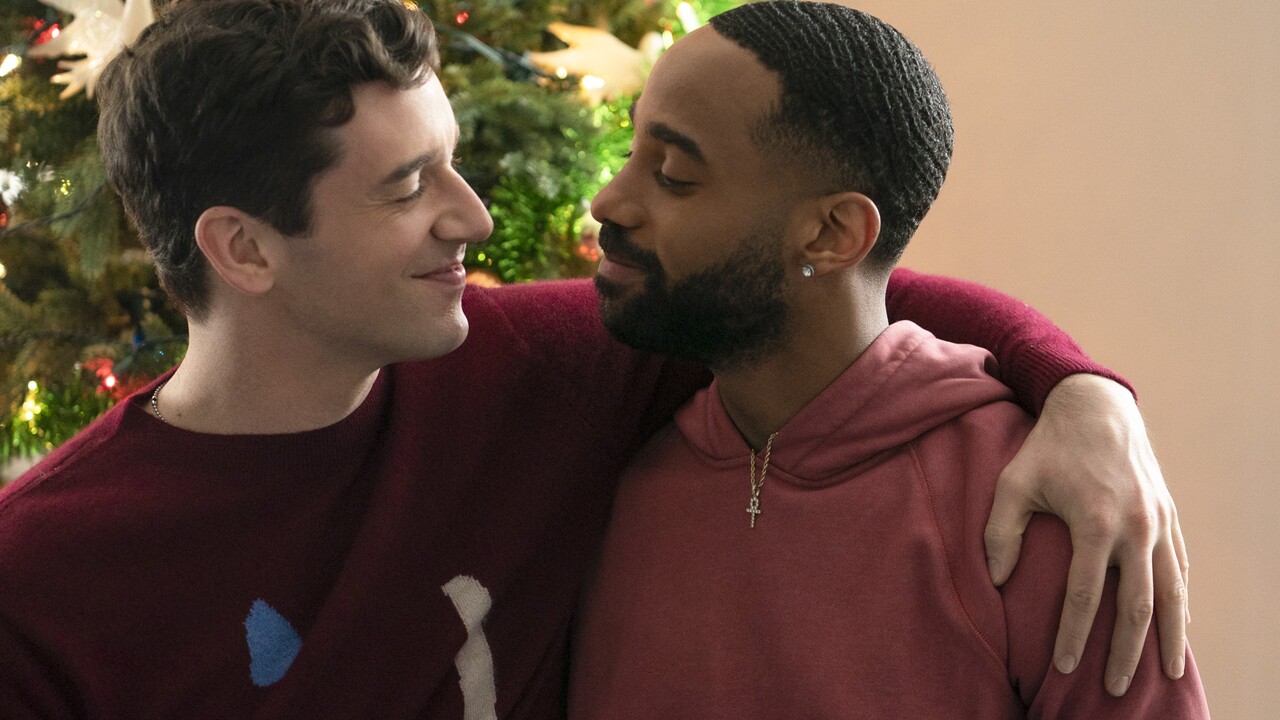 Anyway seeing Michael Urie from Ugly Betty was amazing. I have always found him very charismatic despite his tendency to be a tad bit annoying. Even here Peter has that hint of annoyance to him. Not sure if it’s Urie or the way Peter is written but he was not my favourite of the duo. All my love went to Philemon Chambers as Nick. This is technically his debut! He has never been in a movie, he has only had small roles and he killed it here. Such a joy and I hope to see him more.

And I loved his character! Nick had such a great job that demands a good personality. Chambers definitely brought that personality out and there’s so much to adore about him. I honestly wish there’d be a sequel to this for whatever reason. Like we can follow another character in this small town and just have Nick as the moral guide. That’s how much I wanna keep seeing him.

As many holiday romance movies the plot of Single all the Way takes us to a small town. I love that! I’ve always loved small town settings cause they feel more intimate. Here we have a great set of supporting characters but they are all a tad bit… boring. I love that the town has that Schitt’s Creek vibe where everyone is accepting and respectful. It’s a cozy hug. 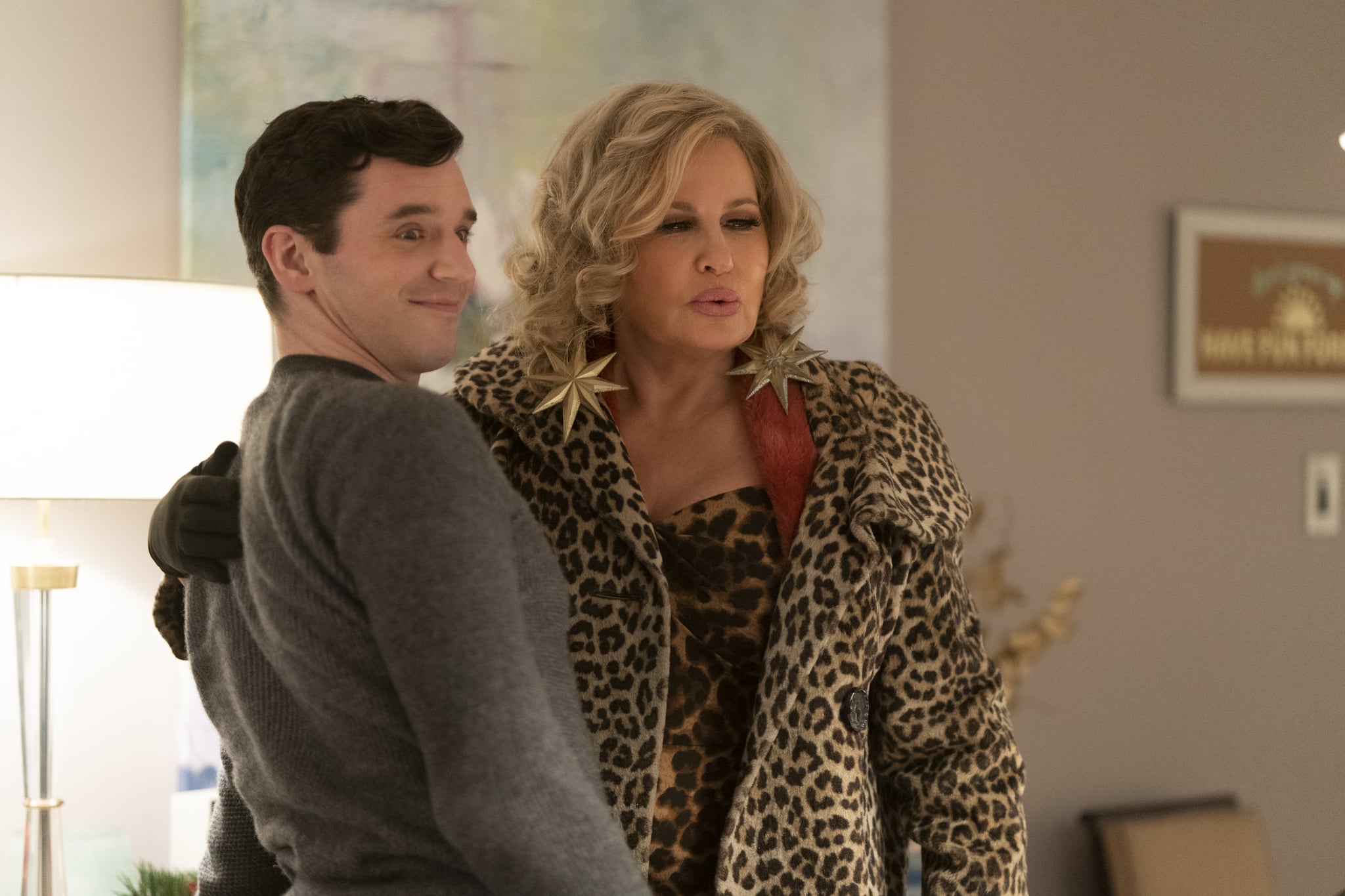 But like I said it’s a bit boring in terms of supporting characters. Even Macfarlane’s James is dull.. nice but super dull. Aunt Sandy portrayed by the always incredible Jennifer Coolidge does stand out a bit. But that’s basically Coolidge for you, she knows how to steal a scene and she’ll do it with ease.

So to be completely honest… everything besides Nick and his storyline with Peter is kinda forgettable. And having seen this a week ago? I hardly remember what happened besides the main romance. Plus I’m super disappointed the fake relationship trope was used as bait and they abandoned the plan mid first act. As a fake relationship trope lover, this was a hard to accept.

Holiday romance movies have a very weird place in my brain. Part of brain hates them to its very core, the other kinda likes them because they are easy to watch. Some of them despite being dumb are super sweet and sometimes I could use some sweetness in my life . Single all the Way has that sweetness and it delivered. It’s a special movie and I hope it opens up many doors for other LGBTQ+ movies. Is it the BEST holiday romance movie out there? No. But it’s far better than most of the ones that come out of Hallmark or Lifetime. Heck, it’s even better than most of the Netflix holiday movies! Trust me, I’ve tortured myself with a lot of them.