Third month of 2020 has been crazy, to say at least but I’m not gonna let the world (read: this damn virus) bring me down! So today, as planned, I’m continuing with the Hidden Gems challenge.  This month I watched three Jake Gyllenhaal movies and honestly… While everything else has been shit, this month was the best Hidden Gems month so far. Will it mean picking my first actual hidden gem? Well, you’ll find out soon.

My boy Jake has been on my radar for years. He started with comedies?, which I’ve not seen as much, and grew into a very strong actor. He has some amazing movies under his belt and I’m sure there are many more amazing roles to come. Also, if you watch any of his interviews, you’ll see that he’s just a crazy cool guy. Plus, not gonna lie, he has one of the most mesmerising beards in the business. For me at least.

I can’t really tell you the first time I saw him in a movie. Maybe it was Donnie Darko but I can’t be sure. It’s not that the first half of his career was weaker, it just didn’t capture me at the time. But oh have I noticed him now! But even saying that, I know there are many movies I still haven’t seen from his filmography and I’m excited to talk about the three I watched for this challenge.

Letterboxd lists 41 movies under Jake’s filmography and I’ve seen, before the three movies I picked for this post, 16 of them. That seems like a lot, more than a half! But what I said earlier (about not being familiar with his earlier career) is why I picked him for this challenge. To see more of his early films… which I ironically left to chance. Anyway, my favourites from Jake’s filmography so far are: Zodiac, Nightcrawler, Enemy, End of Watch and Brokeback Mountain.

Well, it’s become like a trend but I always seem to start with the worst ones. Bubble Boy tells a story of Jimmy who was born with no immune system. He starts his life by living in a bubble and continues to do so until the movie’s plot picks up. Surprise-surprise, he meets a girl.

The movie had some few fun moments, not gonna lie. Jake looked ridiculous which was fun in the context of how serious he is in movies nowadays. But this movie is so offensive! It’s almost impossible to list anyone who could feel offended by this movie. It’s filled with clichés and it’s just simply awful.

What makes it the most offensive is the treatment of the idea itself. Bubble Boy is inspired by a true story, of a boy who was born without an immune system and lived to be just 12 years old. He also, as in the movie, lived in a plastic bubble. I knew of the story so seeing this “funny” poster instantly made me cringe.

Thank god, a pleasant surprise! When this movie begun I actually had no idea Jared Leto was in it. I must have forgotten the poster but anyway, he’s in it and it made the movie better. Now this is a story of two guys who run from bad guys. Reason: one of the guys had sex with the bad guy’s wife (not Jake’s character).

The movie had a very promising first act, I was invested, I didn’t mind the strange drug haze Jake was constantly in and the movie seemed to go places. It had this cool current life mixed in with like videotaped clips of two of them hanging out as kids. It was cute. Then it started to drag, the characters didn’t really evolve as much and I got a bit annoyed. This movie also takes place around the time Kurt Cobain took his own life.

It’s not a bad movie exactly but it just doesn’t hold up in my opinion. There is a storyline with a crocodile boy and again it felt off. What’s the biggest disappointment is the fact that I didn’t get invested in the characters. It probably came down to the script which was a little raw. The bromance was adorable though!

While I secretly wished my random pick will draw me either older movies or Wildlife, I got Stronger instead. The pick didn’t disappoint me because I sort of knew it was going to be good. Based on a true story, Jake plays Jeff Bauman – a guy who was in the crowd during the Boston marathon bombing in 2013. He ends up losing both of his legs just above the knees.

The story here is heroic, he ends up identifying one of the bombers right before he is sent back onto the operating table. Jake (with contacts!) and Tatiana Maslany both are amazing! The fact that he is missing his legs looked like Jake was missing his legs – props for that.

Now, as you can see, I liked this movie a lot. It’s has a strong message and a strong cast. BUT and now this makes me super sad. The movie doesn’t hit hard enough. And it’s so strange to say that about a movie like this. But it doesn’t. The story progresses well enough, we see the struggle, we feel the pain but it doesn’t hit the right spot. The feels were not fully felt.

For now, since this year has been so crap already, I’ll give Stronger a chance to compete for the Hidden Gem. It’s so far the best I’ve seen, and I’ve watched 9 movies for this challenge. I do still hold hope that there’s a movie out there that will finally surprise me and I’d be 100% certain of my decision.

This month was stressful and I’m glad I got to spend it with Jake. He is a great actor and he has made some very good choices in his later career. Early years, well.. some less impressive choices as far as I can tell but those brought him where he is now so.. YAY!

Love Me Some: Joseph Gordon-Levitt 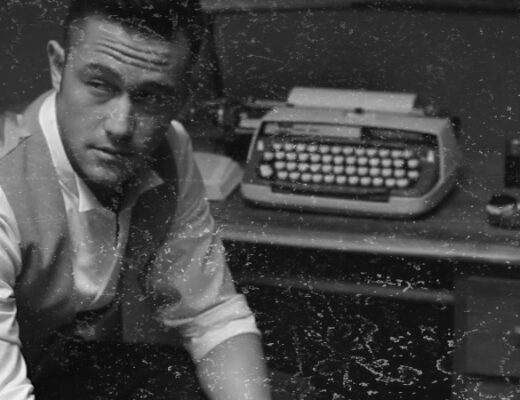