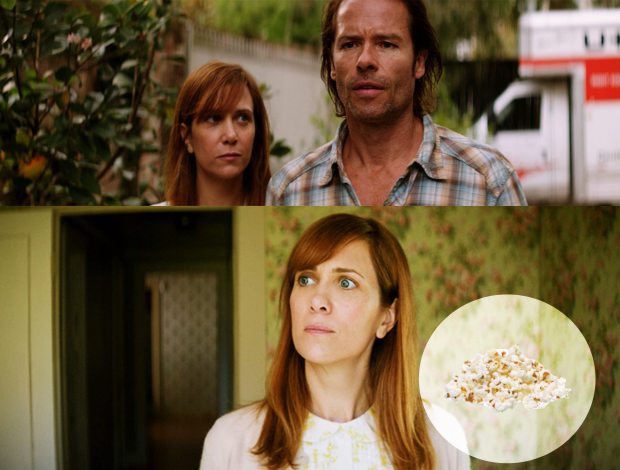 Spoilers are up ahead.

Me and Saturday Night Live alumni Kristen Wiig have a complicated relationship, it’s sort of a love and hate thing actually. Every time I see her face, I’m reminded of the horror that was Bridesmaids for me but there’s no denying that the woman can act. The fact is proven by her excellent work in Hateship Loveship, where her character Johanna made me feel quite uncomfortable multiple times, but in a good way!

The reason behind the good ratings I have been giving out to movies lately is probably hidden in the fact that I seem to be watching a lot of those movies that have something special about them. May it be the struggle of teenagers or the challenge of staying true to oneself, no matter what the plot, I’ve been consistently tuning in for indie movies and I’m loving every single minute of it. Hateship Loveship was another one of those great finds that gave something special to me – it made me realize that behind Wiig, that funny funny woman, is a much more complicated actress who is able to give a convincing performance as a strange but oddly interesting Johanna.

I saw Hateship Loveship what seems to be ages ago and it still is embedded into my brain, that is, obviously, a good sign for a movie. Though it is surprising for this movie to be as memorable because the plot itself doesn’t really shock or aim at being a very different movie. We follow Johanna, a very introverted woman who has been taking care of an old lady since she was a teenager – she has no social skills, she is odd to say at least and yet, she yearns for the same things everybody does.

The character of Johanna is interesting without ever really trying because she is quiet. She doesn’t talk much, and when she does, she uses few words. This forces the viewer to concentrate a lot more on the physical acting, the way she holds her self and how she looks at people and situations. So obviously, when she meets Ken (Guy Pearce), we are immediately intrigued. Ken is a drug addict and the absent father of Sabitha (Hailee Steinfeld), a teenager Johanna has been asked to look after. Johanna’s crush is written all over her face so Sabitha and her best friend decide to fake a e-mail correspondence between Ken and Johanna.

Things get more serious while Sabitha’s best friend continues to pretend to be Ken, until Johanna becomes utterly mesmerized by him and follows him to his place, an abandoned hotel he wants to open someday. Then things got awkward.. because we know she is not welcomed and by that time, I was so rooting for Johanna that I didn’t want her to get hurt! The way the movie progresses from Johanna alone to Johanna with Ken was actually rather satisfactory because the transition came somewhere in the middle.

Though I’ve given away plenty of spoilers, I’ll stop here and take the time to discuss Guy Pearce. I don’t know why, can’t explain it and honestly, I don’t even feel the need to do so, but I love Pearce. For years, he comes out of the blue and I’m like, yes, I like this guy and it’s that simple. I have noticed that I don’t seek out his movies but that doesn’t mean I don’t care about it. It’s weird. Anyway, he gives a rather interesting performance as Ken, the bad guy who you want to succeed at becoming good and I  enjoyed cheering him along on this complicated journey.

Hateship Loveship is an odd movie about a woman trying to succeed in life and love, and she does that without actually asking for approval. She silently needs it, acts accordingly and never really gives up. It might not be for everybody but I thoroughly enjoyed myself and Wiig’s performance played a big part in that. The movie does stay with you, if you let it, and though I feel like I’m nothing like Johanna, I did connect to her in a way. So all in all, this indie flick rests on Wiig’s shoulders and she never lets the pressure weigh her down.