I wouldn’t call myself a Jane Austen fan. With my inherent ability to avoid classics, I haven’t picked any of her books up. I do however love the 2005 version of Pride & Prejudice with all my heart. So when I saw that Emma. was available online after spending so little time in the theatres, I jumped on the opportunity to check it out. And just like that I spent my Friday evening together with Emma..

With the story of Emma probably being quite well known, I won’t go too deep into the plot. And honestly, I probably wouldn’t do a good job at it either as the first half of the movie did not click with me at all. Probably because Emma (Anya Taylor-Joy) is a very unlikable character when we meet her. She isn’t particularly mean but she is clueless (hint to the 1995 movie Clueless that is based on Emma) to many things happening around her. By the way, if you’ve seen Clueless, you kinda know what’s up.

Emma is also privileged, has always had money and similar to Elizabeth in Pride & Prejudice is not necessarily looking for love. She, however, suppresses the need for love by being a matchmaker for Harriet (Mia Goth). She does a bad job at it! The first half of the movie focuses on Emma trying to set up Harriet with Mr. Elton (Josh O’Connor) after manipulating her to refuse Mr. Martins (Connor Swindells) proposal. Things pick up from there.

All while Emma is dead set on being a matchmaker for Harriet, Mr. Knightley (Johnny Flynn) keeps trying to bring her back to reality. He is like the voice of reason for her, even if it’s not justified all the time. It will all make sense in the end though

The first part of Emma. was a little dull for me. When things started to pick up, that’s when I became more invested. While the movie had a slow start, the style and cinematography looked dreamy throughout. The pastel tones and the airy feel to the movie really helped along to follow the dialog and the (complicated for me) social hierarchy of said time period. And the outfits were amazing!

Emma. was also at times very over the top and I loved it! O’Connor and Miranda Hart, who played supporting roles, were just living their dreams. So loud, so out there and so enjoyable because they added comic relief to the movie. Even though more subtle, the quirkiness of Emma came out by the end of the movie too. And I got more into what Taylor-Joy was doing. And Flynn had a great scene too, that scene where he ran back into the room, brilliant!

With that in mind, I must say that Autumn de Wilde, who directed the movie, did a fine job. The movie had those moments of light entertainment and pure joy but it also had important lessons. The second half of the movie feels more grounded and stronger and it eventually made me love the movie a lot more. Seeing Connor Swindells and Tanya Reynolds from Sex Education in the movie was pure joy as well.

If I had to say anything about Taylor-Joy, I’d probably be stumped. It’s not that I didn’t like her, I just didn’t connect to her. As I said in the beginning, it’s probably because of Emma as a character. But that’s okay. The movie was still a nice Friday evening entertainment and I’m glad I watched it. 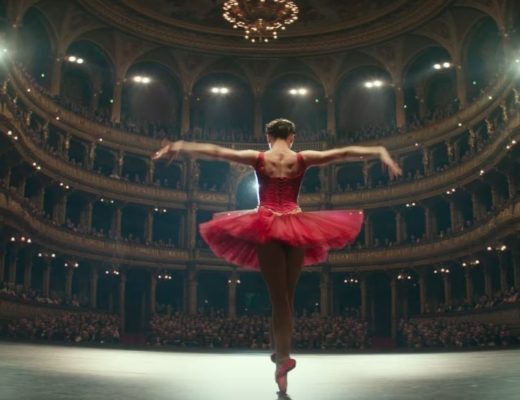