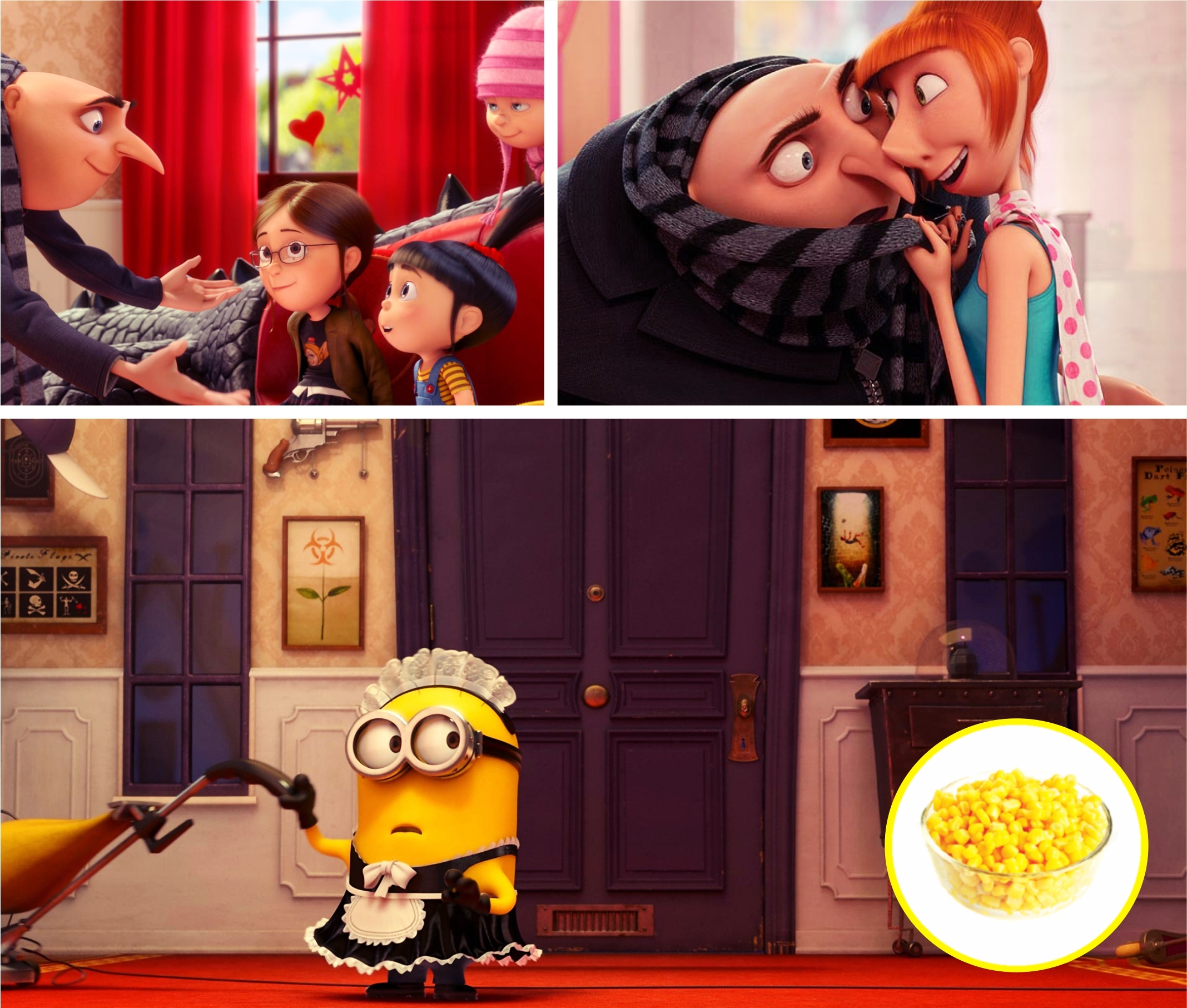 This is it guys, my first review of this summer and hopefully not the last one. As a rule, I wouldn’t have gone to see Despicable Me 2 (I wanted to see World War Z or This Is the End), because animations in the cinema aren’t my thing but I wasn’t going to be picky – I simply missed watching movies too much. Sadly, the feeling of joy that was upon me prior to the movie, slowly but steadily disappeared. In my opinion, Despicable Me 2 is an attempt to relive the joys of the first movie by giving the minions more screen time and favoring Agnes over others but the plot itself is too weak, a bit messy and overall uneventful.

I still remember the excitement and thrill that came with the first Despicable Me – especially the joy of seeing the minions do their thing – which is hilarious! The story of the first animation was also very likable and profound so I guess all of that created a lot of pressure for the follow up that came out this summer. My theory is, they did it too soon and rushed into the idea with just the need to do a second movie rather than give it time. Considering the fact that Despicable Me was released just three years ago while for instance the most anticipated animation this summer, Monsters University is a follow up that has taken 12 years to make. Same goes for Finding Nemo’s sequel Finding Dory which will be released in 2015. Then again, I might be alone in this as the IMDb score is actually higher for the second Despicable Me – I hate that my theories never seem to work outside my head.

But I’m sticking with my opinion and theory because I like to be surprised and Despicable Me 2 wasn’t much about surprises, for me it was more about showing exactly what the audience wanted – more minions, Agnes being cute and, obviously, love! In all fairness, those things aren’t bad and I bet the kids are going mad over the sequel all around the world right now, even grown-ups, but I expected more! What makes Despicable Me 2 a mediocre animation in my eyes, is the empty plot. There are many things happening, obviously, but the meaning of the story is lost and shattered along the way. The first movie showed the obvious change in Gru (Steve Carell) from a villain to a dad and the idea of the second movie was to create a relationship between Gru and Lucy (Kristen Wiig). Now feel free to call me bitter and hardhearted because here’s the bottom line, I thought it was ridiculously lame how that key relationship was created. One thing I’ve appreciated about animations is their simpleness and ease, Gru and Lucy getting together was far from that and it was too messy to be joyful.

Since it’s been a while since I watched it, I’m having a hard time remembering the whole animation and it’s a pity that there aren’t any jokes from it that I remember. From the first one, the legendary “It’s so fluffy I’m going to die!” is probably unbeatable but they could have tried. But I guess they did try, they tried to make big pucks instead of taking some time and letting the plot develop over the years. In a long run, I think rushing into a sequel was the animation’s biggest letdown. While Lucy’s character was refreshing and bubbly, complete opposite to Gru, I still would’ve wanted more out of her. And whilst Agnes was in the spot light together with the older sister, the middle one was completely forgotten whilst her characteristics would give great premises for a plot line. All in all, I hope I get to see a good movie here in Ireland before I leave and it’s very likely that it might happen this week, or at least I’ll try to make it happen: I need the cinema!