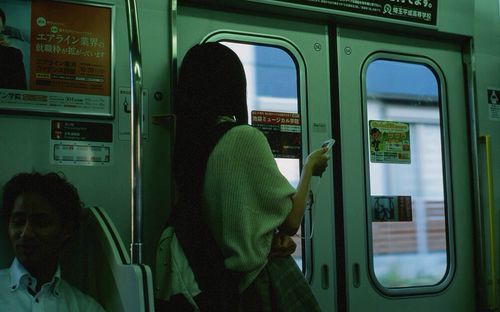 September as a whole was a difficult month. Last week was a bit better though, and now I feel like I’m getting back into my groove. If I’ve ever possessed such a thing as groove in the first place. But despite me feeling better, I still haven’t managed to drag my ass to the cinema, so shame on me!

Being ill with something that isn’t visible to others is difficult. I think nobody really understands your situation if they haven’t experienced something similar. My condition is serious, I battle with thoughts of my eyes getting permanent damage, I feel exhausted even after the simplest of physical task, and I overthink the smallest of signs. And most of this happens in my head, and it’s hard to express this to others. Am I exaggerating? Am I faking? Am I still able to give 100% at everything even though my whole body is affected by my disease? Am I now my disease?

The first half of September still felt like Summer, but now it rains pretty much everyday, and I’m enjoying it. I’m always more drawn towards Fall and Winter, than Spring and Summer. Maybe it’s my gloomy personality, maybe it’s the fact that it isn’t that hot anymore. Or maybe it’s the fact that I love wearing wool socks and drink hot beverages day in, day out.

October will be busy. I will work a lot in the first half of the month, and hopefully read as well. Then I have theater tickets, then I’m heading to Finland for a concert, Twenty One Pilots! Then I’ll be back, and it will be almost November and I will see Daniel Sloss on stage again, and my life will be complete.

Like I said earlier, I haven’t made it to the cinema just yet, but I did watch The Secret Life of Pets. I do appreciate the idea it proposes, pets having lives outside their owners, but the whole animation itself was not so good. It was alright, it is probably great for kids, but it didn’t really introduce something magical.

I also watched Filth, which was exactly what the title proposed – filthy. The performance by James McAvoy was quite surprising since I haven’t seen him this gritty. The plot for me wasn’t the best, I did appreciate the twist in the end though, so that’s something.

The last week was all about UnReal! I rediscovered it because I had seen pretty much all of the first season before, but decided to rewatch it and now I’m finished with the second season as well. Man, it’s a great little soap drama and I’m standing by that statement. It’s a more polished soap opera but it’s still quite soapy, and I don’t mind, I like it.

I did mention that I feel like Rachel Goldberg describes me as a person, and I want to specify that she does to an extent. I’d like to think I’m not as crazy, but at the same time, I sometimes feel as crazy.

Modern Family and Scream Queens are back! These two are pretty much the only shows that I will watch weekly because on everything else, I’m either behind or I’ve stopped watching completely. I do hope I will continue with some other shows that haven’t premiered their next season, otherwise my weekly schedule is rather empty. Oh, and yes, I’m watching The X Factor, that’s like my reality TV guilty pleasure.

Luke Cage also has its first season out and I will definitely watch it throughout the first weeks of October. Not a fan of the actor who is portraying Luke Cage, like, I don’t really find him charismatic, but I will watch it. Because I’ve watched everything else from the Marvel universe, so why not Luke Cage.

My September reading wrap up went up on Friday, and well, those who have seen it know that I only read three books. I mean, that’s like almost nothing. But I did pick up Frankenstein last weekend, and I’m trying to finish that before this weekend. It’s not that long, but man, that writing style is kicking my butt!

November should come quicker because I want to hear The Weekend‘s new album. Since then we got Starboy to repeat listen every day. Considering his track record, I can’t wait to listen to the entire album.

Thoughts on The Magnificent Seven from Feeling Fuzzier