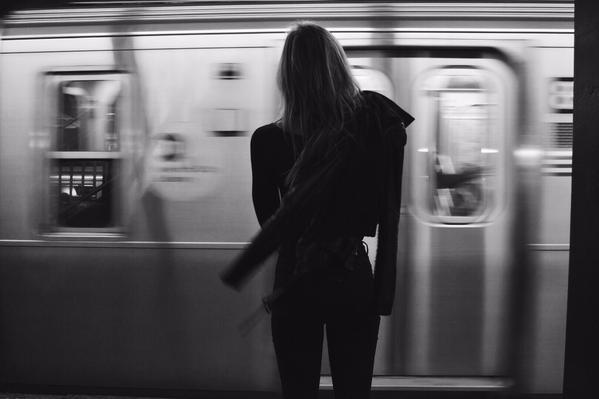 What a great week and all because Mr. Robot came back, and the Emmy nominations will have me sitting on the edge of my seat during the award show in September for two awesome reasons!

I wasn’t tuned in for the nominations right away, but when I found out that Mr. Robot was nominated for the Best Drama Series, I was thrilled. When I found out that Rami Malek was nominated for Best Actor in a Drama Series, I screamed with joy! That’s the most wonderful nomination of the whole bunch and I’m quite certain he’ll win. And if he doesn’t, hell, that’s not even an option.

Other names that stood out were Idris Elba (YAY), Kirsten Dunst (I really need to watch Fargo), and then there’s the Supporting Actress category that was 50% Game of Thrones. But I’m happy for Maisie Williams, she’s a sweetheart! And speaking of sweethearts – James Corden‘s show got a nomination as well!

So my eye problems continue. After five days of eye drops, and my eyes still pretty bad, I went back to the emergency room and got a stronger medication. New drops, an eye cream and allergy pills. Now I have to put drops into my eyes five times for two weeks. But the good thing is, I think this time, it’s working. But the eyes are still swollen in the morning, so I’m going to see an eye doctor just in case but I think I’m going to have normal eyes again soon enough!

Less than 21 days left until my vacation! I can’t wait! I’m not going to do anything, I’m just going to read, finish watching Nashville (if I’m not done by then), and sleep. I’m going to sleep for days.

So, still haven’t seen Tarzan nor any other movies. I mean, a lot of movies come out this week, but I’m back home, so I don’t have a cinema nearby. Then I’m working during the weekend, and that leaves next week.. for Star Trek and Lights Out. And then maybe Tarzan.

I’m thinking about watching The Neon Demon as well, which would make it my first Nicolas Winding Refn movie on a big screen. So far I’ve only watched Drive because I heard too many bad things about Only God Forgives to watch it.

Mr. Robot is back!! I’m so thrilled that the second season got two extra episodes, but 12 seems like not enough. I’m thinking about writing weekly episode recaps, here’s the post about the first two ones.

Also still very very into Nashville, I’m now on its third season and things are heating up. There are so many great things about this show, the characters are amazing, and I’m not even angry about Avery’s meltdown, even though his character development was progressing so well. There is a lot of female power in this show, and there are aspects to it, that make Nashville stand out. Considering my love for it, there will be a post about it soon. So so so happy that it’s going to get a new season and hopefully some more seasons after that!

Masterchef Australia‘s eight season is coming to an end and I’m sad. I’m 99% certain my favorite will win and even though my second favorite has now left the competition, the other chefs are all good as well.

I’m liking American Gods. It’s has so much potential for being amazing on screen as well, and I’m hoping they will translate the interesting supernatural vibe into the show. The next book I’m picking up is Brent Week’s The Black Prism which is another bigger book for July. But at the moment, American Gods is not progressing (in terms of me reading in general) as well as I hoped.

Something a little different in terms of music, here’s this smooth track I really like: Mabel – Thinking of You. But I’m also surprisingly into this Nashville song because it’s so country and I’m technically not a country fan. Though apparently, every since I started watching Nahsville, I am. Also this, Chris Carmack won my heart with this one!

The Last Picture Blog’s review of The Neon Demon

The Unseen reviewed by Ryan over at The Missing Reel