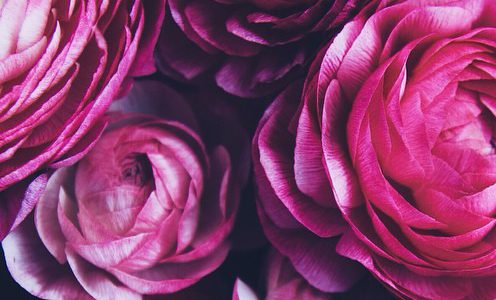 Well well well. It’s another year that has gone by like that, and Mettel Ray has aged another full year! 6 years of blogging, 6 years worth of posts and growth, that sometimes feels like a task, but mostly, like a part of me that I can’t shake. This year I haven’t planned for anything, I don’t even have an idea for something spectacular. And I guess it’s fitting, just like my own birthdays became more subdued, Mettel Ray’s blog celebration took place in silence.

After my holiday, and a great trip to Brussels, I jumped into total work mode. I’ve only had a day off since the beginning of last week, and two days of work left. You could say I’m very much focused on work, and reading, because it’s the second of May, and I’ve already finished a book. My priorities are clearly in place.

At the moment, I’m looking forward for my short, but quite a decent weekend at my hometown. The weather is going to be nice, and I have a dentist appointment, which is a lovely combo. But on the bright side, I get to enjoy my mother’s cooking and my grandmother’s baking, getting fit for Summer definitely isn’t in my agenda.

Sorry, I just, I had to get that out of my system because fuck yeah! In case you’re wondering, yes, I’ve seen it, and yes, I’m lucky to live in a country that got to see it before America. But also, I’m even more thrilled to see it again and again, because Civil War is currently my favorite Marvel movie. Sure, it could have had this and that, but it had all the elements, all the necessary plot devices, and it used and utilized them all in such a brilliant way. I’ll see it again on Wednesday, and I think after a second viewing, I’m ready to write a review.

In other movie news, I saw Mr. Right and despite my infinite love for Sam Rockwell, I didn’t love it. It was alright, it had good moments, and Rockwell, as always, was brilliant, but some of the plot elements were just too over the top and ridiculous for my taste. But I liked it a little bit more than I liked The Boss, which I didn’t hate, but didn’t love either. Which is like the most common feeling I have towards Melissa McCarthy’s movies.

During my vacation, Unbreakable Kimmy Schmidt‘s second season was released, and I binge watched it in like 3 days. I would have watched it quicker, if I had liked it more but something was off. I don’t know, I think it’s me, because I seriously feel like I’ve been disliking things more and more. And that coming for a person who actually watched the entire Shadowhunters first season!

For those who love cooking shows, good news, Masterchef Australia is back! Out of all the cooking shows I have tried, that’s the only one that stuck and I like the warmhearted approach the judges have, compared to the louder and angrier American version.

With not many new shows finding their way into my life, I’m very skeptical with everything I watch lately. Containment seems like an alright choice for a summer series, with an unidentified virus killing everyone, who gets infected, and half the city being under quarantine. But I think I mostly want to watch the show because of Chris Wood, who portrayed one of my favorite villains on The Vampire Diaries.

My April reading wrap up is on its way, and well, it’s the biggest wrap up so far! And I’ve already started May off with Vicious by V.E. Schwab, which I loved! It is a superhero, villain type story, that reads like a dream. And since I’m so ahead with my reading challenge, I think I might pick up bigger books this month, but who knows, I never seem to follow my TBR, which I don’t really have, if you wouldn’t count the pile of books above my bed as one.

Music wise, like almost everyone else, I was all up on that newest Beyoncé album Lemonade. And if she wasn’t so obviously shading her own husband, and yet staying with him, I would love her even more. Also, who the hell would cheat on Beyoncé??

Maria over at Big City Bookworm shares most her anticipated book releases in May.

Margaret of Cinematic Corner shares her thoughts about The Witch.

Mr. Rumsey has a quick review of Son of Saul.

Beatrice over at Big Screen Small Words shares her thoughts about Batman vs Superman.