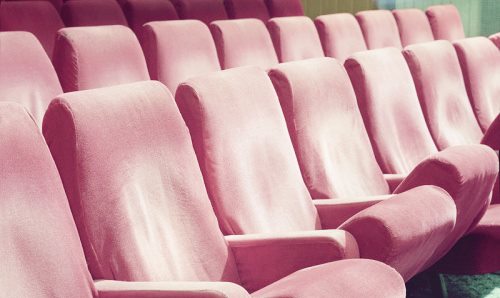 There’s so much going on around me that I’m actually starting to fall behind.. with everything. Movie watching has become more of an isolated incident, TV-shows have begun to feel tiresome and all while my precious free time is being aimed towards getting ready for the big event happening next month. In other words, I don’t necessarily have anything to write about.

In March I worked a lot, I worked so much that I grabbed the Employee of the Month title and it’s a pretty cool title to have. I like work, it keeps me busy but it keeps me so busy that I don’t necessarily have time to pursue my forever staying as ideas plans. Nevertheless, I like work, but I also like vacation and mine starts at the end of the month.

The thing I’m most proud of though, is the fact that while I worked a lot, I still kept up the 2 posts a week schedule here on Mettel Ray! Then again, I’ve probably sacrificed my social life for this blog, but I wouldn’t know because I actually prefer not to go out on a Friday evening anyways. That, and I was broke for the better half of March – trying to save and survive is a bad combo but at least I’m saving. For what, I don’t know but I’m sure it’ll come in handy soon.

It’s been a while since I’ve been anticipating a movie as much as I’m looking forward for seeing Deadpool. Seriously, this movie comes out next year but I’m already extremely excited! The filming has already started so it’s not long until a teaser comes out, then a trailer and then, the most sarcastic comic book movie ever will finally be on the big screen. Even it’s promotional interviews are amazing! My god, seriously, it’s going to be epic!

(Now a while back) Instead of seeing Ex-Machina, I watched Insurgent and well, I didn’t like it. The whole franchise is becoming a snooze fest for me and it’s only bright spot is Miles Teller. And speaking of Miles Teller, I think I’m a little interested to see the new Fantastic 4 after all. I thought maybe I wasn’t but now that I have had time to think about it, I’ve decided to be excited – it’s a comic book movie after all and I like those a lot.

After a long movie break, I decided to watch something nostalgic, 3 Men and a Baby seemed like the appropriate choice since there are rumors their going to remake it with hotter male leads?! Please, for the love of god, don’t remake it! Don’t tamper with these sweet classics that belong to the men like Tom Selleck – just don’t!

It has been a rough couple of weeks – I’ve wanted to catch up with many shows but only a few have had the honor to crawl their way back to me. The Good Wife being one of those shows and I’m glad I caught up. I feel like it’s the show you marathon, it would work well as a Netflix series – it’s just a lot more effective when you binge it. Matthew Goode has been on it for quite some time now but he hasn’t had anything with Alicia yet – I’m getting impatient but I think, or at least hope, that the writers see the potential in using Goode’s character in that way!

Started with Bloodline which didn’t have the biggest impact on me at first but I’m sticking with it. It will probably pick up the pace soon, and since it’s a Netflix original, I will find out after I binge watch it. One thing though, Kyle Chandler’s voice is weirdly soothing, isn’t it? I mean, his delivery of the line We aren’t bad people but we did a bad thing – chills all over! It was probably my favorite thing about the pilot too, just that single line, delivered by Chandler.

Also started with Daredevil and to balance out the new age wave of superhero shows, I also made my mission to watch Jericho. I actually sort of like both but the verdict is not in with Daredevil just yet.. Besides, Game of Thrones started so it’s hard to focus on loving anything else.

Since I haven’t picked up a book since Red Queen, or at least finished a book, I’ve been listening to music a lot. But the only shout out I want to give out this week is to NOËP – an Estonian musician whose track Move is just the bomb! I’m not much of a music expert but this song is so good that it’s forever embedded into my brain after listening it to countless of times.

For all the Mad Men fans, Film Flare is counting down its final season with Episode Reviews.

Dan the Man praises It Follows.

Almost Ginger talks about why Prisoner of Azkaban by Cuaron is the best Potter movie.