It was spring and now, winter is coming! It is almost symbolic considering the fact that Game of Thrones starts next month and like so many others, I’m pretty darn excited! Though it’s been mostly about books lately, I did also manage to catch up with all my favorite shows, including Shameless which keeps disappointing me. Then again, nothing’s more disappointing than this awful weather we have outside.

All I do is work, work and oh yes, work! That’s of course when I’m not watching movies, TV shows or reading books. The balance isn’t quite there yet, as it seems I have more hours than necessary punched in this month but oh well, I’m not complaining really. My workmates are great, we’re having a pancake morning on Sunday and also planning a third small trip to Hiiumaa (an island) this summer. And that’s pretty awesome.

What’s even more awesome is the fact that I have scheduled a vacation at the end of April – 10 days of pure freedom, filled with books and movies and if my mom is persuasive enough, which she will be, some hardcore yard work. Though it doesn’t seem like spring at the moment, I’m sure it will by the time my vacation starts and then it’s all about the dirt under my nails.

Though I hit a serious rough batch and had only seen two movies by the second week of March, I did some repairing this week. I rewatched the last Mission Impossible because I can’t help my love for Jeremy Renner and Simon Pegg. Plus, I think it was a lot better than the third one and it makes me excited for the fifth. If I didn’t know better, I would think I’m starting to like Tom Cruise again.

Then I almost suffered through Ask Me Anything which was alright but nothing really, on top of which I enjoyed The Rewrite a lot. Sure, it was full of clichés and it reminded me every Hugh Grant character ever, but it was nice and sweet, mixed with just the right amount of entertaining.

If all goes well I’ll be able to see the Ex_Machina on Monday. Though I’m sure something will go wrong and I’ll have to cancel my plans. That and the fact that I’m not really certain I want to see it, nothing in the cinema is really caught my eye like I can’t miss this, oh my god, I need to see it. That feeling usually arrives in the summer, like when Avengers is released.. then I’ll go mental. Or as mental as I go because I’m really not the type to cry with excitement or scream endlessly.

Shameless is wrapping up its season and I’m rather disappointed. Sure, there are things that still get me excited and sure, I like that some characters are evolving but I feel like Fiona’s story line, again, is ridiculous. She goes back and worth, Jimmy/Steve comes to ruin everything AGAIN, then leaves and then jumps in the boss? Was it so hard to let her just have one forbidden fling with the boss rather than through guys at her from every angle?

Also, what the hell is Debbie doing? Is she crazy or has she learned nothing from her family? And to think she was considered the good kid in her family, the one who was the most responsible and the kid who will most likely turn out well. Apparently not, as she is really messing her life up with her decisions – 16 or not, Fiona needs to get Debbie on track because I’m not liking where this is heading. Carl on the other hand, that boy is so beyond repair that I love it!

Meanwhile I also caught up with The Walking Dead which was nothing special. There was the horrific death of one of my favorites, of course, and now rumors are flying around that Carol might be axed next. God I hope it’s not true because Carol is holding that show on her shoulders right now, she is the silent horror in that town and I half hoped she would kill the wife beater in his sleep and leave it to the walkers to finish him off.

Veronica Mars fans have their panties twisted, I think, with the new Rob Thomas show called iZombie. Based on a comic book, the show has a very comic-feel and so far, I kind of like it. It is definitely giving me hardcore Veronica Mars feelings and that nostalgia is somewhat irritating but I’ll keep watching, for now. 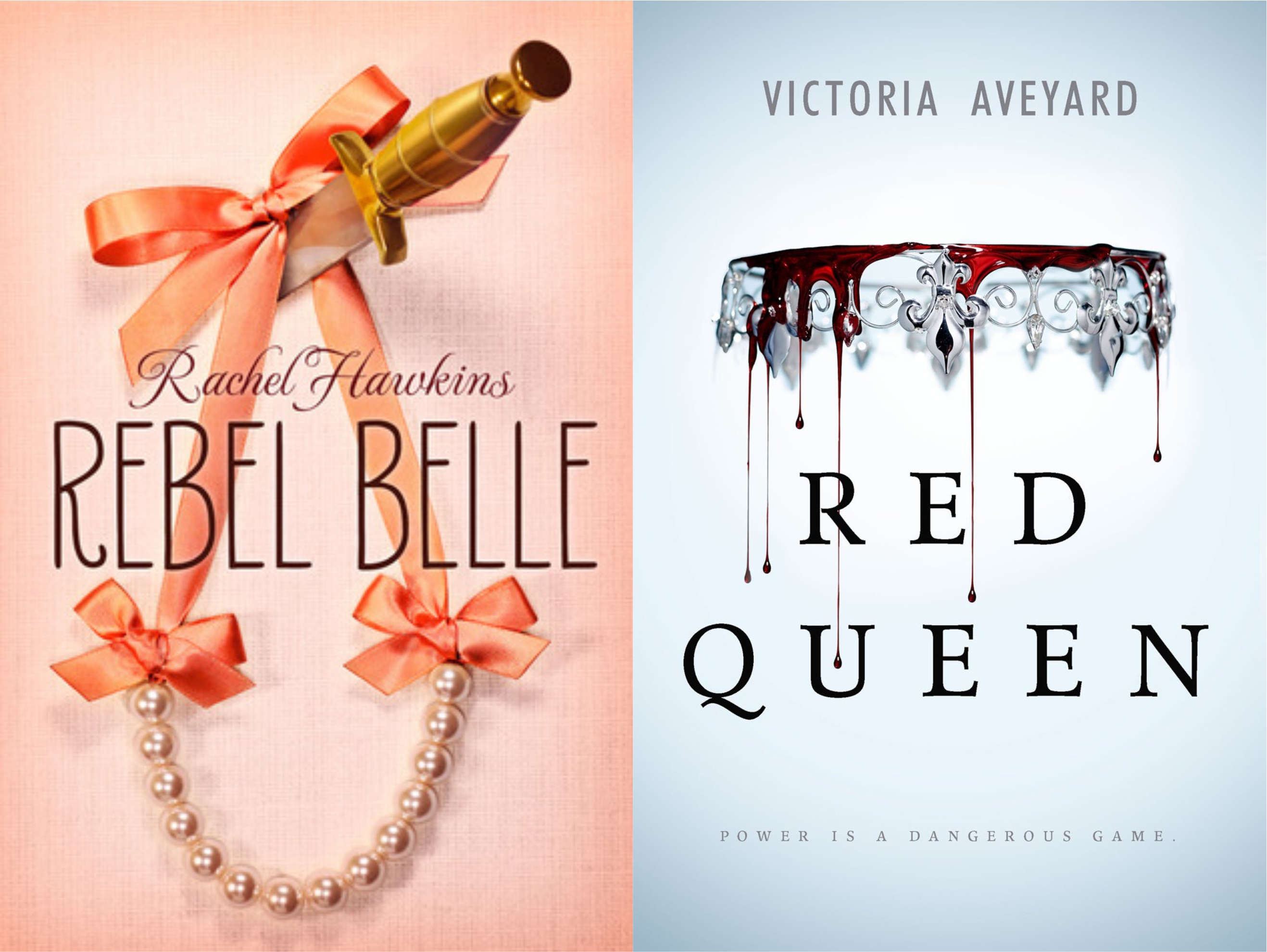 When I was challenged by my friend to accept the 2015 Reading Challenge, I had no idea what I was getting myself into. 52 books, (technically 54 since there’s a trilogy check box) and I have only checked off 13. Which is actually quite alright, 1 book ahead of schedule even, but the challenges I’m ticking off are easy compared to the ones that are ahead. A 500 page book, a book that’s 100 years old, a book set in my hometown!?!? The last one will literally break my brain but I’ll get there, I’m sure I’ll find something specifically about my hometown.

Anyway, I’ve been ticking off boxes fast with YA novels which is the easiest root to take. I’m able to finish a book in a day and a half, then start the next one and be done by the next day. So far I’ve powered through Nearly Gone, State of Emergency, Rebel Belle and Red Queen. Out of the four, I liked 3 but loved 2 – Rebel Belle and Red Queen were great! I mean, sure, they aren’t going to be classics in a 100 years but the enjoyment of reading them is what counts now.

As I haven’t done a book review in a while, and since I actually enjoy reading lately, I figured I should start again. But then, I’m not sure. I like how the blog is currently flowing, in between Commercial Breaks, Reviews of movies and shows, plus the added bonus of rambling through Coffee Talks. There’s a balance there, and I feel like the book reviews might mess up that balance. But I really want to review books too…. any ideas?

Insurgent gets a not so nice review from Dan the Man.

The Two Dollar Cinema shares his take on White Bird in a Blizzard.