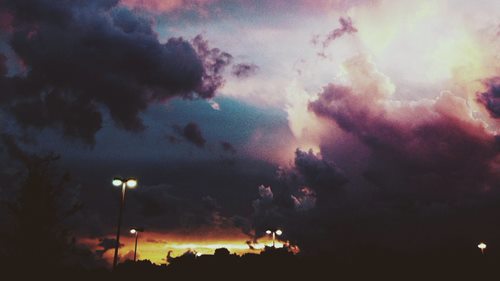 Every time I sit down to write a Commercial Break my mind goes blank. It’s like I forget every awesome thing that has happened since the last time I wrote down my candid thoughts about everything. This time was no different up until I got into the swing of things and completely lost track of time. In other words, brace yourself my lovely reader, you’re about to indulge in some heavy-ass-long ramblings and for that, I’m sorry I’m not sorry.

It’s less than a week until my day of doom arrives.. more generally known as my birthday. This birthday will mean I’ll be closer to 30 than 20 *heavy breathing commences*. And I feel like I haven’t really gotten to the point where I wanted to be when I was 20. Now I’m going to be 26 *heavy breathing continues* but I don’t feel 26, I still feel like I’m 20. So if anyone asks, I turn 21 next week and I’ll be turning 21 for at least 3 more years!

Otherwise there’s not much going on I guess, I’ve been trying to write but other things seem to get in the way: work, movies, shows, books… even cleaning. When I do get the motivation to write, I usually type up a review or a Coffee Talk instead. Because of it I have like a months’ supply of drafts ready to be published which is great because it means I don’t have to worry about it too much.

I thought I hadn’t seen many movies since the last Commercial Break but my Letterboxd account told me a whole different story. Since January 12th, I’ve seen 13 movies including Birdman, Wild, Into the Woods, ’71, Big Hero 6, Unbroken and The Imitation Game. My review of Birdman is here but with others I haven’t yet expressed an opinion. Though I do want to write about Unbroken, which I wasn’t the biggest fan of, and The Imitation Game which made me cry. Into The Woods I want to butcher to pieces because seriously, what the hell was that? Sure, nice songs and keeping a tune is all lovely and that, but the damn story was so messed up in so many ways it was actually disrespectful towards fairy tales. 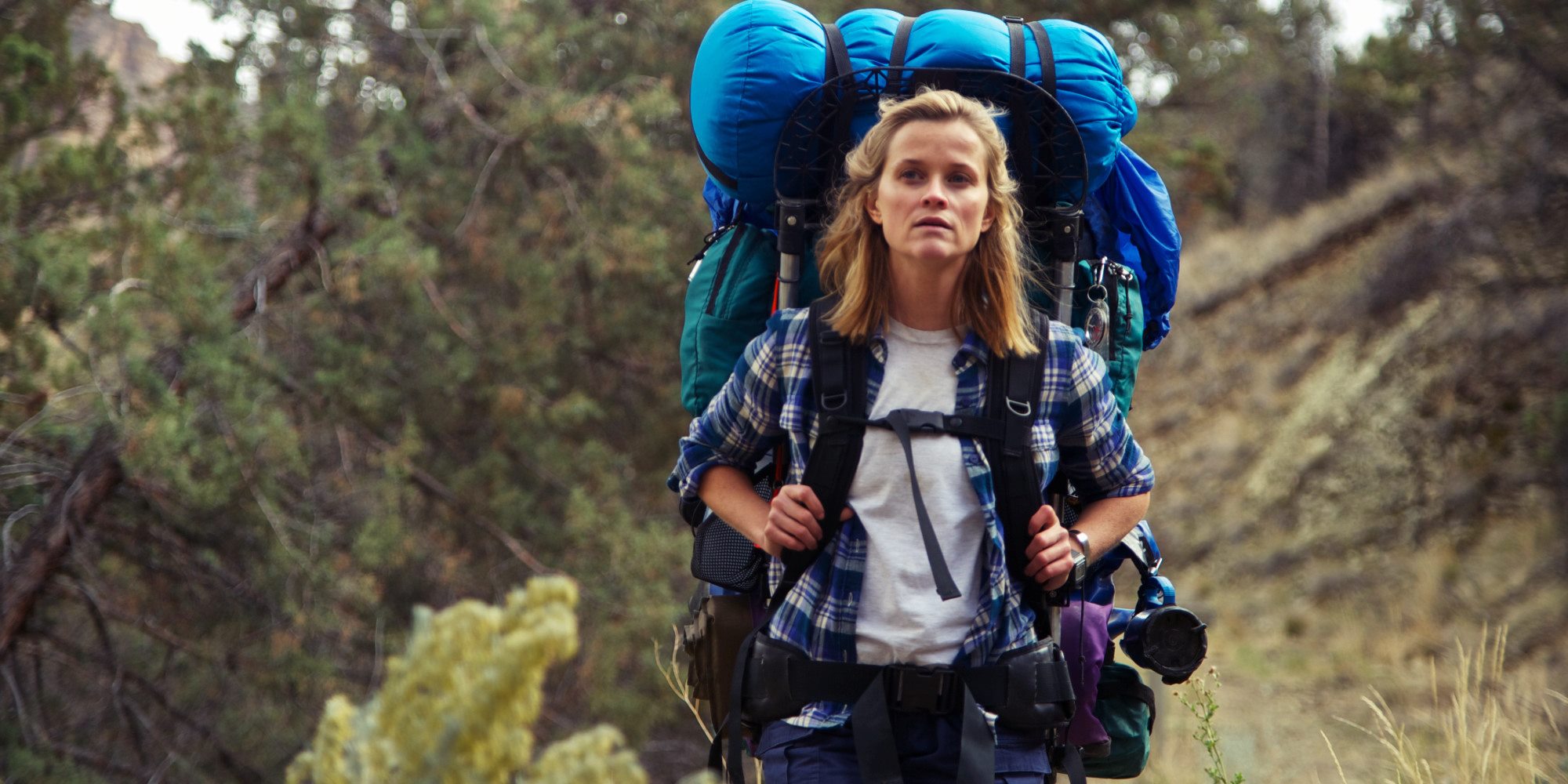 Biggest personal surprise was Wild.. I really liked it though there were some slight annoyances in the style of story telling I wasn’t very keen about. The echo-type narration was just too much, I’m not stupid, I get that it’s happening in her head, I don’t need that style to emphasize it. Not sure whether there is going to be a review or not because I’d be going over the same thing I’ve been talking about in every other review I write – connection. It’s just, I keep stumbling on these movies that talk about loss, either a loss of a parent or a loss of motivation.

Since I don’t write about every movie I review, I do try to say at least something about a movie on my Letterboxd account this year. I’m a bit behind because I’m still deciding which movies I’m going to review but the ones I’m certainly not going to discuss here, are shortly summarized on there. It wasn’t something I planned but the more I seem to be writing, the more I seem to be better at it so I guess it’s another way to expand my talent.

There’s a movie I’m actually excited to see this month and it’s Kingsman. I’m sure, it’s going to be something like a teenage Bond or some sorts but Colin Firth can do no wrong in my book and it’s been a while since I watched an action movie. Besides, it seems to be funny.

I also plan to watch 50 Shades of Gray which is definitely going to be a mistake but you know what, screw that! Sure, it’s silly and it’s not going to be rough and as sexual as the damn plot might suggest, but it’s been the topic of discussion for so long I’m now interested. Whatever, I’m watching it and even though I didn’t finish the book, I hope to at least sit through the movie for Dornan. He deserves it. 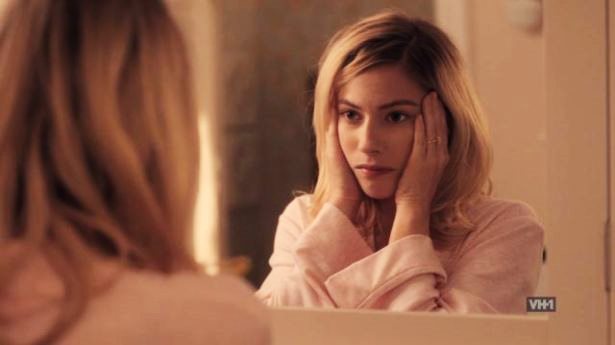 Where to begin? I’ve been on a high lately with Sirens, Broad City, Hindsight and The 100. The first two are comedies because I’ve been crying out loud for a good laugh and these shows bring it. Sirens is most likely getting a bigger shout out some time this month, Broad City needs one as well though I can’t seem to grasp my emotions with that one. It’s just, when a show starts off with a dialog about butt hairs, you just never guess the whole episode is going to be about butt sex. It’s just that out there and that amazing for all the wrong reasons.

Hindsight is like the American version of Being Erica but with a complete 13 Going On 30 kind of feel. In other words, the leading character went back in time and is constantly in the 90’s now. First of all, the soundtrack is like divine! 90’s are sure making a comeback in my life, even the fashion in the show is looking a lot like the display windows for stores right now. The mom jeans, the collision of different fabrics, the timeless leather jacket – it’s all there and it’s just in the background, the plot itself is quite good as well.

I won’t stop there, I also went back to Looking and it is a lot more entertaining than I remembered. Same goes for Scorpion which I had to catch up because I saw something on Tumblr. That happens a lot, Tumblr showing something and me getting the urge to see it in motion.. but I could never watch something by skipping episodes. Except How I Met Your Mother, with that I skipped full seasons and watched a single episode and was done with it. Arrow seems to be going towards the same faith as HIMYM. It has grown tiresome for me even though I’ve kept with it for so long, I haven’t really felt the need to watch it.

Last but not least, I quick shout out to Baby Daddy which is still surprisingly good til this day. It just has so much going on for it, besides the hilarious characters, it has heart and soul and it manages to make me feel a range of emotions within a single episode. It reminds me of Friends a little bit, not as iconic, for certain, but it’s still a very well written show for my entertainment. Granted, it has its strong spots and couple of weaknesses but then again, I seem to find flaws in everything these days. 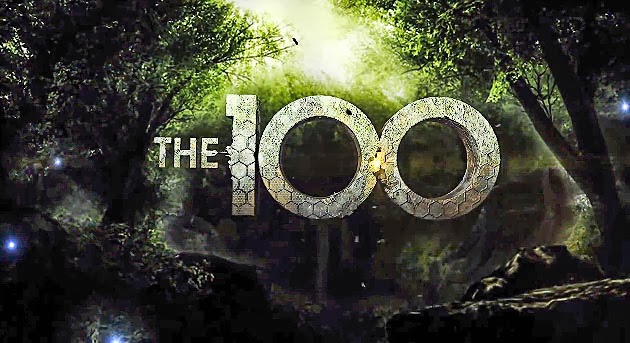 Since I was going to have a whole lot of things to say in regards to books I decided to skip the music part this time – besides, I lost my earphones and well, that has been limiting my music listening time. Anyway, lots of book stuff has happened since I got myself a tablet. Finished The 100 which I started because the series hadn’t come back yet and I needed a fix. Also finished The Bone Season which was a bit confusing in the beginning, and there are some minor things I don’t think are the most successful but other than that, a really nice supernatural read!

A series I almost finished, I’ve read 2 books out of 3, is the Delirium trilogy. It’s so-so, not as good as its idea which I actually like, but I haven’t been able to finish the trilogy because the third book apparently completely demolishes the series. It would be another Hunger Games situation where I enjoy the middle book a lot and then am crushed completely by the third and final book because it is stupid – is it a curse?

Plan to read American Gods soon but I’ve been taking a break from everything for a couple of days now, including shows. This is just temporary I hope because I have so many books to read, 52 to be exact. I’ve finished 7 at the moment, which is great but I’ve always had a successful January followed by 11 months worth of reading two books. The past won’t repeat itself this year!

Cinematic Corner brings us another amazing Visual Parallels post with The Guest and Stoker.

Dan the Man reviews The Guest.