There’s something about a new year that makes people want to change and set goals, most likely unrealistic ones, that they will possibly forget by this time next year. It is, by the lack of a better word, a universal tradition to grave a need for change in the beginning of each new year and have an aim to fulfill. This year, Mettel Ray sort of doesn’t stick with tradition.

Let this one be as great and even better than the last.

This year I haven’t been as keen to have resolutions though I’ve done so in the past. There are some things I want to achieve in my life, as do we all, but they aren’t necessarily related to Mettel Ray. Besides, this year I’m an avid believer that setting yourself goals each month seems a lot more realistic. Baby steps people, baby steps.

Anyway, my most important resolution for 2014 was love. The basic idea was to love my blog as it was and not tweak it every two months like a crazy person – and it was my biggest success story of 2014! I did end up changing the theme once but it was because in March 2014, WordPress launched my perfect theme (the one I currently have) and I couldn’t resist. This has been the longest I’ve gone without changing my blog.

There are no resolutions for 2015 but to continue blogging. This year, Mettel Ray will turn 5 years old – that is 5 years of my life in which I received my Bachelors and Masters, lived in different countries and watched so many hours of entertainment that I should be institutionalized. There have been ups and downs but I promise to keep going and I’ll continue to love blogging.

Another sort of goal for this year, not just for the blog but in general, is not to be afraid to be yourself. It’s a tricky one because I’m moody and well, many of those moods don’t necessarily need to be in the spotlight but it’s those positive aspects of myself I need to show more. If I love something, I shouldn’t be afraid to voice that opinion even though I might get weird looks. If I want to do something, and even though I might suck at it at first, I should try and not be afraid of things people might say. Be you and be you for you not for others!

There haven’t been any wow moments these past weeks, nor have I decided what movie I should watch first this year, but I did see The Interview. It was okay, not my cup of tea but I say that about every comedy I see these days. I did love the puppy! and James Franco’s outfit game was so strong that I like him even more now. Yes, I like Franco, I’ve always liked him.

Watched Happy Christmas as well, which was nice but nothing special. Rewatched Divergent because I still like those YA dystopian movies and will continue to like them. Then finished the year with 4 Minute Mile. Haven’t heard about it? No worries, I don’t even remember how I stumbled on it but I’m fine with it. It wasn’t anything amazing but it did surprise me a little.

You would think I’ve seen every show out there but no, I still have that list of really good ones that I haven’t gotten to. For a long time, Sons of Anarchy was one of those but no more, I finished season 1 right before the year ended and I’m floored! It was so good you guys, so good! There’s definitely a post coming, if I’m ever able to catch my thoughts.

2014 ended with a very television oriented post, I posted a list of newcomers for winter/spring season and my god, what a list it is! There’s so many shows coming, and so many of them actually look promising and I’m already panicking because I want to at least watch the first episode of pretty much all of them. Plus, there’s a theme going on and it’s crime which means I’ve arrived in heaven! 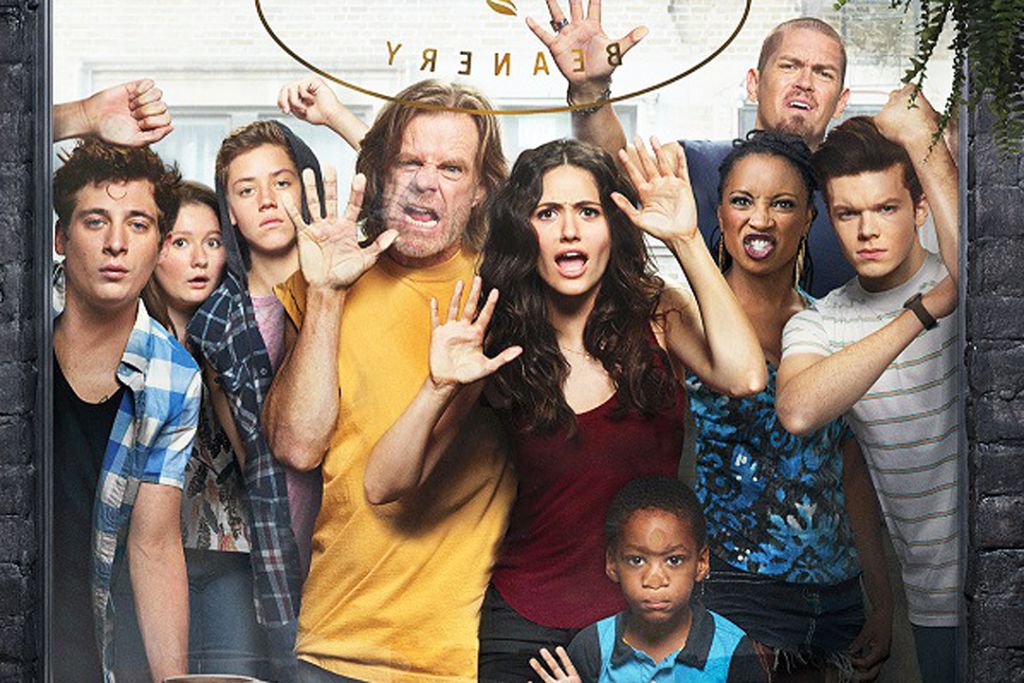 Shameless is coming back! It’s the reason I wait for January, to see Mickey and Ian and Fiona and Carl and Frank and Kevin again! This year Shameless will return with a burden of disappointment though. There’s no Jeffrey Dean Morgan because he was taken away from us! How dare you people, how dare you to show his gorgeous face and then replace it with Dermot? I mean, I like Dermot too, yes, but Jeffrey is on a whole other level of manly!

Though my plan was to start reading more, 2 days in and I really haven’t kept that promise with books. I do think I’ll give The 100 a try because I’m really enjoying the series at the moment, a lot more than I thought I would in the beginning. Then again, I have like 5 books I’ve started and not finished so I really shouldn’t start with a new one.

Sent the old year away with old school sounds and Bust a Move was among my choices for the evening. The song is as old as I am and shockingly, my friends hadn’t even heard of it! Sometimes I feel oh so old.

Love & Squalor writes about her take on The Theory of Everything.

The lovely Elina over at Films and Coke credited Ethan’s brilliant work on Shameless.

Cinematic Corner lists some of her favorite things she loves about Gone Girl that nobody talks about.