Like promised, here is the second part of the recap that brings you all the shows and books I consumed during my break. Needless to say, I don’t think I remember everything I saw during this little absence of mine. Didn’t keep a list, only reviewed one show, so who knows what I will forget to mention. Also, I didn’t read much but I did discover a few good songs and had one good oldie on repeat. As per usual, there are also links at the very end.

So this will be a hard list to compile because I don’t have any way of logging my shows. Some are possible in Letterboxd, but I’ve chosen not to, plus it would be unfair if I log one and skip the other. Anyway, this is not in a chronological order, but more or less in the order I like them. Which is another way of saying that these are in an order I remembered them.

Bodyguard is my most recent watch and hot damn, I loved it! I would have loved to see Richard Madden in a beard, but getting to hear his accent for such a long period of time was almost as good as his beard. But please give him a beard in season 2, thank you. The show was intense, thrilling and so well crafted in terms of the script. I loved every moment of it and I binge watched it in a day! That means a lot because before this I had been starting and hitting pause on so many shows. But not Bodyguard, Bodyguard I devoured!

With my inability to focus on serious shows during a short period of time, I binge watched Great News. It’s a PG comedy that features a mom and daughter, who happen to work at the same news station. It’s hilarious! And it’s such a nice, supportive and uplifting series, that I definitely would continue watching if it weren’t cancelled! So unfair to stumble on these shows and then find out that it will forever remain unfinished.

Ozark’s season 2 was something I ended up reviewing. You can read it here, but I’ll go quickly over my thoughts. I didn’t absolutely love the second season and I felt it was weaker than the first. The biggest issue was the lack of direction and it felt like the plot was oozing everywhere. They also had weak character developments happening and the new additions didn’t work well. There were a few shockers, and I’ll definitely keep watching, but I’m not overly ecstatic about it.

SHOWS TO WHICH I HIT PAUSE 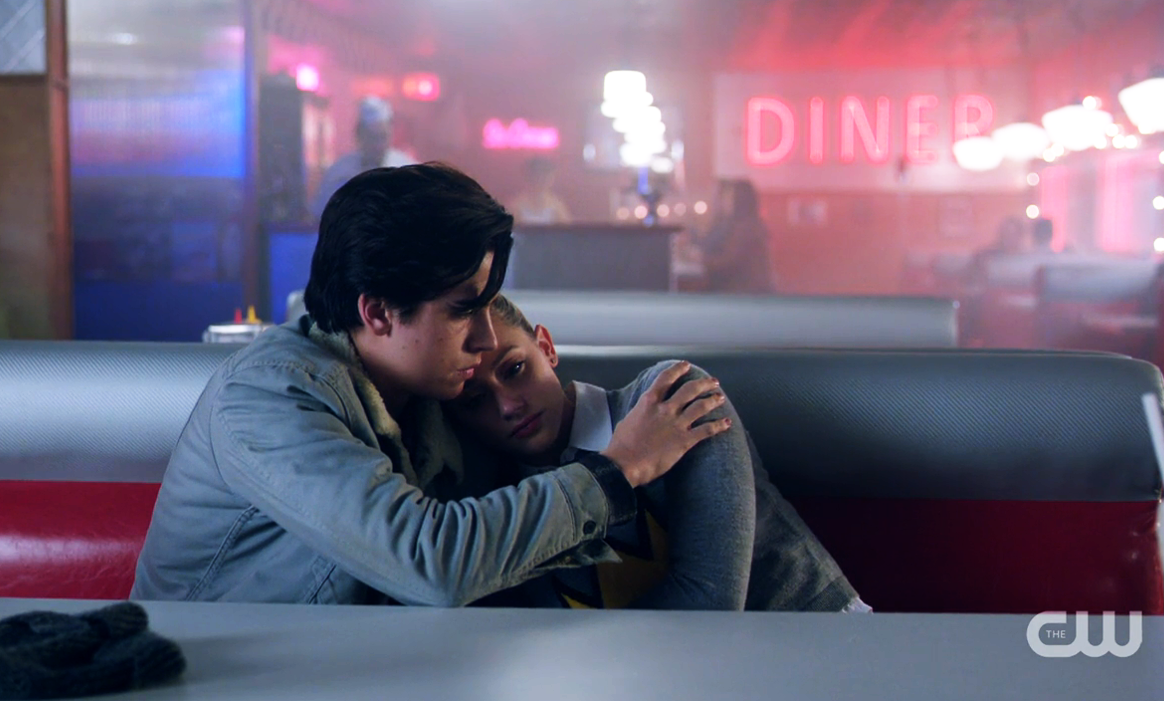 After sitting down I realised that I didn’t really watch anything else, or at least, I can’t recall any other shows I finished. So this little subchapter was created to showcase a few unfinished viewings I had during this break. First thing I can remember is that I tried to rewatch Outlander because I’m going to Scotland. And after rewatching the first season, I planned to keep going because the fourth season is out, and I’m still on season 1! Well, technically on season 2, because I’ve watched the first one twice already. But I still haven’t made it to the second season.

Then, after realising that I still really want to watch Riverdale, I started its second season… again. Now, I got one episode further than last time, and got to episode 4, and I’ve been there for a number of weeks now. It’s not that the show isn’t good, I just need to be in a very specific mood for Riverdale, and that mood just keeps disappearing on me. But, soon, I’ll get to it soon, I need to because I feel like I enjoy it when I eventually get into it. 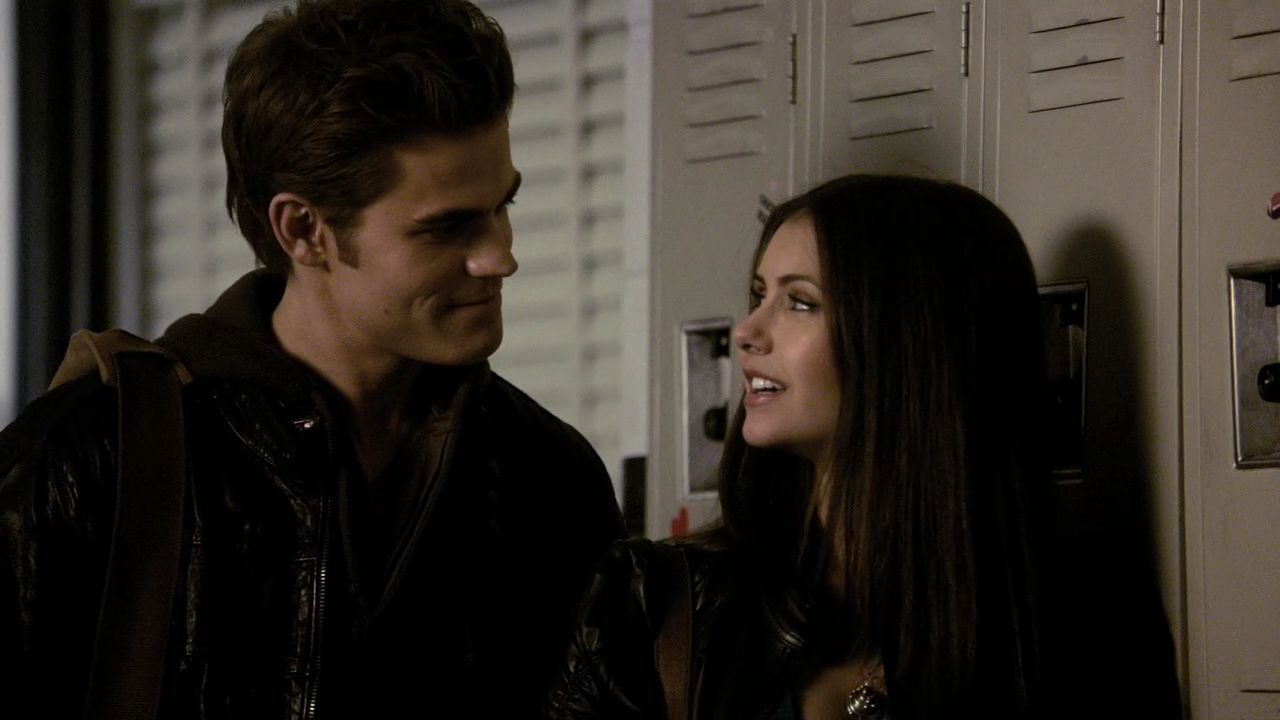 Something I did get into and then got ripped away from me was The Vampire Diaries. And yes, I’ve seen it, but I wanted to see it again, and I started watching it at the end of September. Then, woke up on the morning of October and what a surprise – Netflix had pulled it. I got to see 4 episodes before I was left hanging by Netflix. I could be binging on it right now, and I’d go ahead and binge The Originals on top of it but Netflix took that away from me! Boooooo!

After which I think I started numerous shows and I can’t even bother to mention them. Just a few minutes from a pilot here, a few minutes there, nothing stuck. I did get three episodes into American Crime Story‘s first season but also stopped for my lack of interest. And it wasn’t even about the shows, I just wasn’t feeling it. Then I tried to watch Sabrina and also didn’t get into it. Haven’t even opened Daredevil‘s third season. Haven’t yet managed to start The Haunting of Hill House. And that’s when I finally binged Bodyguard, which I hope brought me out of my rut. Though, at this very moment, again, not feeling the need to watch a show. Which is scary but at the same time, refreshing.

I do plan to continue with Riverdale like I mentioned, and it will probably be the only thing I will try to focus on. Though I’m not sure it will happen in November because I’m trying to get back into reading and I simply don’t have any more time.

So books are again easy because I log them on Goodreads. But since my holiday reading extravaganza, I’ve only read 5 books. I’m actually ashamed a bit because I’ve had time to read, I just haven’t committed to anything long enough to finish it. So I have about 4 books that I started, got through like up to 100 pages, and then set aside. Anyway, out of the five books I finished I loved two, and was okay with one, and quite disappointed in the others.

Beartown and Us Against You by Frederik Backman were wonderful! It’s a duology with multiple point of views and it’s AMAZING! They have very important themes going through, and the author treats all of them with grace and dignity. It’s heartbreaking, you will tear up if not flat out cry, and I wish that somebody somewhere will turn this into a two season series. Seriously, this needs to happen and I need to have these characters put onto screen. And Backman has to help out with the writing because his style is so unique and fantastic. I can’t wait to reread these.

Then I picked up My Plain Jane, which is the second book in The Lady Janies, and I was very disappointed. It was bland, boring and the progression of the plot was so dull I almost didn’t finish it. I still gave it two stars, but now, thinking back, it might be worth only one. I just wasn’t impressed at all. And I remember how fun and hilarious the first book was, and I’m even more disappointed. After that I read another quite a boring book called Mirage by Somaiya Daud. I mean, I don’t want to say boring because I did finish it, but I hardly remember it. It did have a very nice space fantasy feel to it but the story went nowhere. And like I said, I can’t even remember it.

Finally, to complete my this year’s reading challenge, I read Tempests and Slaughter as my 50th book. I wanted to read something a bit more challenging, and I did get through like 200 pages of Shantaram but then I set it aside. What a surprise. I do plan to finish it, but it’s just way too long and way too descriptive to read all at once.

Tempests and Slaughter was okay, I guess, because it had a very nice Potter vibe to it. It had three main characters, two boys, one girl, it had a magic school but a little different in terms of magic. The main character Arram was also a bit more skilled with magic, and he had hidden talents which was cool to read about. BUT I kept wishing the main character Arram was bisexual to add a little diversity to the story, and to break the Potter resemblance. The book did have a gay character but I just needed somebody from the trio to be a little bit bi. It’s a weird comment, I guess it is a little subjective but also, the signs were all there for a more compelling character to emerge. But, it stayed a Potter-esque story that didn’t really go anywhere.

Just based on this list, you can see how much my mood fluctuates… I’m going to be all over the place with these.

Oh and, I don’t really want to admit it but this song is super catchy and I haven’t gotten tired of it yet. The video is just super crazy though!

Cinematic Corner reviews The Haunting of Hill House but warning, there are spoilers

Rambling Film revisits her Top 10 lists and makes some changes

If I didn’t convince you to pick up Beartown and Us Against You, maybe Big City Bookworm will

My recap post has nothing on Returning Videotapes Monthly Wrap Ups, which are great