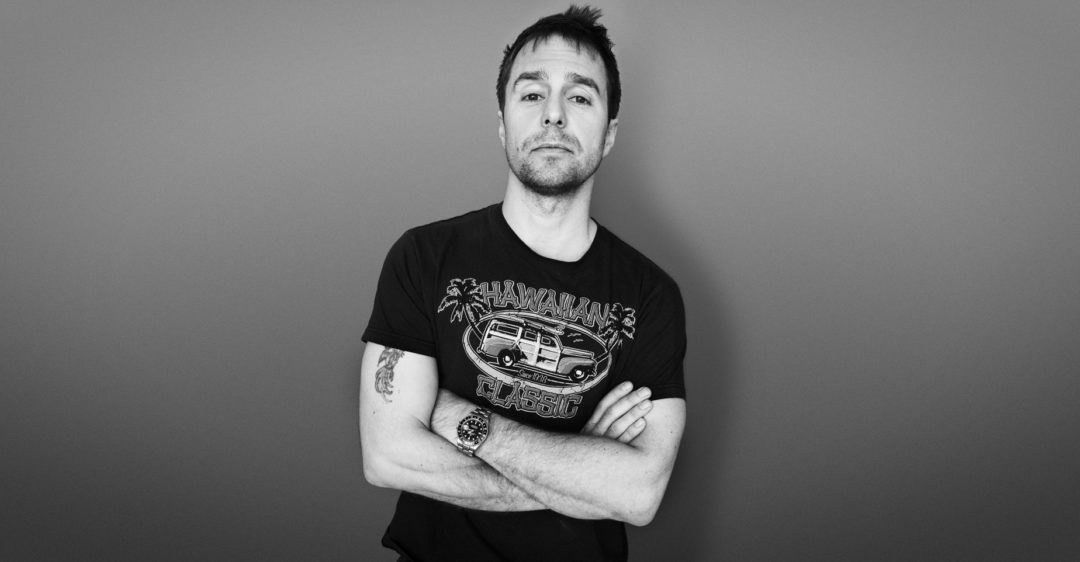 Last week, when I was back to work and had almost no time to prepare for this week’s post, I had a small panic in regards to the first Commercial Break of February. But then it hit me (thanks to Sofia’s monthly recap), that I could just look back at my very successful January, with all its 23 posts (a record of the last few years on this blog), and wrap it up nicely before I really kick my birthday month into gear.

So first up, before I go a little nuts there in the end, all my blog posts in one, linked and ready to be clicked. If you missed something, be sure to catch up because February is going to be another busy month with me posting five times a week again! But if don’t care, skip the links to the part where I go a little nuts (it’s the part with the globe!), because it was 3AM and I was suddenly feeling guilty for not posting that Sam Rockwell Appreciation post like I promised (it’s coming, I promise!).

Across the Universe Podcast had two episodes up in January, on Episode 66 we discussed our Favourite Movies of 2017, and Episode 67 was all about Why The Social Network Should’ve Won the Best Picture.

Also, since January is always the month where I wrap up the previous year, I posted my single Best and Worst list posts during last month. Compared to others my list is pretty simple but maybe next year I’ll wrap 2018 up in a bigger manner: The Best & The Worst: Movies, TV Shows and Music.

I also had a small freak out about all the controversy revolving around Sam Rockwell winning all those WELL DESERVED awards, and decided to fight back. But my way of fighting is apparently passive-aggressive, because instead of telling them directly, I went about it differently and posted a list of my Favourite Performances of Immoral Characters.

So during January I sat down and wrote five movie reviews, which I’m considering a very great number for reviews! I didn’t review my favourite movie of last year yet, but that is up in February – I’m still trying to wrap my head around it and the fact how it has been received by others. The Shape of Water  /  Wind River  /  Lady Bird  /  Three Billboards Outside Ebbing, Missouri  /  I, Tonya.

In 2018 I’m also taking part in the BlindSpot series, created by Ryan over at The Matinee, and hosted by Sofia over at Returning Videotapes. The first movie I saw and reviewed for this years entries was 2001: A Space Odyssey.

I’m also taking part, for the second full year in a row, in the Thursday Movie Picks series, and here are all my recommendations for the January themes (ironically, I discovered I titled the TV theme “movie” by accident but nobody called me out on it, so not going to change it now), Character Name In the Title  /  Once Was Enough (Movies You Don’t Want to Watch Again)  /  Sundance Favourites  /  Television Edition: Book to TV Adaptations .

In terms of movies, I saw 25 movies, 16 of them included Sam Rockwell, 8 of them were rewatches, and one of them I saw twice last month. You can see the list on my Letterboxd account, which you also may follow because I’m 2 followers shy from 100, wink-wink!

In relation to TV Shows, I’m all caught up with Crazy Ex-Girlfriend, but I didn’t continue watching Gilmore Girls like I thought I would. I also didn’t rewatch Daredevil Season 2 and The Punisher like I planned, but I might this month, because girl still needs to review The Punisher! Instead all of that, I watched The End of the F*cking World (review up soon), and binged on iZombie as well. For the latter I will have a sort of anticipation type post up before the next season premiers in February.

This year I decided to make my week even more difficult by adding my own special weekly feature to my blog called Fictional Friday. Though I did fail a little with this one, because I planned on posting monthly TBR lists but I already gave up on those. You live and learn, and I learned that I can’t stick to a TBR, so two of January posts feel a bit silly now but.. oh well. In terms of books read, I did get through four last month, and the wrap up will be up this Friday. The Best & The Worst Books of 2017  /  My Monthly TBR Challenge  /  My January TBR  /  70 Books I Read in 2017.

This is the part where I go a little nuts, because here are my monthly awards, inspired by this very awesome list by Margaret over at Cinematic Corner, also most of the gifs in this section are also by this awesome woman because a lot of these awards are to do with someone who she is also fangirling over. This thankfully provided us with all the drool-worthy gifs to accompany our wild imaginations. Thank you! January wouldn’t have been half this entertaining and awesome without you and one special man mentioned below like a hundred times. (Look at me trying to keep the suspense by not revealing his name, but I’m pretty sure you all know who I’m talking about because I’ve been literally screaming his name on the Internet for a month now! His damn photo is pinned to my Twitter feed for crying out loud!!)

The Movie of the Month: Laggies! (Rewatch, and watched twice in January, and shamelessly live tweeted to the world with screen caps. I don’t do that, or at least I thought I didn’t do that!)

The Man of the Month: Sam Rockwell (BECAUSE OF MANY MANY REASONS BUT ALSO THAT ALLEY SCENE IN LAGGIES, HIS PERFORMANCE IN MOON, AND HIS  AMAZING ABILITY TO WEAR SUITS IN IRON MAN 2!)

The Woman of the Month: Keira Knightley (because everyone keeps leaving and divorcing Rockwell’s characters, but Knightley’s Megan left her fianceé for him AND THAT’S ALWAYS THE RIGHT THING TO DO!)

The TV Show of the Month: iZombie (all three seasons were great, and I really liked the balance between drama and comedy)

The Distracting Other Men of the Month: Robert Buckley and Rahul Kohli (iZombie was so much better with these two constantly making me swoon, also, we needed to take a little break from Sam for a moment because otherwise some of us won’t survive this list… and by some of us, I mean mostly me)

The Most Awesome Moment of the Month: Sam Rockwell winning the Golden Globe (and Fallon pointing out that it is forever, and look at Sam’s face!! That is too adorable, I can’t!!)

“The Can’t Get It Out of My Head” Moment of the Month: The. Powdering. That. Damn. Powdering! (it’s a scene in Welcome to Collinwood)

Too hot to post directly here, so just go look here but you have been warned, there’s no turning back once you’ve seen it, and it will be stuck with you forever.

The Song of the Month:  Justin Timberlake – Filthy (though the rest of his new album seems bland to me, Filthy is still one hell of a good song in my opinion)

The Book of the Month: The Cruel Prince by Holly Black (oh how delicious it was)

The Fellow Blogger(s) of the Month: Cinematic Corner (I sound like a broken record at this point but I think January would have been oh so dull without her!), Returning Videotapes (she posted so many wonderful posts in January), and last but not least, my fellow Estonian Films and Coke is back in the blogging world!

Favourite Tweet by Me of the Month: Also, no explanation needed.

Literally me and @lady_sati every time after we finish watching a Sam Rockwell movie. pic.twitter.com/4II2F3eo22

The Word of the Month: Rock(well)bottom

Thank you all for an awesome January! Here’s hoping February will be just as wild, with me still in Rock(well)bottom and fully committed to this hardcore fangirling!