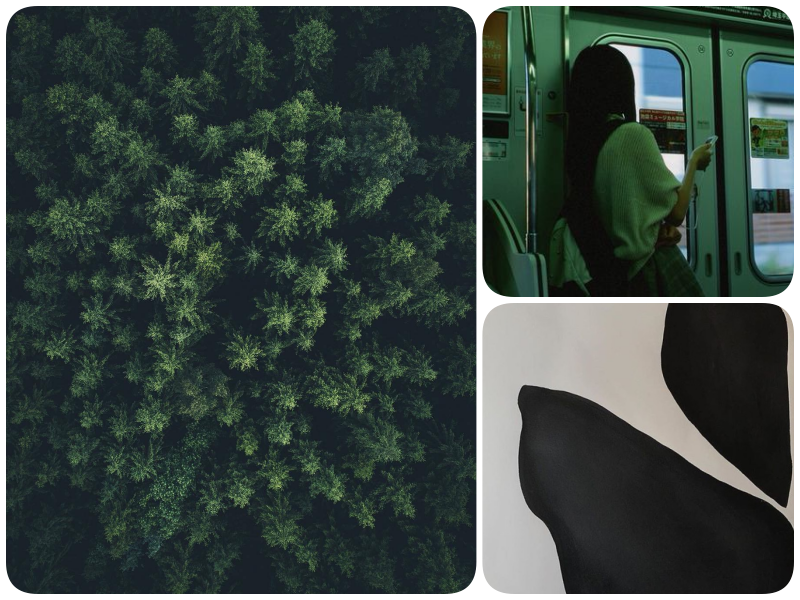 Technically, Netflix didn’t get me by the balls because I have none but it felt like the best possible phrasing for this week’s Commercial Break. Why? Well, I imagine it’s like that feeling of somebody holding your boobs for a really long time, at first you’re like “yes, finally some action”! So you let it happen for a few hours but around hour 8 you start to resent this act of your boobs being held and yourself as well but you feel like once it stops, you’ll feel worse. What I’m saying is that I should have renamed the title to “Netflix Got Me By the Boobs”.

Our next episode should be up tonight, and it’s all about horror! But not your typical horror, movies that aren’t categorised as such but still are scary. We also discuss Weinstein in our new podcast feature called Flicking the News. If not today, the 62nd episode should be up by tomorrow.

STUCK IN THE NETFLIX SPIRAL

I haven’t really been spending much time on anything else during this vacation other than watching Netflix shows. I’m so glad I took the time to catch up to these shows during my vacation because I wouldn’t have had time otherwise. Though, I’m still so very not caught up with Narcos, which is a shame because that’s the sole reason I ventured into Netflix vastness in the first place.

Though after a few days of Netflix fever, I did feel guilty and picked up a few books as well, which means I’m back on track with my challenge. I also had a small hike which I enjoyed a lot, and hence the very nature inspired image to this post. I’m definitely one of those nature-lovers but I rarely have the chance or the motivation to go outside. When I do though, I love it.

So what did I end up watching? Like I already mentioned, I finished Mindhunter in like a day. Then I started 13 Reasons Why and finished that. THEN I went ahead and binged Ozark which I think I ended up loving the most, even though I really liked Mindhunter as well. Ozark was just, it was so refreshing and I’ve always had a soft spot for Jason Bateman. And now I just need to continue with Narcos, which I think I won’t finish before Stranger Things returns. And then my vacation is over and my Netflix binge-days will be limited to one after every two weeks because work is crazy.

I heard good things about Stranger Things so I’m glad to binge it before I head back to work. What I’m not happy about is that I can’t binge The Punisher which comes out a week later. I would gladly switch Stranger Things out with The Punisher because I miss Frank Castle. He was the only reason I kept watching Daredevil’s season 2, and The Punisher is the only Netflix Marvel show I’m interested in. Oh well, one must wait for good things longer I guess, but I hope I don’t see any spoilers before I can see it for myself.

Did watch a movie last week for the Across the Universe Podcast but you have to find out what it was from there. I had seen it before and barely remembered it, but ended up liking it. Not the best movie for me but filled with symbolism that could be translated in many ways. It’s especially worth to mention that it has a strong link to the Weinstein topic, which in itself is scary and eerie.

Also saw The Snowman but you all know how that turned out.

As I mentioned before, I did some reading over the weekend and caught up with my reading challenge. I finished John Green’s recent book Turtles All the Way Down in a day and liked it. Green’s writing style isn’t my preference but his stories always have a deeper meaning. Besides, Green has a way to connect with his younger readers and I know so many teenagers can resonate with his books, which is why I admire and appreciate him nonetheless.

Picked up Kasie West’s newest young adult novel By Your Side because I saw Maria from Big City Bookworm mention it as light and fluffy. At the time light and fluffy was exactly what I was looking for so I read it as well. Turns out, it wasn’t as light yet still managed to be fluffy, so I still I liked it. It’s not my first Kasie West novel, and not my favourite (The Fill-In Boyfriend remains #1), but she has a knack for creating likeable characters. I felt like the ending was a bit rushed but the romance element was pretty slow burn so there was sort of a balance there I enjoyed.

Now I’m still trying to get through Erika Johanson’s The Fate of the Tearling and it’s slowly picking up. I feel like after the initial shock of the second novel wore off, I became less interested in the trilogy. But I will finish it, I just need to distract myself with various other novels. Such as Mariana Zapata’s Dear Aaron, which is an adult romance novel about a girl writing to a soldier. So far it’s alright, but the letters are bothering me a bit. Like, a letter every now and then but the whole novel as letters sent back and worth, it just doesn’t appeal to me. Zapata herself though is probably one of my favourite adult romance writers. She just knows how to slow the romance down to a flicker, and then keep that flicker burning almost until the end before it explodes.

Stumbled onto this one by accident, but turns out it was a really good accident.

Brittani shares her thoughts on The Meyerowitz Stories (New and Selected)

Find out what m.brown thought of the Battle of the Sexes

0
Tags: 13 Reasons Why, Across the Universe Podcast, CB, Commercial Break, John Green, links, Mindhunter, Narcos, Netflix, Ozark, Stranger Things, The Fate of the Tearling, The Punisher, Turtles All the Way Down