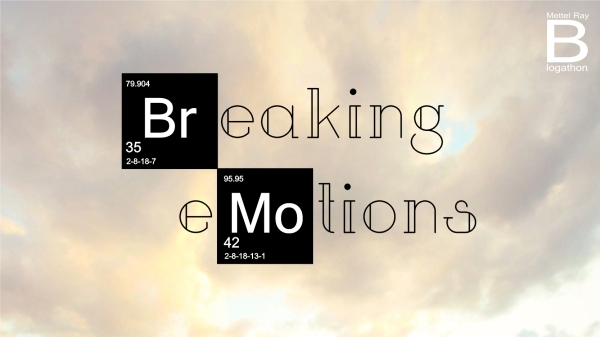 Since November has ended, it’s finally my turn to start Breaking Emotions before the Blogathon deadline drops on the 16th of December – and as you can see, I’m cutting it close and therefore tackling 2 weeks worth of emotions at once! For those who haven’t yet participated, or this is the first time seeing this Blogathon at all, check out this page for a little bit of information and start breaking those emotions.

Now, I have to admit, when I created the Blogathon I didn’t really spend a lot of time thinking about my own personal choice of scenes and after reading so many of others, I’m in a bit of a rough spot. So many scenes, so many different choices and my head is spinning just thinking about it all. But since I created Breaking Emotions, I’m gonna man up and share with you all the scenes that create the emotions I had chosen to break throughout November. First up, FEAR, AWKWARD, TEARS and SURPRISE.

Since I’m not a fan of horror movies, it was pretty difficult to pick the three scenes that have frightened me but I managed with a little bit of help. Now, the American re-make of Grudge is probably not as scary as the original but I was still scared shitless when I watched this alone in the dark – the best time to watch horror movies. Taking showers wasn’t the same after that, then it was fine and now as I relived this moment, I think I’m scared again.

This isn’t actually scary per say but the idea of being utterly alone scares me a lot and it brings on this different kind of fear that I can’t shake. Empty streets of London, a guy who has no idea what’s going on – I’d be afraid!

I’m bringing out this scene where she watches over her boyfriend or husband (I’m not even sure) but to be honest, the whole movie was scary as fuck. And I managed to watch it, not alone but still in the dark which did not help. I think it was a very clever horror movie as well, simple, cheap and full of moments that had me full of fear the whole way through.

Let’s bring on the classics, this emotion will have two good awkward moments and the “hair gel” scene is one of the good ones. It’s just so awkward, the entire movie is filled with that emotion to be honest, but in a good way because Stiller and Diaz have this weird comedic chemistry that just works.

Now this is something that I call a bad awkward feeling which is something that makes me cringe every time I think about it. I did not laugh at this, I just simply couldn’t. Maybe I have now lost my ability to enjoy awkward things like I have during the past (the previous and the next scene are good examples) but the latest awkward scenes are just not my cup of tea. PS: why in the world is the cute Sookie from Gilmore Girls turned into a repulsive woman in every single movie? You’re better than this, McCarthy!

Nothing will ever trump this awkward moment in the history of movies because just.. I mean, perfection!

When the son, who has somehow lost his likeness towards stories, tells a story to his father on his deathbed about escaping the hospital and dying among the friends he has made throughout the years, I just… tears! It’s even sad to think about it now.

Stupid, stupid, stupid movie! I can’t even think about this without tearing up and I guess I’ve chosen all the right moments for this emotion because I’m already crying a little. I mean.. they died and she lived with that guilt for so many years. And look at poor James, he looks so sad and cold and.. this is such a stupid, stupid movie!

As for my most tearful scene, I’m just gonna go with Amour and every scene in that movie – seriously, I cried in the beginning, in the middle, in the end, during the little bits in between! This is simply the most tearful movie I could think of and I can never rewatch this because I’d be scared to cry that much again.

I’m sorry for not remembering the scene as precisely as I should, I saw this years ago and my memory is a bit shuffled but the feeling of surprise is still fresh in my mind. The twist in the end came out of nowhere and yet, it made so much sense! Sometimes twists are a bit messy and illogical but with The Others it was perfect.

With this I could have gone with the twist scene but it was the obvious choice, therefore I went with the ending, the surprise moment when the viewers are left to wonder if he is or is he not. I mean, such a surprising and yet a sad ending.

That scene will never leave my brain and that smile is haunting me forever. What a surprising end to a great movie!

Turns out it wasn’t as bad as I thought it would be but the TEARS emotion is still making me a bit emotional so I better stop thinking about it and go back to work. Yes, work is taking a lot out of me these days, and even today, on my day off, I was asked to go to work again. But while I’m busy with working, let me know in the comments what you thought about my choices.