I thought I had been great at not buying books for a while but turns out that it was just a lie I told myself, and in just a few months, I still managed to accumilate 10 books. I thought I’d share the list of books I bought in book form, few of which I’ve read, some of which I’ve yet to pick up, and most of them being young adult because I just like it that much!

Fellside is a maximum security prison on the edge of the Yorkshire Moors. It’s not the kind of place you’d want to end up. But it’s where Jess Moulson could be spending the rest of her life.
It’s a place where even the walls whisper.

The long path to the throne has only just begun for Aelin Galathynius. Loyalties have been broken and bought, friends have been lost and gained, and those who possess magic find themselves at odds with those who don’t.

In a world where ash falls from the sky, and mist dominates the night, an evil cloaks the land and stifles all life. The future of the empire rests on the shoulders of a troublemaker and his young apprentice.

SAPIENS: A BRIEF HISTORY OF HUMANKIND by Yuval Noah Harari, 2014

100,000 years ago, at least six human species inhabited the earth. Today there is just one. Us. Homo sapiens. How did our species succeed in the battle for dominance?

HOLDING UP THE UNIVERSE by Jennifer Niven, 2016 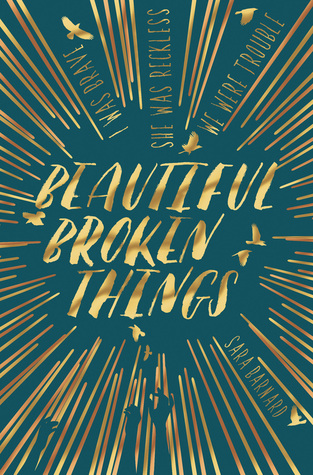 Best friends Caddy and Rosie are inseparable. Their differences have brought them closer, but as she turns sixteen Caddy begins to wish she could be a bit more like Rosie – confident, funny and  interesting. Then Suzanne comes into their lives: beautiful, damaged, exciting and mysterious, and things get a whole lot more complicated. 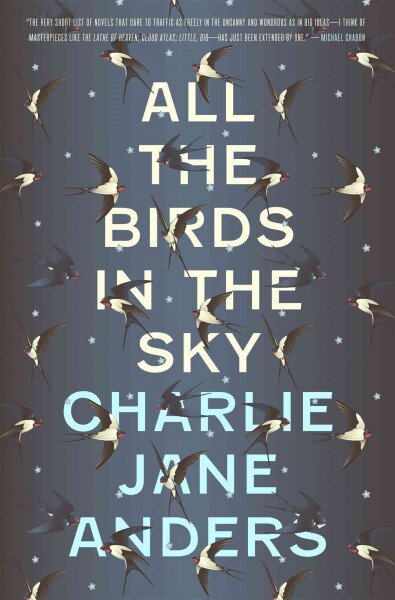 ALL THE BIRDS IN THE SKY by Charlie Jane Anders, 2016

Childhood friends Patricia Delfine and Laurence Armstead didn’t expect to see each other again, after parting ways under mysterious circumstances during high school. After all, the development of magical powers and the invention of a two-second time machine could hardly fail to alarm one’s peers and families.

THE RAVEN BOYS by Maggie Stiefvater, 2016

Every year, Blue Sargent stands next to her clairvoyant mother as the soon-to-be dead walk past. Blue never sees them–until this year, when a boy emerges from the dark and speaks to her.

All summaries are taken from Goodreads.